Dr. Phuntsog Wangmo attended the 100th Anniversary of Men-Tsee-Khang in Lhasa, Tibet, China, on September 13, 2016, as a Khewang of Tibetan Medicine, or publicly-recognized scholar.

Here is a news piece with some more info about it, including something about her:

Excerpt from the China Daily:

Phuntsog Wangmo, director of the International Shang Shung School of the Tibetan Medicine, presented a thesis entitled “Tibetan Studies Overall and Particularly Tibetan Medicine Development in the Western World” to the forum.

“Overall Tibetan Medicine as a traditional medicine is not standardized in many countries. However, in countries like Germany and Switzerland, it is not a prohibited practice,” Phuntsog Wangmo said.

She also said the number of Tibetan medicine organizations and clinics is rising in Western countries, such as the United States.

Founded by Chogyal Namkhai Norbu in Italy in 1980, the Shang Shung Institute is dedicated to spreading knowledge of Tibetan medicine and Tibetan culture. It has branches in the US, Argentina, Australia, Spain, Venezuela and Russia. The institute has worked with many universities and colleges around the world.

It has been working with the Tibetan Medical College of Qinghai University, with both sides agreeing to operate student exchange programs. 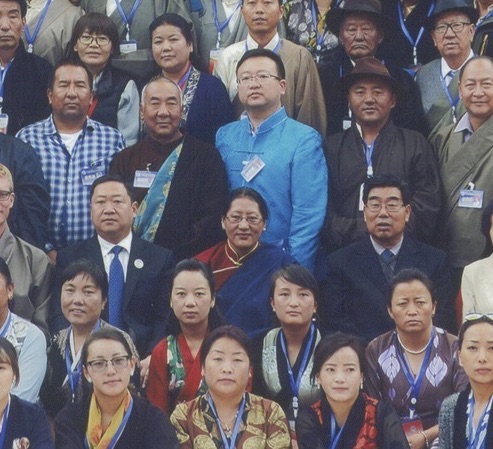