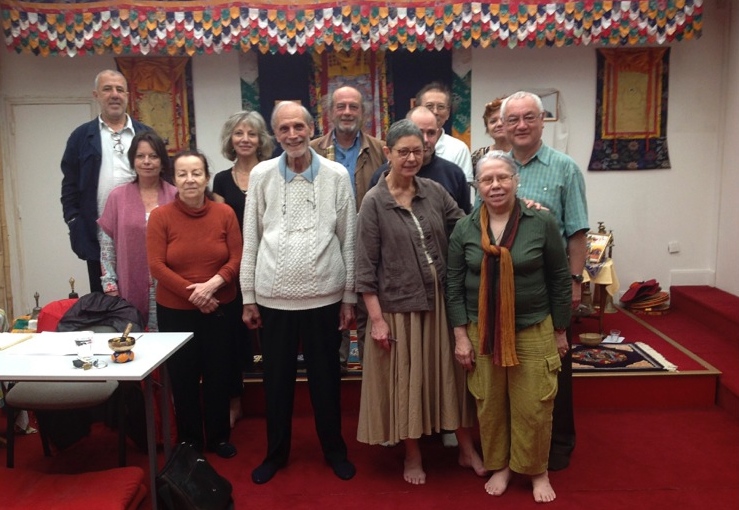 [Last June , a public conference and a week-end retreat on Santi Maha Sangha with Igor Legati took place in Paris in the Sangha Loka meeting room [a Karma Kagyud center].

Integrating the calm state in movement could be the task of several life times. A two day glimpse of SMS base training seemed too little even with the public conference from the night before. Nevertheless Igor Legati succeded to give us a real inspiration as well as a welcome refreshment for the stale pratitioners who came.

His exposition of the Base level with the aspects of the different paths of Sutra, Tantra and Dzogchen was replete with many exemples, practical applications (semzin of the white A) and with some elaborations – authority doesn’t function in Dzogchen (the Master is not the authority, but wisdom recognised by all). Chögyal Namkhai Norbu is the only totaly Dzogchen master beyond all the schools of Vajrayana… the sessions were concluded with a practice each day like a Gana Puja or a Tun.

It was the only teaching we received [in Paris] this year and even if we were only very few (due to the busy Parisien lifestyle), we left feeling better than when we arrived with the desire to do it again.

Thanks also to Elisabeth Crouzet to have given so much energy in organizing these three days.