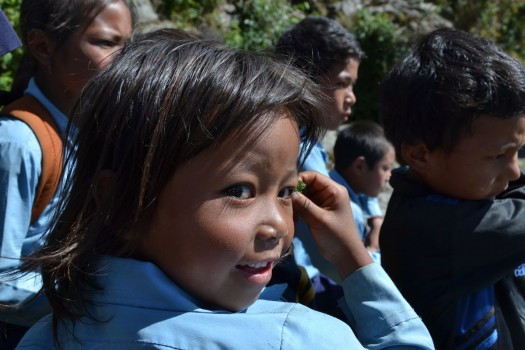 All photos by Daniela Riva

I came to Nepal in early September to work within ASIA Onlus Nepal in education related programs for six weeks. Four months had passed, relief work was going on and people finally had the energy and strength to talk about the earthquake. My plan was to focus mainly on the severely hit Rasuwa district. The area suffered serious damage during the main earthquake and hundreds of aftershocks.   Since I have worked with education for the greater part of my working life, I wanted to understand how the children had experienced the earthquake, and how they were recovering. I also wanted to give my concrete support in the best possible way that I could.

I did not manage to meet many children though, not to mention having conversations about the topic. Not at all. My time was too short. You need to stay with the same children for some time, get to know them well, and build up a good relationship, which is close to friendship. This did not happen, but what happened was that I met many organizations that are involved in psycho–social activities with teachers and other school officials, with the purpose of identifying the children suffering from earthquake traumas and shocks. So this article will talk about children’s reactions and feelings as told by the adults who faced the children’s immediate reactions as parents, teachers and education officials. The long-standing work of ASIA in Nepal was re-focused to take into consideration the earthquake damages and the living conditions in the communities.

Regular ASIA activities before the earthquake

ASIA started working in Nepal in 2008 implementing their programs mainly in two districts, Kavre and Rasuwa. Their activities have focused on improving the quality of education by building schools, delivering scholarships for children, developing water and sanitation systems and developing environmentally sustainable livelihoods. 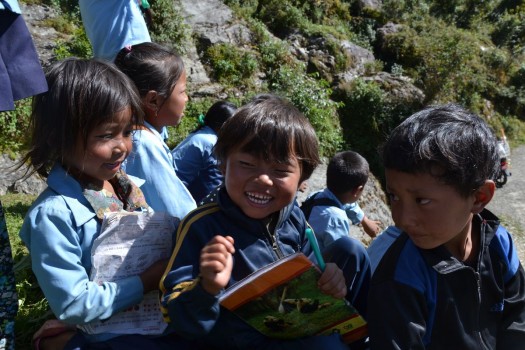 In northern Nepal, in the VDC (Village Development Committee) of Yarsa and Saramthali (Rasuwa district), where the destruction was total and 95% of the buildings collapsed, ASIA was the first to arrive. ASIA is building 29 temporary classrooms in order for activities at 18 of the schools that collapsed to start up again and to allow 1,698 children to go to school.

In the VDC of Saramthali (Rasuwa District) ASIA has helped more than 6200 people with the distribution of materials for the construction of shelters (huts) to protect themselves from the monsoon this year, and in the VDC of Baluwa (Kavre District) ASIA is helping 11,200 people by distributing shelters (huts) and 1600 kits of seeds of local horticultural crops, tools, natural fertilizers and pesticides in order to restart the economy of this area as soon as possible. ASIA’s efforts focused on post-earthquake reconstruction: the aim is to train local staff to rebuild villages and schools with traditional materials using anti-seismic techniques.

During the time I was in Nepal ASIA was organizing truck transport to bring building materials, tool kits, bamboo for building beds, blankets to survive the cold winter weather soon to come, solar panels and food to the villages which had suffered severe earthquakes. Due to political reasons Nepal is also suffering from fuel and gas shortages, which make the lives of the people in the villages even harder.

The planning of the new projects “Enhancing Livelihoods in the earthquake hit areas” focused on promoting cultivation of non-timber forest products, medicinal and aromatic plants among farming communities in the Rasuwa district. The partners preparing the project proposal include ASIA Onlus, the Nepal Agroforestry Foundation and the Non Formal Education Centre.

Where were you during the earthquake?

The questions asked all the time during my stay from both adults and children was, where were you during the quake? Luckily the 7.8 Richter quake took place on Saturday. The children were not at school and adults not at work. However, depending on the focus area, many children were hurt and everyone saw the consequences. The Rasuwa District Education Office Planning Officer told us about the saddest experience. There were children playing in the schoolyard when the earthquake took place. An open area is a safe place in general and those who stayed outside survived. Some children had attended training on what to do in case of an earthquake and immediately remembered that the safest place is under a table. They ran inside the school and died because the whole school collapsed. According to the Planning Officer, the children were given contradictory information by the organizers. 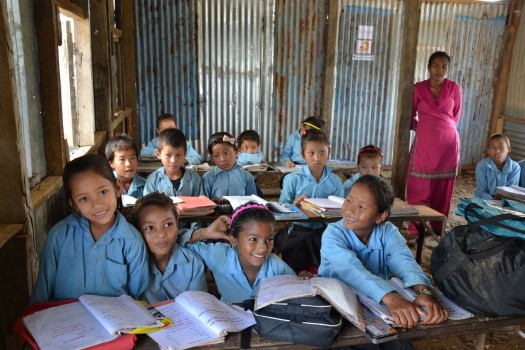 There are of course many children among the 8,600 dead and the 16,800 wounded after the quake. 2.8 million people have been forced to move away from their homes because of damages and most of the people in the houses that have collapsed have children. Those families were given a space to live in temporary houses in the camps prepared for internally displaced people (IDP). Those houses, as well as the temporary learning centers (TLCs) were built of iron sheets. TLCs are built to serve as schools as long as the permanent learning centers are built within the next 2-3 years. Teachers and NGO representatives agreed that it is hard for some children to study in the TLCs because they can be hot in the summer, slightly cold in the winter, and make a noise during the rainy season. Parents, children and education officials hoped that the construction work of the permanent learning centers, permanent schools, would be faster as planned.

The principal of one school in Rasuwa said that the school was closed for one month after the earthquake and another month during the rainy season. It was simply impossible for children to come to school. At this school one building with two classrooms totally collapsed, the toilets collapsed and the children’s playground was damaged. The principal went on to say that even seeing the new temporary constructed buildings makes children remember the earthquake and they get quiet and sad. We were also told that the very fact that many children saw so many dead people makes them sad and tired. Some teachers in the remote areas also travelled to their home areas, e.g. to the capital Kathmandu, to rest and get over the earth shocks and traumas. There is an obvious shortage of teachers as well, said the principal.

I learned that there are many organizations arranging training for teachers on psycho –social counseling. In Rasuwa ASIA has already carried out two training programs of two days in collaboration with Global Action Nepal and Langtang Area Conservation Society. The teachers for the training came from the villages where ASIA was already active before the earthquake. I was very pleased to get a chance to attend the third training session with eighteen participants from Yarsha village.

Practical exercises covered different teaching-learning methods, such as linguistic, interpersonal, spatial, intrapersonal, naturalist, logical/mathematical, bodily/sport-related and musical activities. Children can, for instance, learn by combining these methods through play, sports, dances and outdoor activities. The games which include moving in the class, finding questions and answers on small pieces of paper, allow fun and relaxation while learning. In between the practical exercises, facilitators gave theoretical background on the symptoms of disturbed and traumatized children’s behavior: the children may urinate in their bed at night, suffer from regression, aggressive behavior, unwillingness to go to schools, start staring, be monotonous, be nostalgic, start weeping, isolate themselves, not go to school or have epileptic symptoms. Parents who do not know how to solve the situation often contact traditional healers in search of help. The guidance given by the facilitators was clear. Fear is not always bad. It is good for self-protection and awareness. Most important of all possible methods are love and care and to remember that sharing is caring.

Towards the end of the two-day training the four groups shared their own feelings about memories of peaceful, sad, angry and happy moments in life. We heard about the teachers’ memories of fishing in a peaceful lake, sad feelings when they themselves were at school and were punished and even beaten by their teachers, anger when they were blamed without reason or when they quarreled with classmates and happiness when they were with friends, received nice presents and even when parents found a lifetime partner for a young man and prepared the marriage ceremonies.

Children who lost both their parents 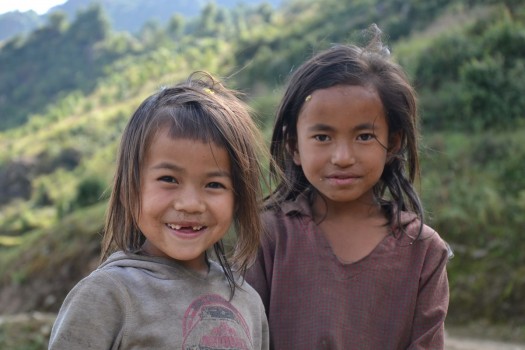 According to the child rights organizations there are 600 orphanages/children’s homes where about 16,000 children are living. Many children have moved away from their families and communities since the civil war started over ten years ago. After the earthquake there have been a lot of cases in Nepal where parents have sent their children to children’s homes on false promises. There are people in Nepal who try to benefit financially from the situation by establishing children’s homes and collecting money from international supporters.   Child rights organizations and UNICEF have started to inform parents about these activities by establishing so called Child Friendly Places in the area of internally displaced people camps. Parents and children’s relatives are advised by the organizers not to give their children away. The organizers also ask the parents questions such as, what they think children need for growth, how parents and relatives think that can be achieved, and what the guardians see as challenges to their children’s development.

ASIA is going to rebuild the schools destroyed by the earthquake in the VDC of Yarsa and Saramthali in Rasuwa District, in order to give to the children a protected place where they can start to rebuild their future.

ASIA’s activities support both long term and emergency education development in the districts of Rasuwa and Kavre. Children need a good and safe physical learning environment, as well as teachers and parents who can support them and give guidance when disturbing memories from the earthquake unsettle their minds.

Participate in the campaign, visit the webpage www.asia-ngo.org/emergency