For the sake of accuracy, we would like to communicate a clarification regarding the biographical dates of Rigdzin Changchub Dorje (Rig ’dzin byang chub rdo rje, 1863–1963), Chögyal Namkhai Norbu’s root teacher. For many years, various sources, including our own, have cited divergent dates.
However, according to the biography of Changchub Dorje titled Rig ’dzin chen po byang chub rdo rje’i rnam thar dad ldan thar lam ’dren pa’i shing rta (The Chariot That Leads the Faithful to the Path of Liberation), written by his grandson Karwang Rinpoche (Gar dbang rin po che), he was born early in the morning on the tenth day of the seventh month of the Water Pig year of the fourteenth Rabjung, corresponding to Monday, August 24, 1863. He passed away late in the evening on the twenty-fifth day of the twelfth month of the Water Tiger year of the sixteenth Rabjung, corresponding to Tuesday, February 19, 1963.
We consider these dates definitive and will cite them in all future reprints and publications. We ask that anyone publishing material on Changchub Dorje in any language do the same. 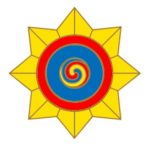