Buddhahood in This Life
The Great Commentary by Vimalamitra 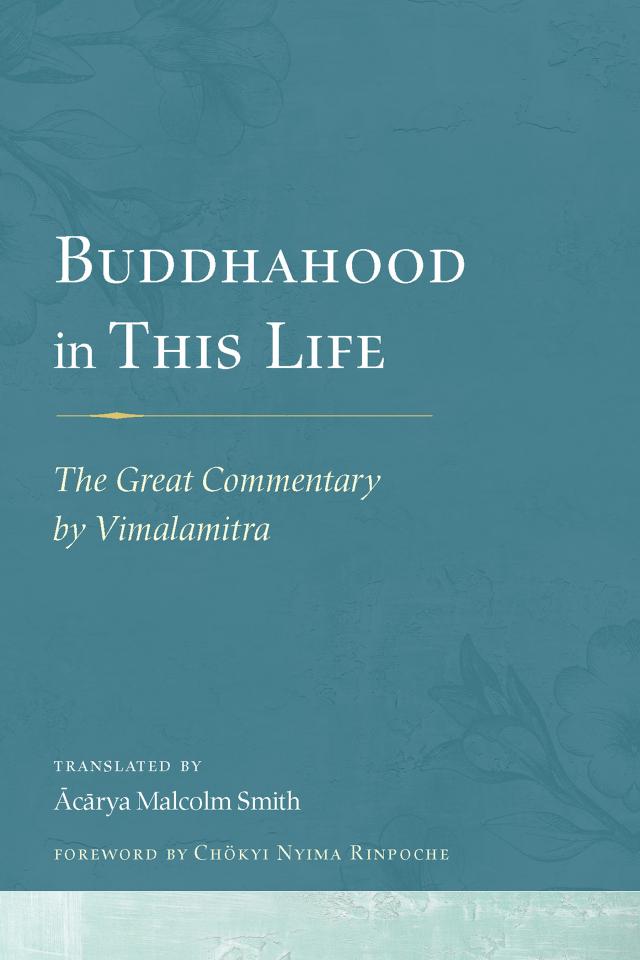 Some fifty years ago as many of us were awakening to the profound teachings of the Buddha in our youth, there were few resources to educate oneself in our own native languages – a handful of popular books here and there; then the advent of Asian trained Masters engaging the first generation of Westerners coming into contact with them. They too were often in need of translators to communicate the full transmission as they had received in their training. 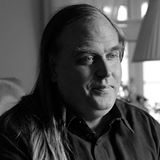 Then, don’t forget, there was no Internet, to research and acquire texts from online venues as today. One had to rely solely on the happenstance of finding texts and commentaries in neighborhood bookstores, libraries and academic library holdings. Beginning in 1968 for me, it seemed like following a crumb trail from book to book until I actually met a Teacher–each morsel an eye opening experience keeping the flame of my seeking alive.

Even more rare than commonly rare was an opportunity to meet with the teachings of the Great Perfection we call Dzogchen – either through publications or in person. Today, there are thousands of titles published in Western languages about Tibetan Buddhism. Amazon.Com currently lists 11, 388 titles in English alone. Sophisticated translation projects and the promulgation of academic departments specializing in the entire trajectory of Buddhism from earliest Sutra to Dzogchen are flourishing. But foremost, there is the presence of authentic lineage holders to whom we can directly receive teachings from. With the continued advent of web technology, one can furthermore receive teachings from the armchair of your living room or in your pajamas, if you will, without the perilous travel of ancient times or the cost. How special is that!

I recollect once traveling with Chögyal Namkhai Norbu and a small group of us from Shang Shung Institute in May 2002 during his Cambridge, MA retreat to visit Gene Smith’s famous archive before it moved to NYC. Rinpoche was very happy to receive digital MP3 of some texts by Mingyur Dorje. As many know, the late Gene Smith for decades collected rare Tibetan texts and created a digital archive now known as the Tibetan Resource Center. Riding in the car afterwards, Rinpoche commented that in Tibet it would have been almost impossible to receive such complete text copies. When discussing his own commentary on the Dra Thalgyur commentary he gave mostly in 2010, again I heard him speak of his arduous search for missing or alternate versions in order to compare the differing version and find the missing pieces while correcting many mistakes. In short, it is not so easy. Knowing this we pay homage to all (past and present) who carry the torch of rare knowledge forward unwavering in their resolve no matter what obstacles or hardships. For today we are the recipients of such a magnificent bouquet of knowledge as those who follow us will be too.

Still, a publication like Buddhahood in his Life is indeed a rare occurrence. It represents an important stream of treasure teachings, which for millennia were kept alive as an oral tradition embedded for later discovery as Term, whose historical overview is given in the book’s introduction. Largely secret, we now have direct access to these teachings in a manner unparalleled to previous generations. More importantly, we have direct transmission through the few living Masters linking the intellectual/historical context to our personal realization in “This” very life– the key to Vimalamitra’s summation of the 17 Tantras in his great commentary. It is precisely this commentary that later inspired Longchenpa as it will, no doubt. us too.

As the world struggles in endless strife and disharmony, some refer to as the Kali Yuga, it seems that this moment in time presents a counterpoint for those fortunate to take an interest, let alone practice thoroughly. For individuals in the Dzogchen Community, especially those participating in Santi Maha Sangha Training, a text like Buddhahood in This Life will resonate with great familiarity among the many quotes and themes we have already been introduced to by our own Master, Chögyal Namkhai Norbu – an amazing scholar of uncommon depth and range whose Longsal teachings reveal the revivifying range of his own Terma in these times. Reading such a text in the mind stream of a living transmission like ours is quite different than mere intellectual or academic curiosity. We must never forget this. However, for those fortunate who have already received introduction, there is no question that one’s understanding of the view will evolve. To be able to read in its entirety such an extraordinary text, which represents the earliest commentary on the 17 Upadesha Tantras organized cogently into eleven topics from the Basis to the Great Liberation, can only be considered a special circumstance.

Acharya Malcolm Smith’s excellent introduction presents an important synopsis of the historical and linguistic context with great subtly. I especially loved his exegesis on the various Sanskrit and Tibetan terms for “mind, “ a theme I have become increasingly interested these days, as I get older. Furthermore, with his editors he has managed to illuminate the deeper meanings for those who already have an introduction by employing language, which rises above the cursory pedantic sometimes characteristic among these Upadesha texts to a refinement waxing poetical at times.

Equally useful was the bibliography of texts quoted and a Tibetan language equivalent glossary at the end.

As I am ill informed about current trends in Translation, while reading the text, still I was so amazed at the judicious translations into English. For instance, “Dzogchen” becomes the “Great Perfection” so simple really to employ that designation rather than the cumbersome word many can not pronounce properly, especially new people. I could include many fine quotes here but I would like to respect the samaya aspects of these teachings. If you can afford to get the book or join up with some friends and purchase it together, you won’t be sorry!

The careful attention to detail is an act of loving generosity. The entire book itself is artful with excellent production value Wisdom Publications is so well known for.

In praise, I say, to quote the Buddhas and Bodhisattvas themselves, “Well Done, Well Done.”