From Merigar West with Love

Over three evenings in June, Giorgio Dallorto taught a condensed course in Tibetan language and calligraphy in the Tsegyalgar East Schoolhouse library. The class focused on the Seven Line Prayer invocation to Guru Rinpoche, which, as Giorgio explained, is like a ‘Rosetta Stone’ tool for a quick introduction to Tibetan language:  alphabet, words, grammar, and sentence structure, as well as it’s spiritual meaning. 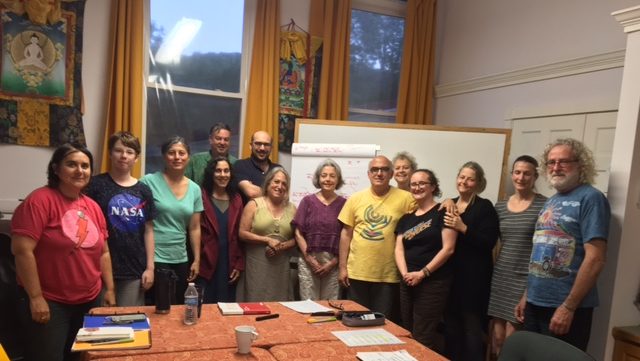 We started with a rapid fire introduction, or a possible review, of the Tibetan consonants and vowels. Attempting to achieve stylized calligraphy with the appropriate pens added challenge and joy to the exercise. As Giorgio put it, to become qualified in Tibetan language, you must fall in love with it. Calligraphy greatly enhances the romance. On the second evening we plunged into writing the verse, coming to an understanding of the construction of word, sentence, and meaning more or less simultaneously. After three evenings we had gained a deeper comprehension of the language as well as of the Seven Line Prayer, and had developed a thirst for more! 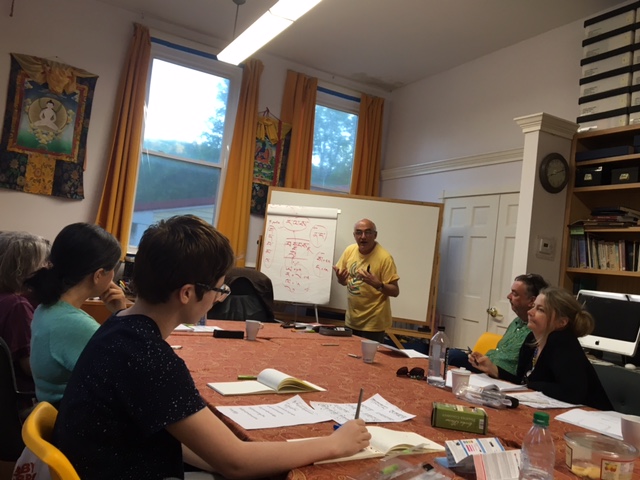 On another day during his one week visit, Giorgio gave a talk on the history of Tibetan currencies. This was a topic that I’d never given much thought to, but, of course, as the talk illustrated, currencies provide a vital documentation of political and cultural history.  The history of the local currencies in the Tibetan region illustrates the interplay between the neighboring countries’ regimes and the sovereign Tibetan government that has occurred over the centuries.  In the case of Tibetan coins and paper money, as shown through Giorgio’s slide show and personal collection, currency is also an accomplished art form, with beautiful imagery of Tibetan culture and spirituality interwoven throughout. 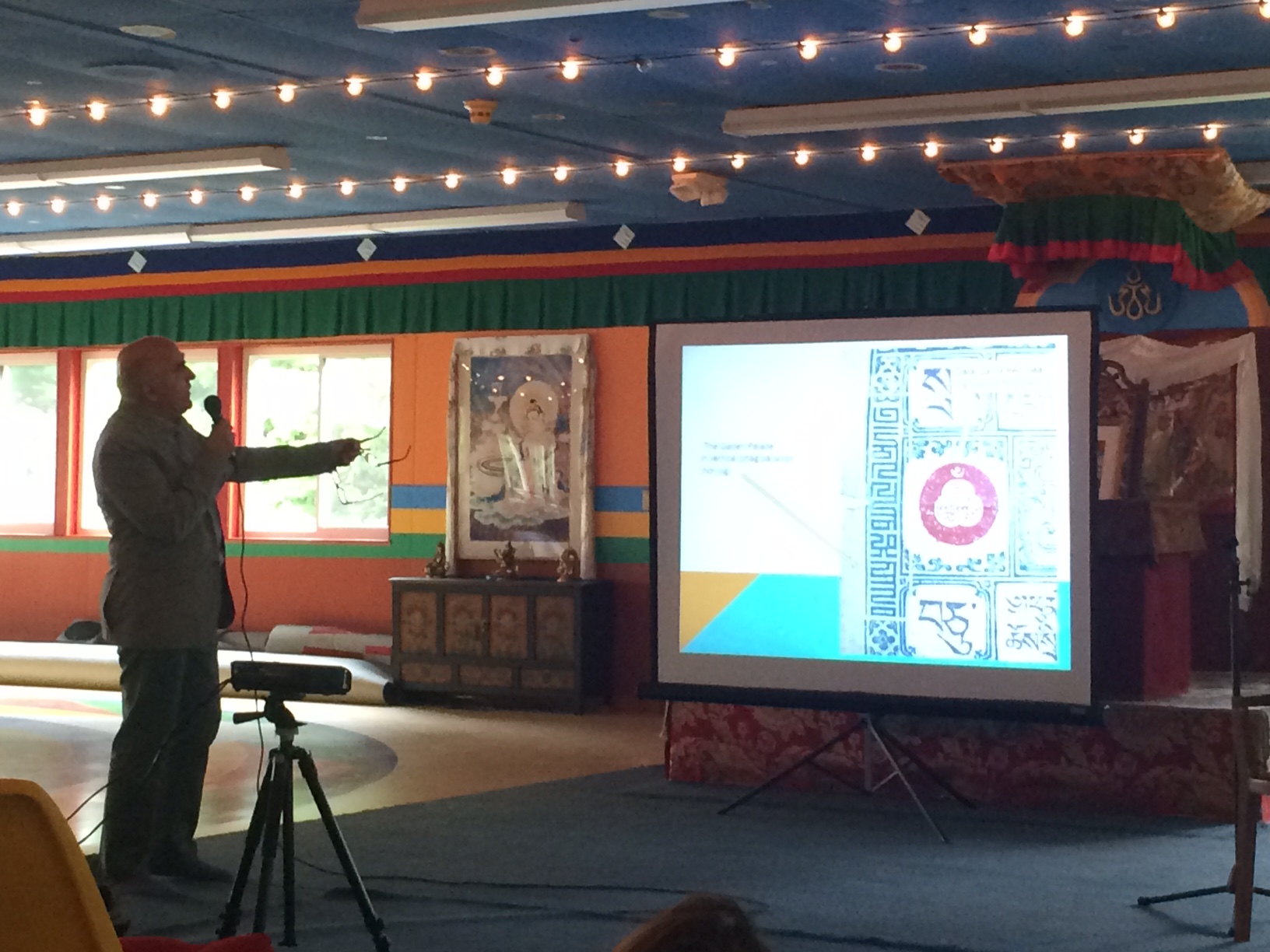 As the talk took place during an Open House weekend at the Gar,  a couple of elderly townspeople wandered in just in time for the talk. I wondered what they might find interesting about it, but they, like me, found the talk more interesting than they might have expected!

Giorgo Dallorto has been a student of Chögyal Namkhai Norbu and Tibetan culture in general since the 1970’s.  In recent years he has studied Tibetan language and calligraphy with Fabian Sanders and Tashi Mannox, respectively. Giorgio’s visit to Tsegyalgar East revealed to us yet another wonderful resource of the International Dzogchen Community and Shang Shung Foundation, and provided a demonstration of the rich knowledge that has been imparted through these institutions over the years. We look forward to more classes with him in the future!