Reflections on Life, the End of Life, and Death 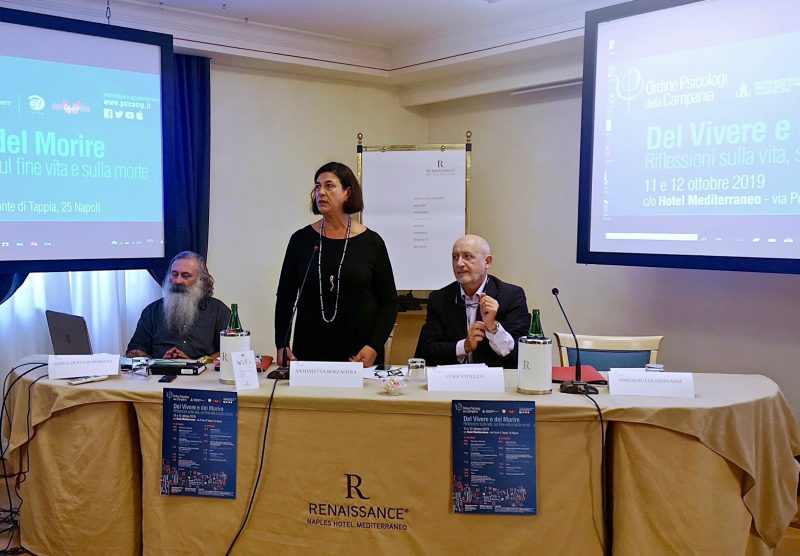 There is a little known science, although it concerns all of us inhabitants of this earth: thanatology. In the more widespread meaning it deals with the modifications of the corpse for medical legal purposes, but in the most complete sense it is a study of all the anthropological, psychological, ethical and spiritual aspects related to the end of life.

The contemporary world, especially the technologically developed Western world, seems increasingly to want to remove the elementary reality of death: it is an uncomfortable, frustrating idea, it brings us back to the fragility of our being, to the limited nature of our means, to having to look at the real meaning of our lives, which we try to fill more and more with surrogate gratifications.
In my work as a psychotherapist I frequently find myself having to work with mourning and I have often met people who are already mature, socially independent, but who find themselves unprepared for the death of a parent, lost and confused in the face of an event that is certainly predictable. Even more, I believe, we are all faced with the inevitability of the end of our lives.
Since we are not used to talking about things that frighten us, and silence and repression increase fears, I believe it is important to interrupt this vicious circle.

I had the opportunity to meet Guidalberto Bormolini during the meetings he held at Merigar on the issues of end of life. Father Guidalberto is a monk and priest in a community of Christian meditation: I Ricostruttori nella preghiera. As a Thanatologist, he teaches this subject in a Master’s degree at the University of Padua and in the Master’s in Palliative Care and Pain Therapy for psychologists at the University of Bologna. He also founded the “Tutto è Vita” Association, for spiritual accompaniment in diseases and in dying.
During the seminars that I followed, I was struck by the lightness with which he and his assistants were able to treat such a difficult subject, while going into the depth of the mystery that inevitably surrounds death.

Convinced of the importance of sharing as much as possible the discussion on these issues, I thought that the Namdeling Dzogchen Community could invite him to Naples and I also involved Antonella Bozzaotra, president of the Order of Psychologists of Campania, a student of Chögyal Namkhai Norbu for many years and a longtime friend. Antonella immediately accepted this proposal and in a short time we organized the seminar “Living and Dying”. 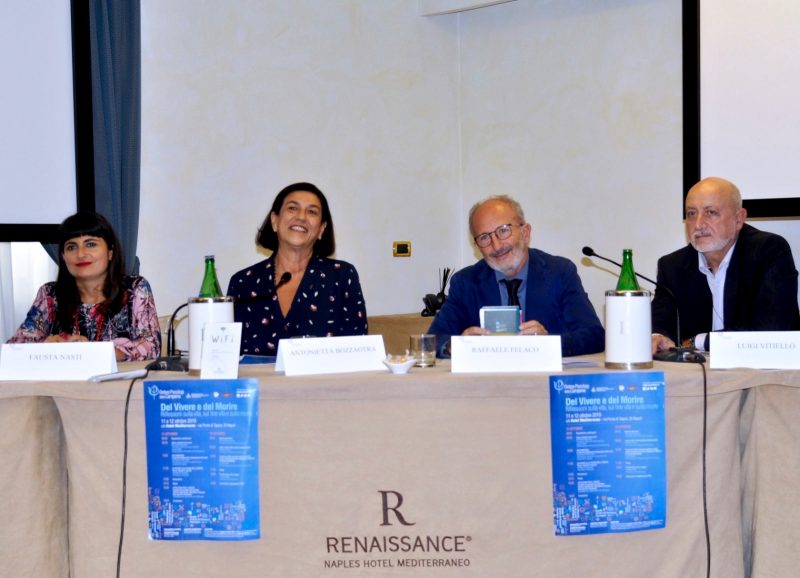 The event took place over two days, 11 and 12 October in a room usually used by the Order of Psychologists for conferences at the Hotel Mediterraneo in Naples, Italy. Friday 11th, opened by Dr. Bozzaotra, was reserved for Father Guidalberto and his assistant, Dr. Annagiulia Ghinassi, psychologist, who spent the morning presenting the “Ars Moriendi” in its anthropological and psychological aspects, treating in particular the themes related to the fears associated with death, while in the afternoon they carried out an experiential and introspective program, directly involving all the participants.
On Saturday October 12 there were the interventions of Dr. Fausta Nasti, a psychologist, who works in a Hospice and who passed on her experience in contact with terminally ill patients and their families; mine, centered on the vision of death in the Buddhist tradition, and that of Dr. Raffaele Felaco, who runs a clinic for psychological support for mourning and treated this difficult topic with great sensitivity and communication skills.

The response of the public confirmed the importance of the event: the psychologists who were present all agreed that the papers were a useful contribution to the debate and many of the participants, with their targeted questions during the final round table, and through personal contact, indicated how important it was to have finally been able to break the silence surrounding this topic.

As I said at the beginning, avoiding awareness of death increases fear of it. This fear, which has become hidden and unexpressed, makes us more fragile and leads to a distortion of the perception of the value of time and of the meaning of life itself. I believe that occasions that communicate about these themes and make people aware of them are particularly important, just like this one managed to do.