An Interview with Louise Landes Levi on Publishing Her Book

A Selfie for the Mirror

What led to the publication of Crazy Louise? 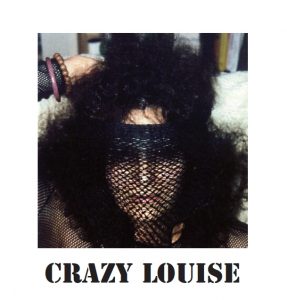 The book was originally published in a very small edition. My ‘self publications’, at least in Amsterdam, w. the printer Felix Mansingh, began with my meeting w. NNR. They were the blossoming of the meeting – the manifestation, of my own potential, which had been ‘lost’, so to speak, ‘in translation’. I had met Namkhai Norbu in London, Xmas, 1979, in fact the first retreat the master gave outside of Italy was planned in the room where I lived, but that is another story. The meeting, in Amsterdam, in 1982 to which I was magically ‘called’ (from Paris) initiated the profound change in my life which was Namkhai Norbu’s ‘seal’ upon it.

In 1982 or so, a publisher, Uitgeverij 261, in Holland, was printing a series of poetry books called, The Amsterdam School, 12 American & Dutch writers were included. I was, by miracle, one of the 12 but the venture was cancelled after the first 6 volumes – lack of funds.  I thus had a book (The Water Mirror/Die Water Spiegel) but no publisher. I was sent to Felix Mansingh, aka. Felix Off Set, to inquire as to printing costs, they were beyond my means. A year later, at the Central Station in Amsterdam, I was trying to get to London, to a teaching of Rinpoche’s, & understood I shouldn’t try but should instead go to visit Felix, the printer, who ordinarily – it was a Saturday – wld. not be opened on that day. He was however & when he saw me he said ‘I’ve been thinking about that book, let’s do it. I asked how much would it cost? Nothing was his reply.

Eventually together with Sophia Bentinck – the mother of one of Rinpoche’s main translators (Jacobella Gaetani) – I formed a small press, Il Bagatto (sic. The magician), named after the ice cream parlor in Arcidosso. We realized many projects together. Sophia, died in 2013, but I continued the press. The printer’s situation had also changed but continuity is a principle – of the creative process & the teaching  – so I continued (nb:.tantra– in Sanskrit: continuity).  The printer could no longer afford to print the books, for Sophia & I, without pay, & I could afford to make only 40 copies.

I was selling them, one by one, in 2014, at a retreat of the Jnana Dakini, in Conway  when Ed Goldberg, a practitioner in NYC, took an interest in the work & showed it, during the retreat, to Sam Truitt, director of Station Hill, who immediately wanted to publish it in a trade edition, of course.

I was thrilled as Station Hill was one of the early publishers of Namkhai Norbu & also a press for whom I had worked, typing manuscripts (including the Tibetan glossary to John Reynolds biography of Padmasambhava), raking leaves, & sweeping. A former editor of mine (Claudio Rugafiori, RASA), when I told him I was sweeping, said ‘sweeping is very good work’ & so it was.

Most of my work, my own poetry had been thrown away by an ill meaning or perhaps mad concierge, who encouraged me to leave the work in his care then threw it away, just 1 day before the garbage strike in Paris (1978) wld. have preserved it despite his madness or cruel intention. I was therefore forced to start over. The Dharma, as it turned out, was my vehicle, Namkhai Norbu Rinpoche, my support.

Rinpoche, as you may know, studied poetics with his sister, who was a friend of the princess of Derge. In most cases, the study of poetics was reserved for royalty, but as Jamchos was a close friend of the princess, both she & her brother were permitted to study. Jamchos became a well known poet in Tibet & later a profound student of the dharma. She has been beautifully translated by Jacobella Gaetani, who also wrote a brilliant essay on her life & work for the honorific book that was presented to Namkhai Norbu Rinpoche in 2017, in the gönpa of Merigar. I felt safe with the master & that he understood my direction, my loss & my longing. ‘Longing lasts longer’ as the poet/performer Penny Arcade, who also wrote a blurb for the book, has said –

Some books, by Buddhist authors in the West, or books about Buddhism, treat the subject in abstraction. The poetry, in general, indicates but does not reveal personal passion or does so with a minimum of direct reference to the confused states which may arise, or the very humiliating ones. My approach, related to my practice of Dzog Chen, was rooted in a marginal, rather than in an academic or any other kind of role & an almost conscious approach to the inadvertent effect & influence of the teachings, as I understood them. Many of the great poets in the Buddhist tradition, at least in America, were seminal students of Zen, Phillip Whalen, Joanne Kyger, Gary Snyder or Vajrayana, Allen Ginsberg, their champion, even Jack Kerouac practiced a kind of Catholicism cum Vajrayana, mostly only on an intellectual but intellectually brilliant level. (Mexico City Blues is, within the American poetic tradition, a direct  introduction to open mind (Chogyam Trumpa).

Dzog Chen implies & initiates an opening of the sense function, as you know, it is rooted in immediate apprehension of the senses. We are taught to practice, to understand EKA RASA one taste, rather than to reject the difficult, even the disgusting or to mitigate personal passion (in the words of Patrul Rinpoche ‘we are not conditioned by the passions but by our attachment to them’).

Guru Punk was a spiritual being, on the road, as in the tradition of the above mentioned JK, but Crazy Louise is rooted in the specifics of personal trauma, both of the author, & her mother, the central figure in the text, & generally, in the genocide rendered upon the Jewish populations of Eastern Europe, in the last century however camouflaged this is, in the poetic deliberation of the text.

Interwoven w. this is a more deliberate, tho spontaneous occurring, inter linear technique, extreme fragmentation & a departure fr. the formal considerations of all previous collections, as is written, in the excerpt fr. Ian Macfadyen’s review, on the back cover.

Are you satisfied with the result – the transformation of your work from a simple edition, meant for a limited public, to a well distributed trade edition of same?

There are always permutations, but as Namkhai Norbu has taught, we adjust to the circumstances. I cld. not impose my personal vision on a book to be published by another publisher. The fruit of such an effort, as from the beginning, Namkhai Norbu & other lamas insisted my practice was my poetry, is first of all that it functions as offering.

I have tried to follow the master’s instruction; however strange this may appear to those completely unfamiliar w. the internal & mysterious process that produces a poetic form or formula. In this case, the very publication of the book brought about a tremendous reconciliation within my personal family unit, as if by kind of magic. I won’t go into the details. Suffice it to say, the energies of the text, at a certain point, manifested in the very place (geographically in Venice) where I had done much of its editing – in the ghetto there. These energies were very powerful, almost demonic, I struggled to remain present & I practiced, at a certain point, there was a kind of ‘victory’ & the process of reconciliation cld. manifest. Very interesting & very gratifying for me.

Sometimes one must & in this case, the poet or author must pay for the printing of the trade book, in exchange for an agreed upon amount of the books, once printed. In this case, the fee was perfectly reasonable, what I wld. have had to pay for a self published edition. With the help of interested parties & the students of NN, interested in poetry all these were more than covered. I wish to thank all who have participated until now in such a useless pursuit, except for me, as it is a practice.