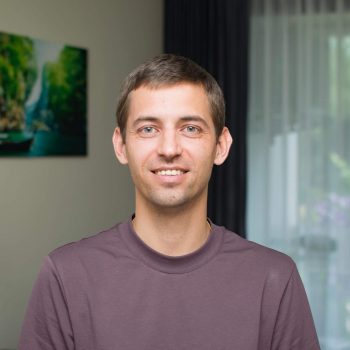 Our Vajra Brother Andrey Kozhushny passed away on February 4, at about 11 am local time (GMT +7), in a hospital in Bangkok. He was 39 years old. Andrey had been a student of Chögyal Namkhai Norbu and a member of the Dzogchen Community since 2005. He was known to many practitioners foremost in Odessa, Ukraine – where he was born and lived until 2008 – and in Kiev. Since 2010 he had been living in Phuket, Thailand, where he created a large family and contributed a lot to the development of Phuket island.

Those who met Andrey knew him as a man of extraordinary qualities, full of life and joy, yet simple and humble. He never complained about anything, and he always shared bright and optimistic thoughts to everyone around him. It gave him the strength to fight against serious illness during the past two years of his life. He shared his wisdom and changed the lives of those around him. He introduced many people to Buddhism and to Dzogchen teaching of Chögyal Namkai Norbu.

Please keep him in mind in your practice.