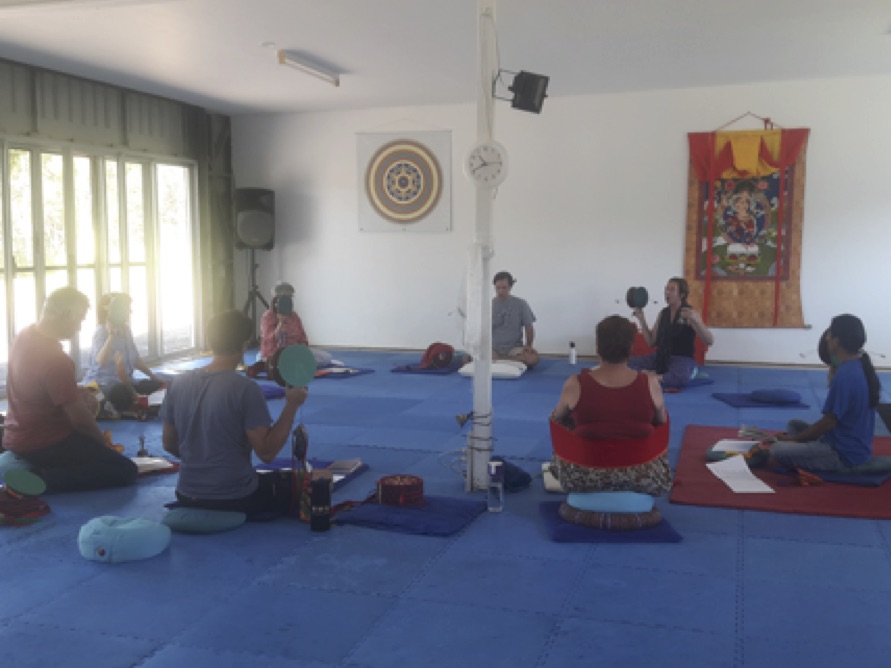 A wonderful Easter retreat was recently concluded at Namgyalgar focusing primarily on the practice of Chöd, led by Santi Maha Sangha Instructor Angie Gilbert and hosted by Gekö Topgyal Gontse and Tsering Dolker. Students gathered locally from the Brisbane and Sunshine Coast areas, as well as from Darling Downs and further afield from Melbourne, Ballarat, Far North QLD and Tasmania.

The retreat itself began on the afternoon of Sunday April 9th with a Medium Thun while the rest of the day was set aside for settling in. The real practice began the next morning and followed a similar pattern throughout most of the week. At 7am practitioners gathered in the Gönpa for a Yantra Yoga session followed by some time on the Mandala where unfamiliar students were given a good introduction to the Vajra Dance That Benefit All Beings, while more experienced practitioners danced the Song Of The Vajra.

After breakfast Santi Maha Sangha practice sessions began at 10am and ran for two hours, with another two-hour session being held after lunch. Generally the group began by practicing the Chöd followed by an explanation of the practice, with another repetition of the practice itself to conclude. As the week progressed and the explanation of the practice was completed these two-hour sessions grew to include a meditation on loving kindness as well as the Semdzin of the White A. The Semdzin was initially practiced collectively, but on the following afternoons students were invited to choose their own place to meditate alone, generally outdoors, which everyone agreed gave the practice a slightly different flavor. 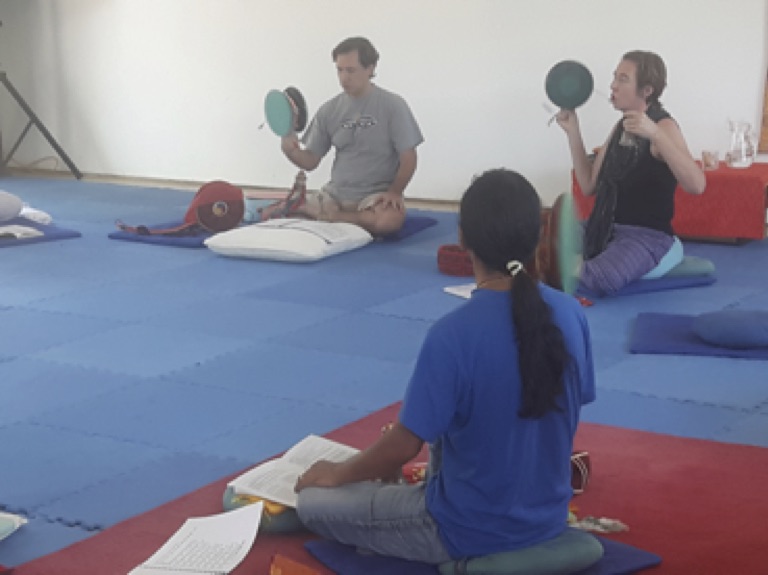 Standout moments during the week included a Wednesday night drive to Bribie Island for a fresh fish and chip dinner, a Friday night Chöd practice gathered around a small fire a short walk up the hill from the Gar house, as well as a Saturday morning walk to the local lookout. A fair amount of time during the week was dedicated to Khaita practice, expertly led by our hosts Topgyal and Tsering who also treated us to a carefully prepared, delicious lunch of momos. Ganapuja was celebrated on Tuesday night for the full moon as well as on Saturday night as part of the conclusion of the retreat, followed by a rather zany party/dance contest organized and directed by the children. The retreat itself closed on Sunday with another Santi Maha Sangha practice session followed by one last collective lunch. Spare moments during the retreat were taken up with various karma yoga activities and select retreatants had bonus opportunities to take both hair-cuts and massages. 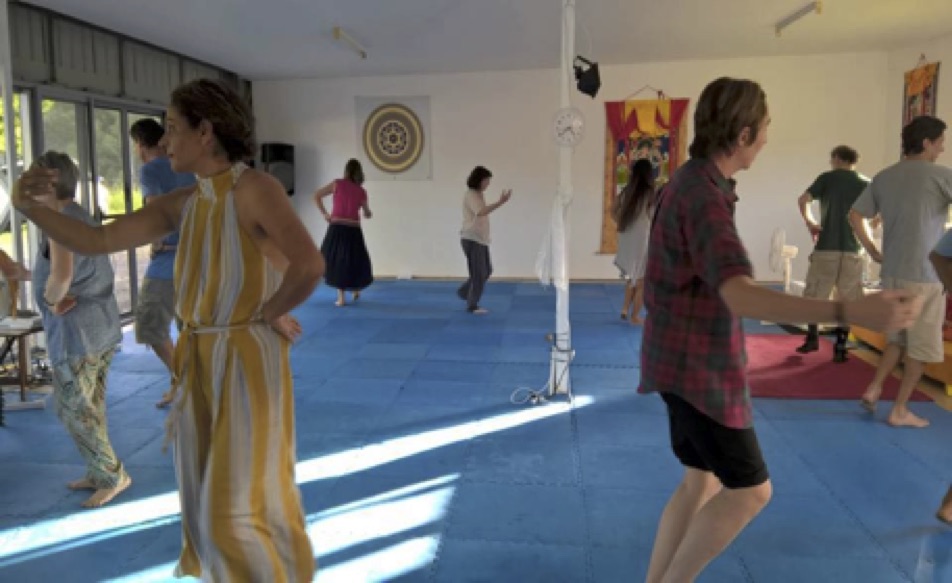 In closing, it was a wonderful way to spend Easter and a very full, informative week amongst great company. Thanks once again to Angie for leading a lovely retreat, and to Topgyal and Tsering for their hospitality.

Peace to all beings.