After some years Fabio Andrico returned to offer his knowledge and experience to Córdoba City. This year Tashigar South expanded his horizons bringing various activities to the cities around, the first of those was the course on Breathing in Perfect Harmony held by Fabio on November 15th 2014. 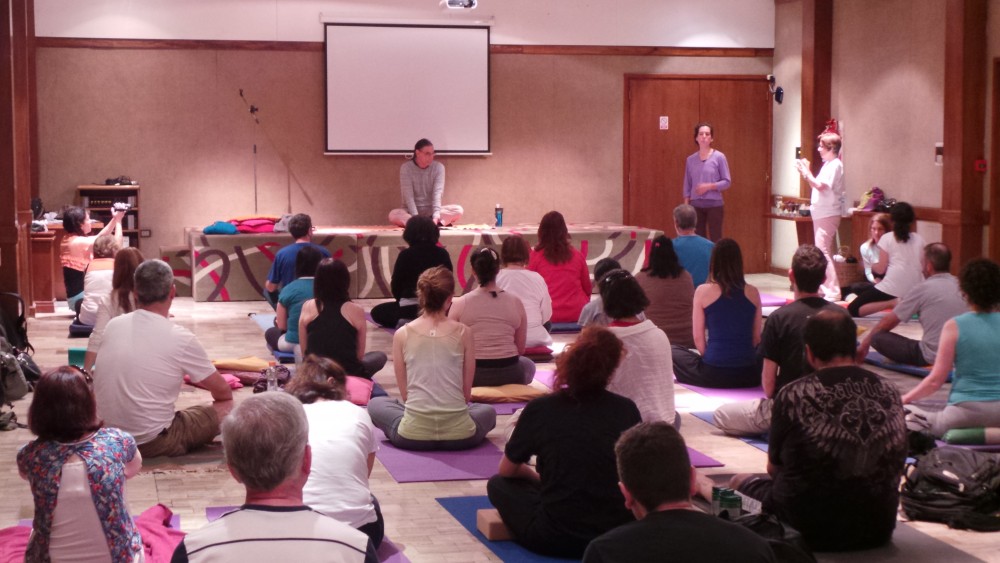 Present were old and not so old practitioners and also lots of newcomers came to discover what was it was all about. Close to one of the rivers that run through the city, the big salon of the Virrey Hotel was the hosting place for the course that forty-five people attended. Some of them traveled a few days before the upcoming retreat with Chögyal Namkhai Norbu that was going to take place six days later at Tashigar South, from Uruguay and Buenos Aires, and some traveled in a caravan from the Gar, 55 km. away, both to participate and to help with the organization of the course.

With his clear explanations and sense of humor, Fabio introduced the characteristics of the breathing and transmitted many different exercises for people of various capacities and conditions.

I had participated in courses with Fabio previously and I thought that there would not be too much new information to discover in this open and basic course. Evidently with the years, his knowledge and application of the exercises has become more refined, and in this way more subtle aspects of the complete breathing were revealed to me. I can imagine the same thing has happened for those arriving for the first time.

In this way in just a few hours of work, we achieved both a quick reduction of anxiety, a general sensation of relaxation, and the joy that comes as result of these two experiences, as well as an understanding of new aspects of the complete breathing. This is very precious for those of us teaching Yantra Yoga. 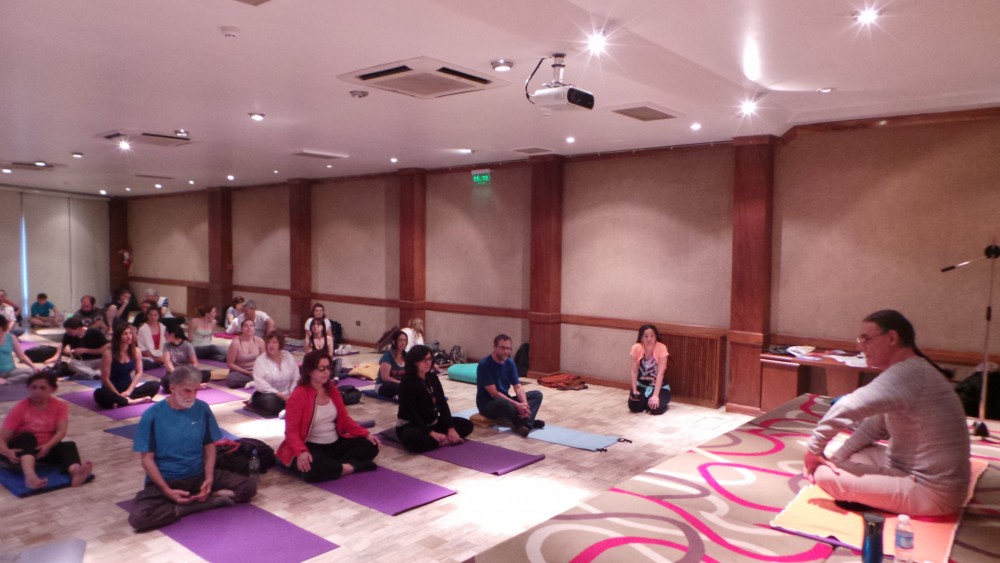 The course offered by Fabio was the first activity from the series “The Way of Well-being” organized by the Dzogchen Community. During the following day, a public presentation of Yantra Yoga, Vajra Dance and Khaita was held with the participation of more than twenty practitioners. This series was held along the coast of the San Roque Lake, that offers the wide horizon among the typical hills and valleys of our landscape.

Two days after that, Chögyal Namkhai Norbu offered a conference in the big hall of the Exact and Natural Science School of the National University of Córdoba. He presented his book, “On Birth, Life and Death” with a large and attentive audience.

The cycle of activities finished with the realization of the Retreat on Ati Yoga at Tashigar South. Thanks to the opportunity Rinpoche gave us to support the retreat through sponsors and the coordinated action of Gakyil and collaborators, a large amount of people participated enjoying the generosity of the land in El Durazno.

This expansion of horizons for Tashigar South that started with the Breathing Course at Córdoba City was well received by the local communities, neighbors, related people and government institutions. It is part of the evolution towards which Namkhai Norbu Rinpoche is inviting us. We hope to continue tuning our instruments to sound in harmony among the Vajra Family and to resonate outside as the total thigle of which we are a part.