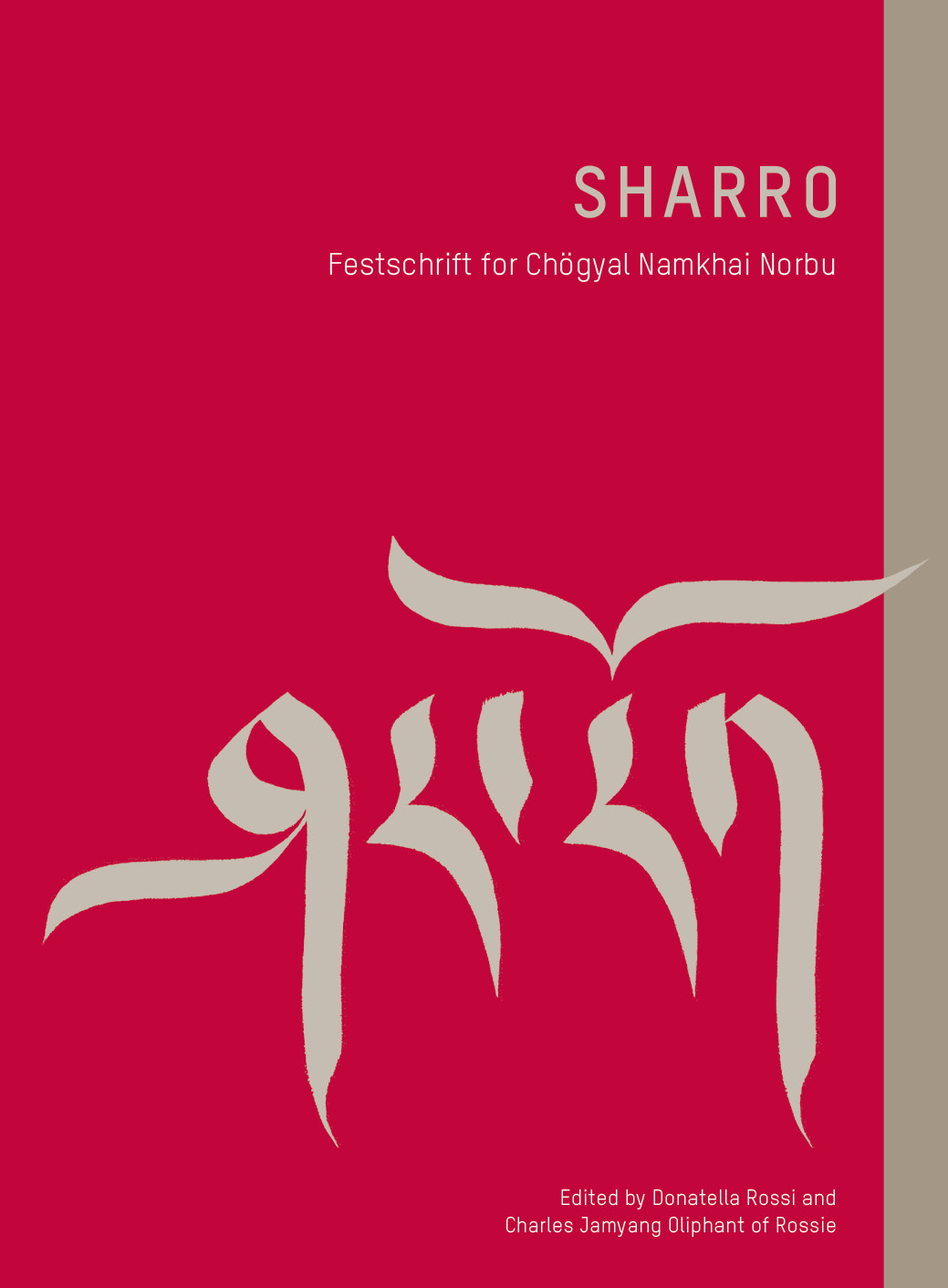 The Festschrift in honor of Chögyal Namkhai Norbu, presented during the webcast from Merigar 12 December, is now available from the webshop of Shang Shung Publications:

This volume titled SHARRO, a Tibetan term that means to arise, or to manifest, honors Chögyal Namkhai Norbu, eminent scholar and spiritual master, on the occasion of the thirty-fifth anniversary of the founding by him of Merigar, the first Center of the International Dzogchen Community, in Tuscany, Italy.

Edited by Prof. Dr. Donatella Rossi and Dr. Charles Jamyang Oliphant, the book contains eighteen scholarly articles (see below) predominantly in Tibetan studies dedicated to him and contributed by colleagues and disciples from around the world.

A wide range of Buddhist, Bön, and Dzogchen related topics such as ritual, mythology, medicine, spiritual songs, iconography, textual analysis, and social organization, many including original translations from the Tibetan, are brought together and examined in this celebratory publication.

The list of articles presented in this volume:
Rainbow Body of Samantabhadra by Oriol Aguilar
Rin chen gter mdzod and Other Works by Saadet Arslan
rDo rje Sems dpa’ nam mkha’ che’i rGyud by Adriano Clemente
The Luminous Necklace of Pearls by Iacobella Gaetani
Yang dGon pa and His Text on the Vajra Body by Elio Guarisco
The Rainbow Body by Tetsu Nagasawa
Kṣantipāramitā in the Works of Śāntideva by Barbara Nelson
The Tibetan Tradition of bCud len and its Literature by Charles Jamyang Oliphant of Rossie
A Single Seat for Enlightenment On stan/gdan thog gcig ma terminology by Margherita Pansa
The portrait of Tshangs dbyangs rGya mtsho (the Sixth Dalai Lama) in the Ting ‘dzin chen po dGon pa of Merigar by Enrica Rispoli
The Yid ches lung gi sgron ma (The Lamp of the Truthful Transmission) by Donatella Rossi
The g.Yu Thog sNying thig and the Spiritual Dimension of Tibetan Medicine by Geoffrey Samuel
Padmasambhava, Time, and Space. Some remarks by Fabian Sanders
dPal sprul O rgyan ‘Jigs med Chos kyi dBang po’s Essential Advice on Two Aspects of Life by Maria Simmons
Inhabiting the Borderlands and the Spread of Tibetan Buddhism by Elisabeth A. Stutchbury
Bönpo Tantrics in the Kokonor Area of Tibet by Tsering Thar
rDzogs chen Ati Yoga Teachings of Mastr Śrī Siṃha by Jim Valby
The Literary Sources of the Klu khang Murals by Jakob Winkler

The volume costs 58€ and the profit from sales is donated to the development of the Dzamling Gar Gönpa.