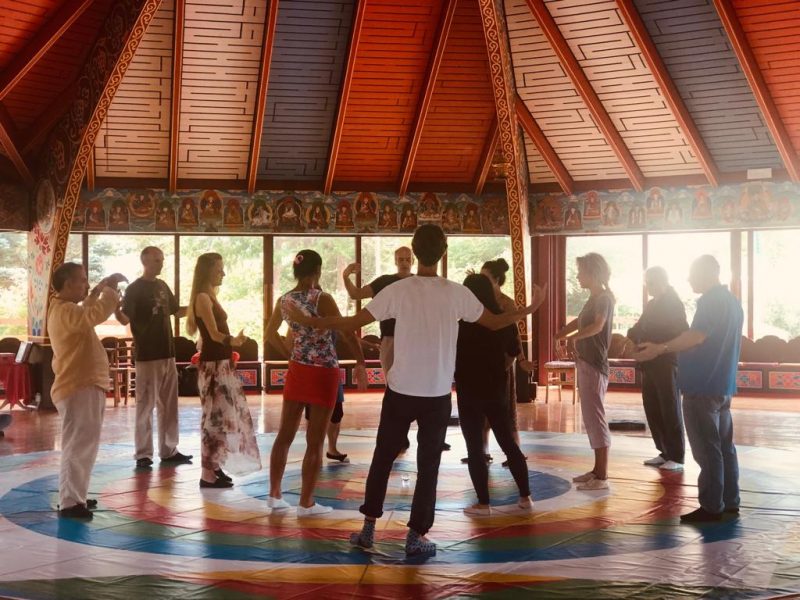 This special Global Vajra Dance Practice Day honored the 30-year anniversary of Rinpoche’s first dream in 1989 at Khandroling of seeing the Vajra Dance performed by many Pawos and Pamos in a large hall. 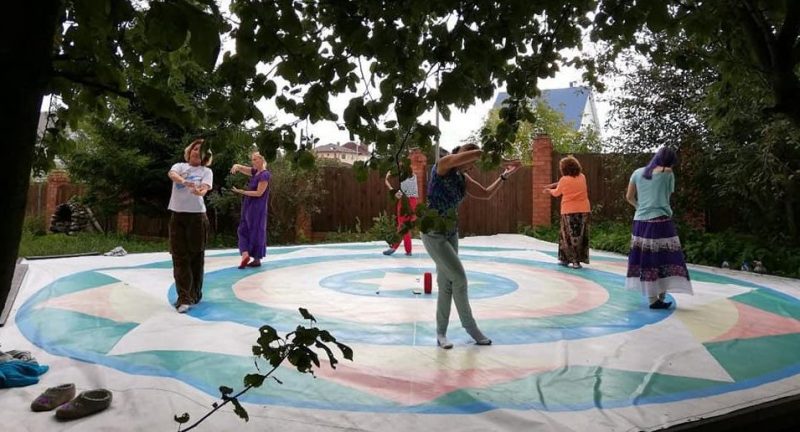 At Khandroling Pawos and Pamos practiced an 8 hour Tun on the Universal Mandala with 2-4 mandalas active.  There is news of practice also occurring in Barcelona, Yanseling near Moscow, Dzamling Gar, Dejamling, Zhenphenling, Kunsangar North to name a just a few of the centers that participated in the Global practice. This Global Vajra Dance Practice Day was an embodied experience of harmonious collaboration amongst the practitioners from the organization through out the world to the actual practice of the dance with Pawos and Pamos and culminated in the Ganapuja with all the practitioners. 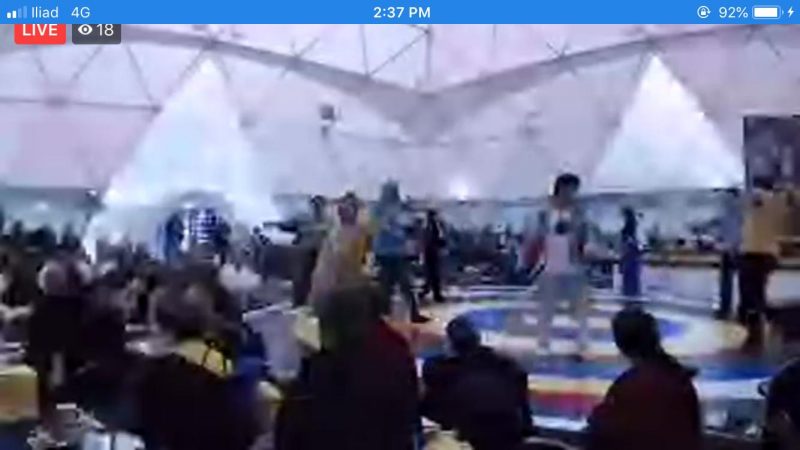 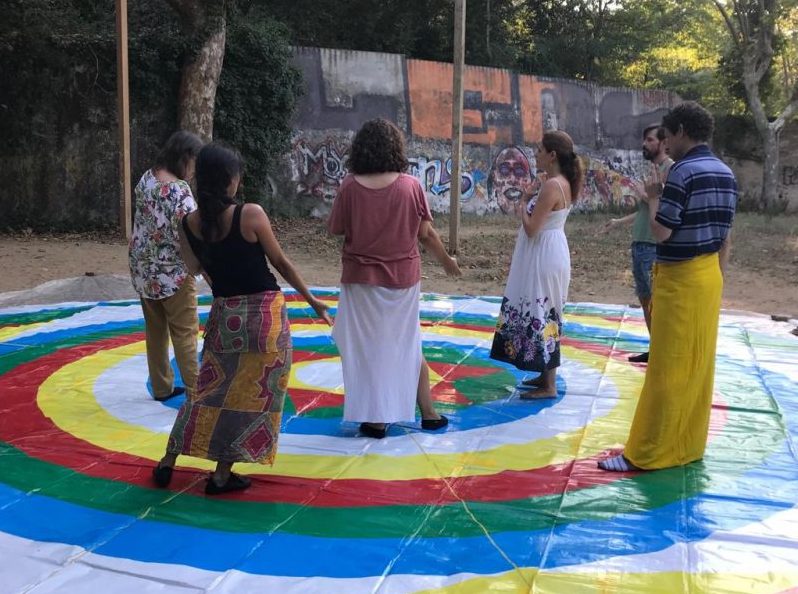 Prima Mai has written that is hoped to have similar Vajra Dance events globally synchronized at least once a year. We certainly look forward to this opportunity. 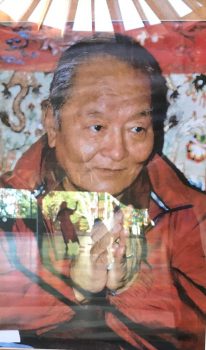