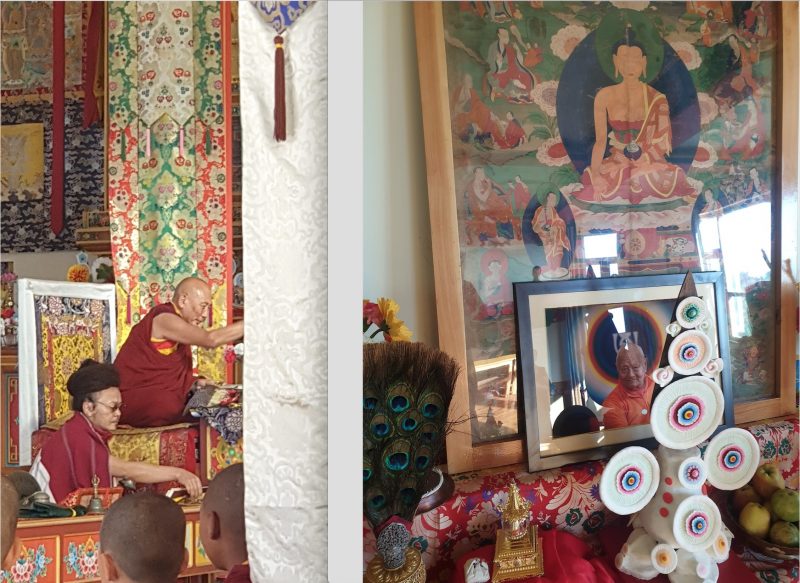 Starting on December 7th a series of Vajrasattva pujas took place in northern India in Tashijong and Jangchub Jong.

These pujas were an initiative of H.E. Drugu Choegyal Rinpoche, a high Drukpa Kagyu master and an old friend and great admirer of Chögyal Namkhai Norbu and his teachings and work. He said that in the Kaliyuga era a great master such as Chögyal Namkhai Norbu should be remembered and honored.

The intention in holding these pujas was to purify all obstacles so that the Dharma aspirations of Chögyal Namkhai Norbu may be fulfilled. The first three days the pujas were led by H.E. Drugu Choegyal Rinpoche along with three “tokdens”, yogins who have renounced worldly activities and devoted their lives to spiritual practice. Several monks also attended. 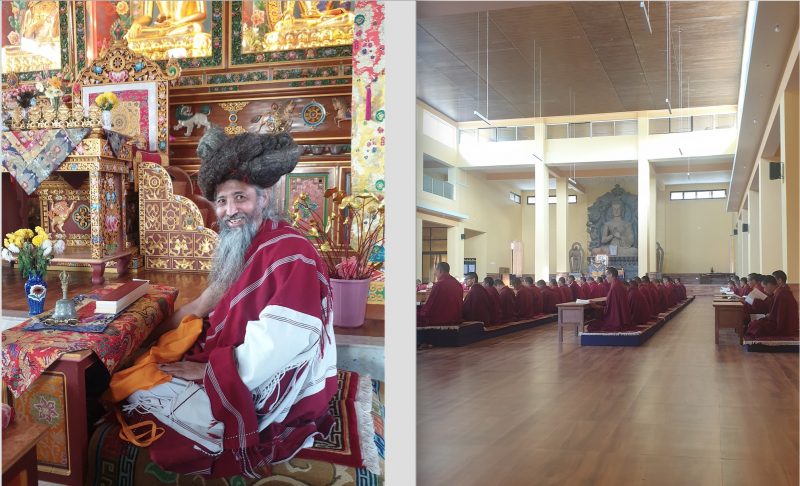 Finally the tokdens inside their closed retreat centre, which is not accessible to the public, executed the final closing of the Vajrasattva puja cycle that had lasted one week in all.

Many thanks to H.E. Drugu Choegyal Rinpoche for his initiative and to everybody who helped sponsor the pujas.

May they be beneficial to our Dzogchen Community.