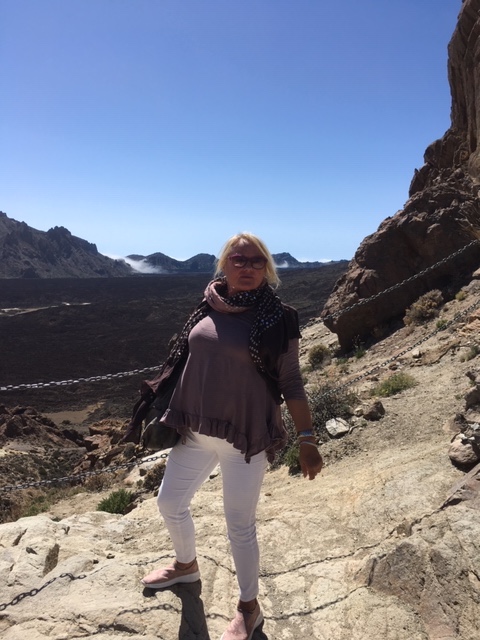 Growing up in Germany in the industrial part of the Ruhr valley left me with very few options to live a creative and spiritually inspired life. Let’s just say I lacked opportunities to harvest a life style derived from visionary resources. My inner dimension was barren and undernourished through lack of stimulation, and even education. The details of why is another story, so let’s leave it at that. In any case, by the time I was 20 I knew I had to escape from this mean and unspirited world in Duisburg, and so I decided to go to India, searching for meaning, purpose and guidance. And I did find my first Guru, Lama Thupten Yeshe, in Nepal. Living a pilgrim’s life for almost a year I filled myself up with a world full of exotic, mystical experiences and what felt like miracles to me; I discovered a path that allowed me to tap into the rich potential of my inner dimension and I took to it like fish to water. It was like switching from a black and white TV to a colored one.

Later, returning to Germany, it became totally unfeasible to squeeze myself back into that lifeless, functional reality and so very quickly once more I left friends, family and Duisburg behind to go to London, in the hope to escape the prospect of inviting a mental breakdown.

One day after a few months finding my way in London, and engaging with the sangha of Lama Thupten Yeshe, I had a visit from Brian Beresford who was a student of Lama Yeshe at that time too. He also taught Tibetan language classes which I followed. He had just come back from Italy where he had attended a retreat in Monte Faito led by a teacher called Namkhai Norbu Rinpoche. At that time he was simply addressed as ‘Norbu’. Brian told me that ‘Norbu’ would be coming to London and he strongly urged me to go to see him. It was an easy decision to make since many of my dharma friends were going anyway.

So, in mid December of 1979 I met ‘Norbu’, as he was called then, by attending my first retreat of teachings of Semsde. I was 23 years old. He was a teacher with an impressive presence. And still quite young. He had just turned 41 years. He seemed fearless, powerful and a little scary. Once, during a break, I was sitting on the floor leaning against a wall and just across the room he came in through a door, looking straight at me, I caught his gaze and I felt a shock to my system which instantly made me break the contact, only to try and re establish it again after an instant. However, already in less than a couple of seconds he shifted his direction slightly away from me. I had the feeling that I had lost him, but it also seemed to me that he totally respected my boundaries, he would not invade me, which happened so often in my life with other people. I felt safe with him. And what a sensitive antenna he was!

This retreat took place in an amazing house in St. John’s Wood, a beautiful old building with many bedrooms. It was used as the Cambodian embassy in its glory days. Now it was a squat, and a unique and interesting group of artists, musicians and healers had occupied it for quite a few years waiting out their chance to legally possess this stately house as their home. Inside, old thick carpets covered the living room floor, which was large and was used as the teaching hall for this retreat. Meals were sometimes prepared in a large kitchen and there was a dining room adjacent. However, we enjoyed sitting in the living room, relaxed around Rinpoche who sat on his teaching seat which was slightly raised so that everyone could see him. I was in awe of how informal this teacher conducted himself with us. He was dressed in jeans and wore colorful tops and he looked quite exotic. Someone brought him lunch and we would sit around him on the floor to take ours alongside him.

Andy Lukianowicz formally introduced me to Rinpoche one day. As he got up from his seat and walked across the room to leave, we met half way and standing in front of each other, a small group of people gathered around us. I felt encouraged by his solid presence and spaciousness, so I told him of some of my life issues, to do with my mental health and my lack of ability to smell. 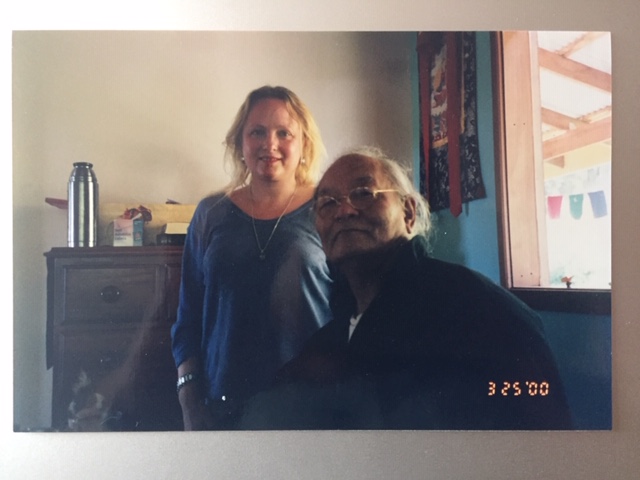 The first thing I did was to tell Rinpoche about my hallucinations which were persecuting and terrifying me on and off since I was 13. After listening to my descriptions he concluded that in Germany I had been under the attack of one of the manifestations of the 8 classes, since I get up in an industrial city with many steel factories strewn around and the pollution was hazardous. This particular class was provoked by the pollution and I picked up on that. To my great surprise he also told me about some of his own visions of beings when he was young, lurking around hay stacks, for example, and the beings being fierce. I was amazed at this, how he did not categorize my hallucinations as being the result of mental illness. At that time when he finished his accounts, as we were standing facing each other, he looked so intensely into my eyes that I felt a force making me turn on my own axis. Returning to my position facing him again, I felt stunned, in disbelief, bewildered and utterly hopeful that my life would be turned around.

Regarding the smell issue, his response encouraged me to trust that a solution eventually would be found. After many years of failure to recoup my ability to smell he finally said to me one day, “Oh well, at least one attachment less.”

A lady called Sue in this squatting arrangement seemed to display a role of position, we discovered soon. Once more we were comfortably taking our lunch at the feet of the Guru in the living room, which was bedecked with antique furniture from another epoch and draped with old but beautiful wine red velvet curtains, generously grazing the floor. We were chatting and settling in, listening eagerly and intently to Rinpoche’s words and to his silences.

Suddenly, the door swung open, and the woman of the house charged in, looking at us with rage on her face: she began to shout quite quickly, capturing all of our attention, “How dare you sit here in the living room, you should not eat here! You should be outside or in the kitchen. This is my house!!!” As if to say, you have to do what I say. We were dumbfounded and shocked; no one spoke.

As she still stood there expectantly and fuming, we all turned to Rinpoche for guidance. I saw him completely turn away from her and stare into space with wide open eyes. He just ignored her. As a result she rushed out in the same style that she had gushed in and slammed the heavily weighted wooden door shut.

Again we looked at Rinpoche who was still turned away. A moment later he turned to us, looking solemn and remaining silent for a moment. I remember feeling stirred up and detected a heavy heart beat, suggesting fear. He seemed quite relaxed but serious. As he began to talk, I felt relief. He said: I think we better go outside. And so we all followed him then and for many, many years to come.