During the summer of 1982 I had traveled to Northern California to participate in an important retreat called Yeshe Lama. The practices on this retreat include outer and inner Rushen as well as Dzogchen teachings. Many of us were also practicing and completing the conventional Ngondro. The highly esteemed teacher leading the retreat was a Nyingma Dzogchen master by the name of Lama Gonpo.

Simultaneously we heard that another Dzogchen master whose name was Chögyal Namkhai Norbu was conducting a retreat some hours south of us, but also in California. We also heard that these two masters had a strong connection from previous lives and we were very excited to hear that he would visit us and meet with Lama Gompo. 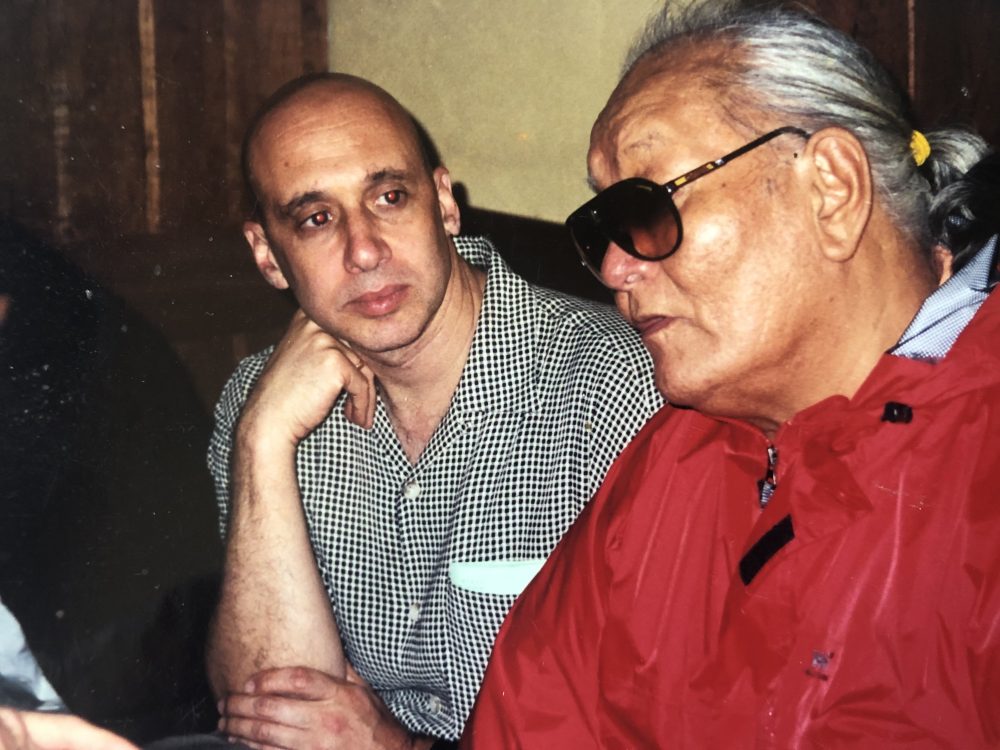 When that day arrived we were excited in anticipation. I must admit that the arrival of Rinpoche with his entourage did not conform to our expectations.

Lama Gompo was typically dressed in colorful Nagpa robes and the students mainly wore white lunghis and Indian style clothes. In contrast, Chögyal Namkhai Norbu’s entourage, including his chief translator Barry Simmons, arrived dressed in Western clothes. Several others were dressed completely in black. My first impression was perhaps a motorcycle gang. A few looked like some of the punk rockers I had left behind in New York’s alphabet city where I lived at the time.

Chögyal Namkhai Norbu spent most of his time during the visit with Lama Gompo and I only had a brief chance to see him as he walked by. Despite this uneventful first encounter, I was soon exposed to recordings of his Dzogchen teachings.

His unique style and extraordinary teachings completely entranced me. He was invited to teach at the Gurudjieff community in Conway, Massachusetts the following year. I made a point to be there.

The early years were magical. He typically taught twice a day and in the evening led practices which included the long Thun as well as Chöd . Even after all of that, he stayed with all of us playing games often into the morning hours. He would tease me when I would sneak away to try to get some sleep.

Rinpoche visited us in Conway at least twice a year during the early years. During one of his retreats I had a series of clarity type dreams with Rinpoche. In one of them he and I were discussing the health of one of his close disciples Laura Albini. She was the mother of our Vajra brother Costantino. 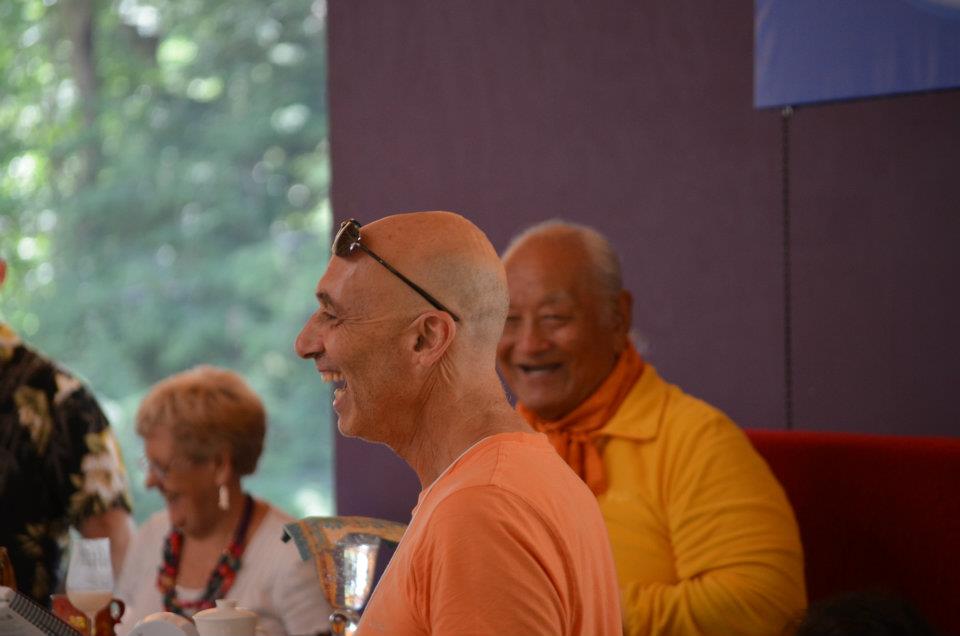 This dream inspired me to ask his permission to collect his dream yoga teachings and compile them into what ultimately became the book “Dream Yoga and the Practice of Natural Light”. The book was subsequently translated into many languages and has been a secondary cause for many to meet Rinpoche and the Dzogchen Community.

Although Chögyal Namkhai Norbu’s Upadesha teachings were extraordinary, some of my most vivid memories were of impromptu teachings. During one retreat I was suffering because my long-term girlfriend had broken up with me. He was alternately patient and consoling but one day he looked at me made a disgusted face and said “attachment.”

On another occasion he spontaneously gave me a small slap on the face and said Om Ah Hum. I immediately felt lighter as if some obstacle had been lifted. He said “that will be helpful.”  Apparently he had seen some sort of negative influence.

On another occasion a friend and I were walking with him. She was singing this song “we are the children” Rinpoche turned to her and said no, we are the adults.

I observed and was inspired by how Chögyal Namkhai Norbu’ conducted his life. He continuously did great service, all the while supporting himself in the world.

I also recall Rinpoche explaining what a student could do to please his teacher. He said that for the Master the student doing practice was the most precious action, second their physical service activity in support of the Community, and third donating money or necessary resources.

I have tried to take this to heart and his familiar refrain “do your best “ has guided me. I first followed Rinpoche into a career in education, which afforded time to do practice. I also have been teaching continuously in the Dzogchen Community since 1986 for thirty-three years, first as a Yantra Yoga teacher, and then as a teacher of dream yoga and as a Santi Maha Sangha instructor. It has been a great honor to visit so many countries and forge deep relationships with many in our international Community. It has been in the words of Hemmingway, “a movable feast. “

Also, over the years, I found other ways to be useful. In addition to serving on the Gaykil many times, I assisted Rinpoche’s fundraising in the capacity as auctioneer. I also occasionally served as his foot reflexologist, particularly during the difficult times when he was recovering from leukemia at the Sloan Kettering Hospital in New York City in 1994.

Another great and memorable experience for me was the opportunity to accompany Rinpoche to Tibet and to visit Ralung monastery. The monks at this monastery recognize him as the incarnation of their former master. Disciples from the local population came from everywhere to pay their respects. Many gave him traditional gifts such as butter or other agricultural products. An entire room was filled with these gifts.

Mainly they wanted his blessing and Rinpoche observed that they were less interested in receiving formal teachings. At one point on this trip he turned to me and said, “I am a modern man”.

l am so very grateful for having met this great Master who has done so much to turn the wheel of dharma. Once he confided with me some details of a previous life when we had been together, and I am looking forward to seeing him again in a future life as well.