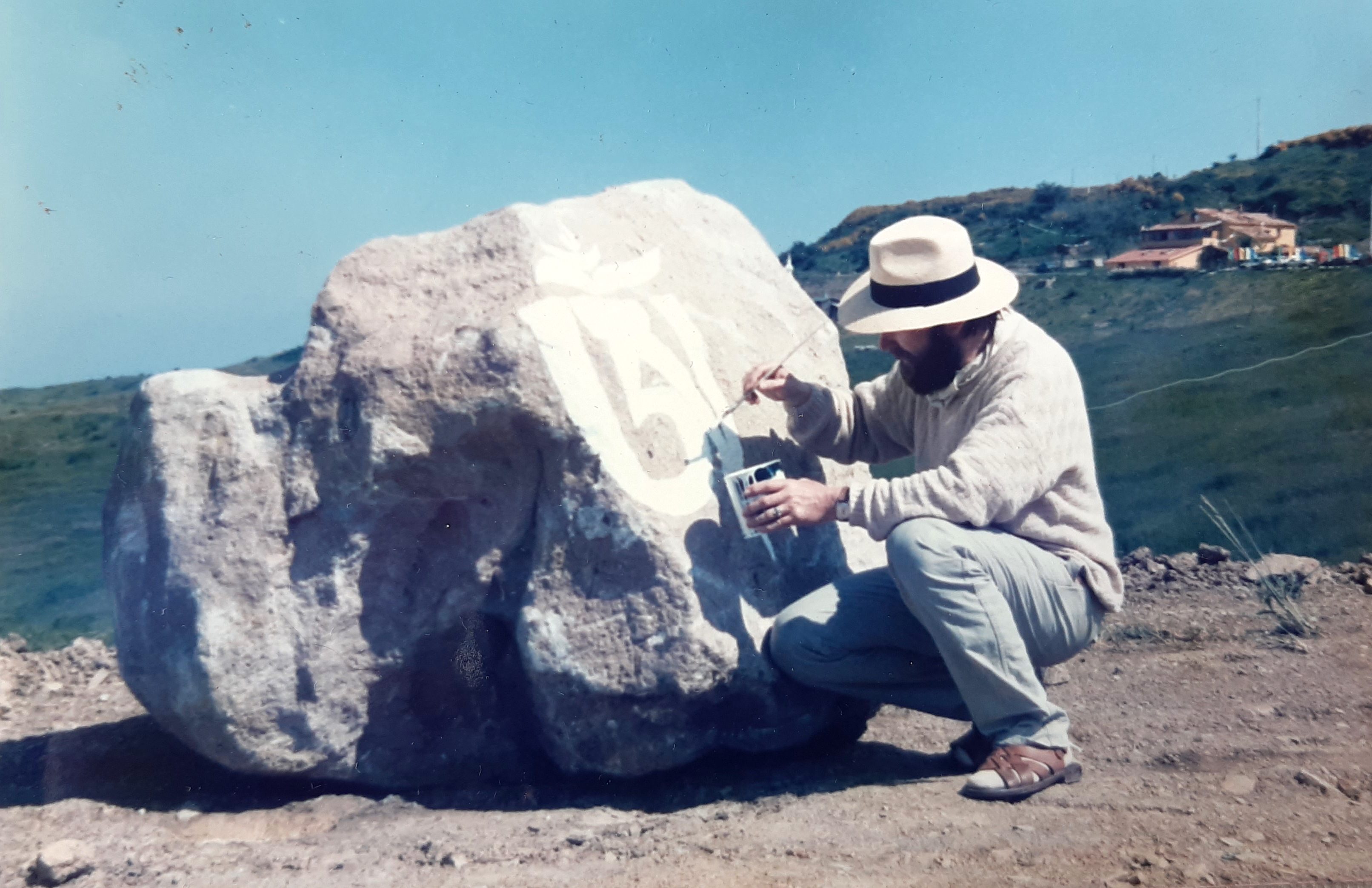 I remember – yes, I still remember – it was 1977, the year I got ill. Then, I used to live in Baden, near Vienna, Austria. It was spring when I started to feel sick, and the doctors didn’t know what it was. At the time, I used to go to a Buddhist center in Vienna, where I met Kalu Rinpoche and the 16th Karmapa. One day, my friends from the Center called me and encouraged me to come there. They told me that a very particular Tibetan lama was coming – no one knew who he was, perhaps a Nyingmapa or Bönpo – so it would be an important occasion.

I had just escaped from the hospital, where they wanted to treat me like a lab rat to see what I had, without even making a diagnosis. I had a fever, I felt pain all over my body, and I had trouble breathing. With a final effort, despite my pain, I went to the Center. When I got there, I saw a young Tibetan man wearing jeans, with his Italian wife, and two children sleeping next to him. I was surprised. My friends explained that he wasn’t a monk and that this was his first journey outside Italy. He had come with a small group of his students, as he was invited by some Austrian scholars to teach them about his lineage of transmission. We all listened to his lecture with great interest – it was very different from what I was used to back then. What impressed me the most was his simple, clear and kind way of transmitting such a deep message. Finally, we could laugh and ask all the questions we wanted! It was completely different from what I was used to.

When he spoke about his education, he explained that among all the subjects that he needed to study there was also medicine, and in particular the diagnosis of the pulse. Then I thought to myself that if he was also a doctor, maybe I could ask him to do this analysis for me to find out why I was suffering so much.

I asked him: “Please, I’m ill and the doctors here can’t figure out why. Could you give me a wrist diagnosis?”

To my surprise, he nodded with great kindness and, after putting his fingers on my wrists, after a few minutes he told me: “Now I know what you have. It’s a cold illness in your lungs. You should go see a pulmonologist.”

I was surprised not only by the clear diagnosis, but especially by the certainty I felt in that moment. How lucky! Who knows after how many incarnations, I had finally met my teacher! It was so simple: it was him.

Rinpoche left Vienna with his family and his group of students, and I booked a visit to a pulmonologist. But I didn’t stay long in the doctor’s office. After half a minute he had already examined my thorax and he told me that I had a neoplasm in my lung, and that I would need surgery. Back then, I didn’t know anything about medicine: I was a lute maker and a musician. I went to the hospital but the doctors’ ideas did not convince me. First, they wanted to remove my tonsils without even doing a blood test (I still have them today). Since I wasn’t convinced, I decided to go back home.

“But if you don’t have surgery, you could die!” They warned me.

“Sooner or later that will happen”, I replied, “but not now. I still have a lot to do!” I signed to leave the hospital and called a taxi.

“Then at least take this medication,” the doctors insisted.

I took those pills for an afternoon, but I couldn’t stand them because they made me feel sick and changed my mood a lot. If I had continued to take them for weeks, I would have gone mad, so I stopped immediately.

The pain and suffering increased, and I was unable to breathe. One evening I started thinking that if I died, I would stop suffering. After falling asleep, I had a dream that was so clear that it felt real: Rinpoche was walking towards me and he looked kind, as usual. He started talking to me: “Hello, how are you?”

“I am very ill, but I followed your advice,” I replied, “and the pulmonologist confirmed I had a neoplasm on my lung. They wanted me to have surgery, but I didn’t agree with the way they wanted to cure me so I went home and took their medicine, but it made me feel even worse.”

“It is true, that medicine is not good for you. Wait until I send you our Tibetan medicine.”

When I woke up, I couldn’t believe I had had that dream; I still remember it clearly.

Three days later, the doorbell rang: “Hello, I was in Naples and, since I was coming to Vienna, Rinpoche asked me to bring this medicine to you, and he told me that it was very important.” There were two bags of pills, one to be taken in the evening with hot water, and the other in the morning with cold water.

After a few weeks I started to feel better and after a month, the fever and the pain had almost disappeared. When I went to see the doctor I had a pleasant surprise: “I have to congratulate you, you are cured, the medicine worked!” The doctor told me.

“It didn’t go exactly like that,” I replied, “I couldn’t bear to take that medicine. It was driving me mad. I took a Tibetan herbal medicine instead.”

“But those few herbs couldn’t heal anyone, let alone you. But whatever happened, now you are healthy. I will see you in six months for a checkup.”

“I don’t care what you think, I know what happened… let’s say I was lucky. Thank you, but I don’t think we will see each other again.”

And that was it. I was healed without undergoing any surgery. It was Rinpoche who saved my life.

From that year on I started following Rinpoche around the world and I took part in many wonderful retreats. I was lucky to meet him and to also have the honor of hosting him twice and being his guest at his house in Formia. But what mattered the most was the unique teaching he provided us, just as unique as he was.

And this is my story “How I met Rinpoche”, my teacher, the kindest person I ever met on Earth.