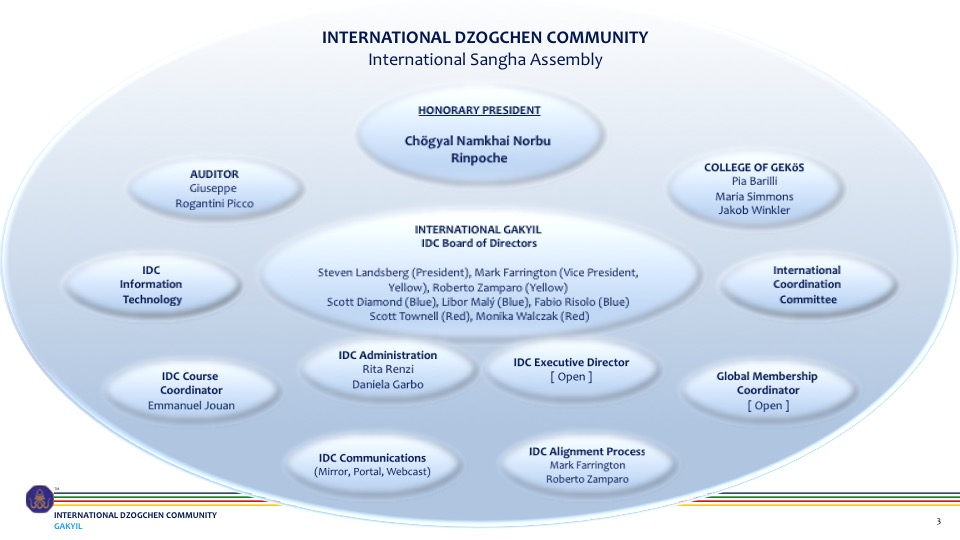 On April 1 in Dzamling Gar, the International Dzogchen Community’s Annual General Meeting was presented by members of the International Gakyil. Reviewing a range of activities during the Calendar Year of 2017, the meeting covered a host of recent issues shared by the Global Sangha of Chögyal Namkhai Norbu. 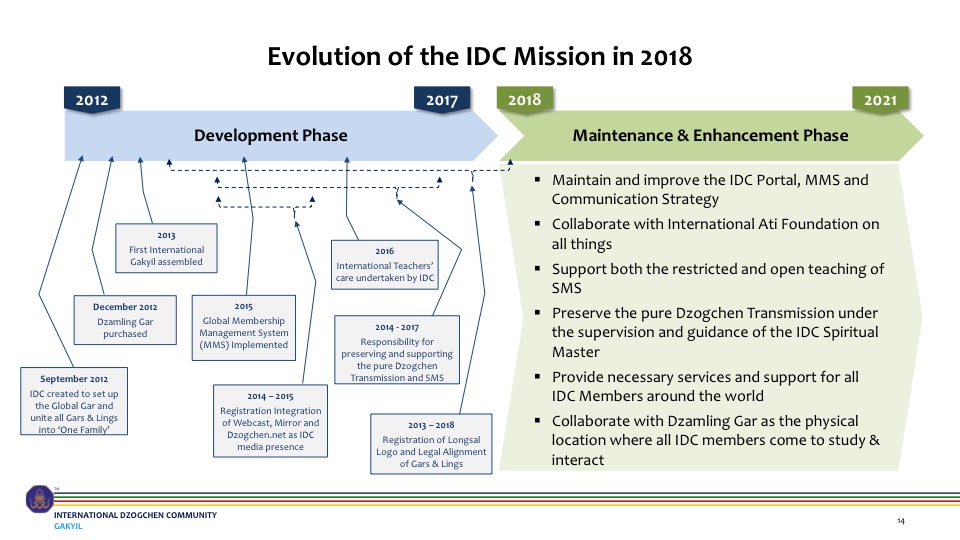 Although Rinpoche was unable to attend, IDC President Steven Landsberg welcomed participants and offered inspired introductory remarks. Current International Yellow Gakyils Roberto Zamparo and Mark Farrington presented the 2017 Annual Report and members approved the 2017 financial statement. There was a clear review of the history and evolution of IDC’s Mission, as well as the Proposal of the 2018 IDC budget and approval of the 2018 IDC mission and budget. In a clear and thorough manner, the IDC has now succeeded in its initial goal of bringing nearly all international Gars that are logistically feasible into legal alignment as a unified and cohesive whole. 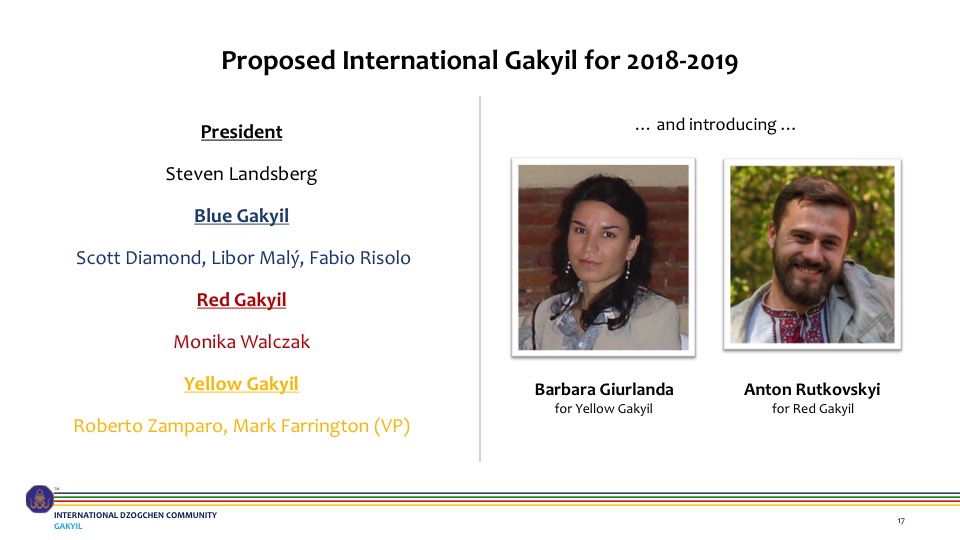 In addition to the presentation, there was a discussion of International Gakyil succession. Barbara Giurlanda from Italy was officially welcomed as a new IG Yellow, and Anton Rutkovsky from Ukraine was officially welcomed as a new IG Red. Scott Townell from the United States will now step back from his position as IG Red into an advisory role  after years of dedicated service to The Community. Although Scott maintained a low profile, his hard work and tremendous diligence has been deeply appreciated as he contributed to IDC’s establishment of operational and organizational infrastructure in tremendous ways. 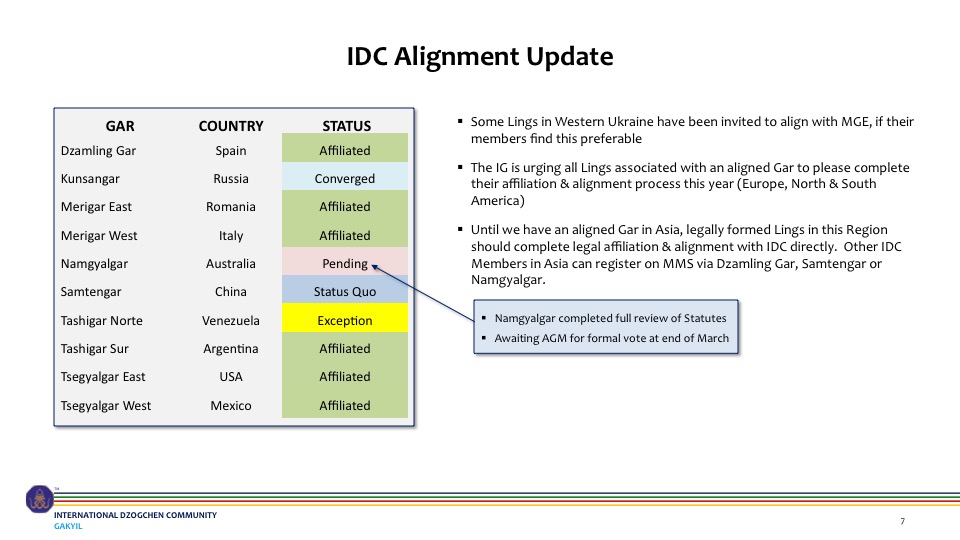 Following the AGM, there was a more informal meeting of the International Coordination Committee, in which all members discussed the ways local Gakyils can facilitate and simplify a number of functional issues. The role of Gar Gakyils in coordinating the legal alignment of Lings was discussed, as making the Affiliation Agreement Requirement for new ling Gakyil members less complicated. There was strong interest in Gars and Lings implementing auto-renewal methods for membership that are increasingly easy to address with updated technological applications. There was also a short workshop for all Gakyil members to improve organization, communication, and collaboration.

Overall, attendees were pleased with the clarity, professionalism and relaxed flow of exchange between members in this forum, and many commented that the day was a good example to apply to their own local Gakyil meetings and Annual General Assemblies.