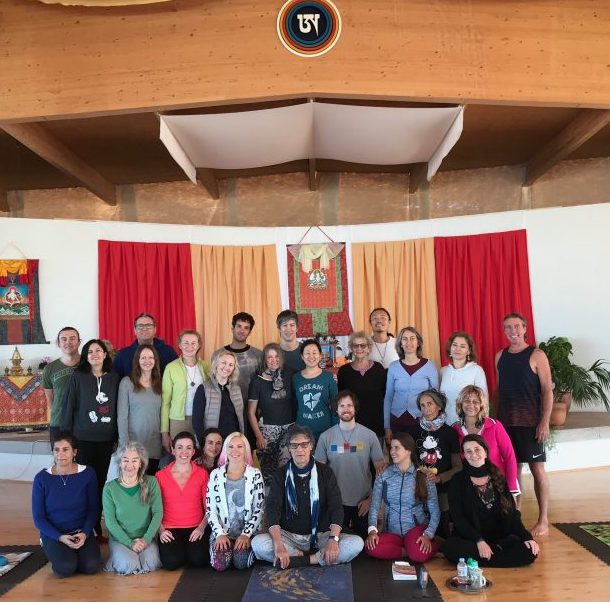 The Training comprises two parts and we have just completed the first. During this first part, six days of very intensive practice, a group of over 20 persons was led to gain a deep experiential knowledge about the core preliminaries of Yantra Yoga: The EIght Purifications of Prana, also known as The Eight Movements, he Nine Breathings for Eliminating Stale Air and finally a simplified version of the Rhythmic Breathing. 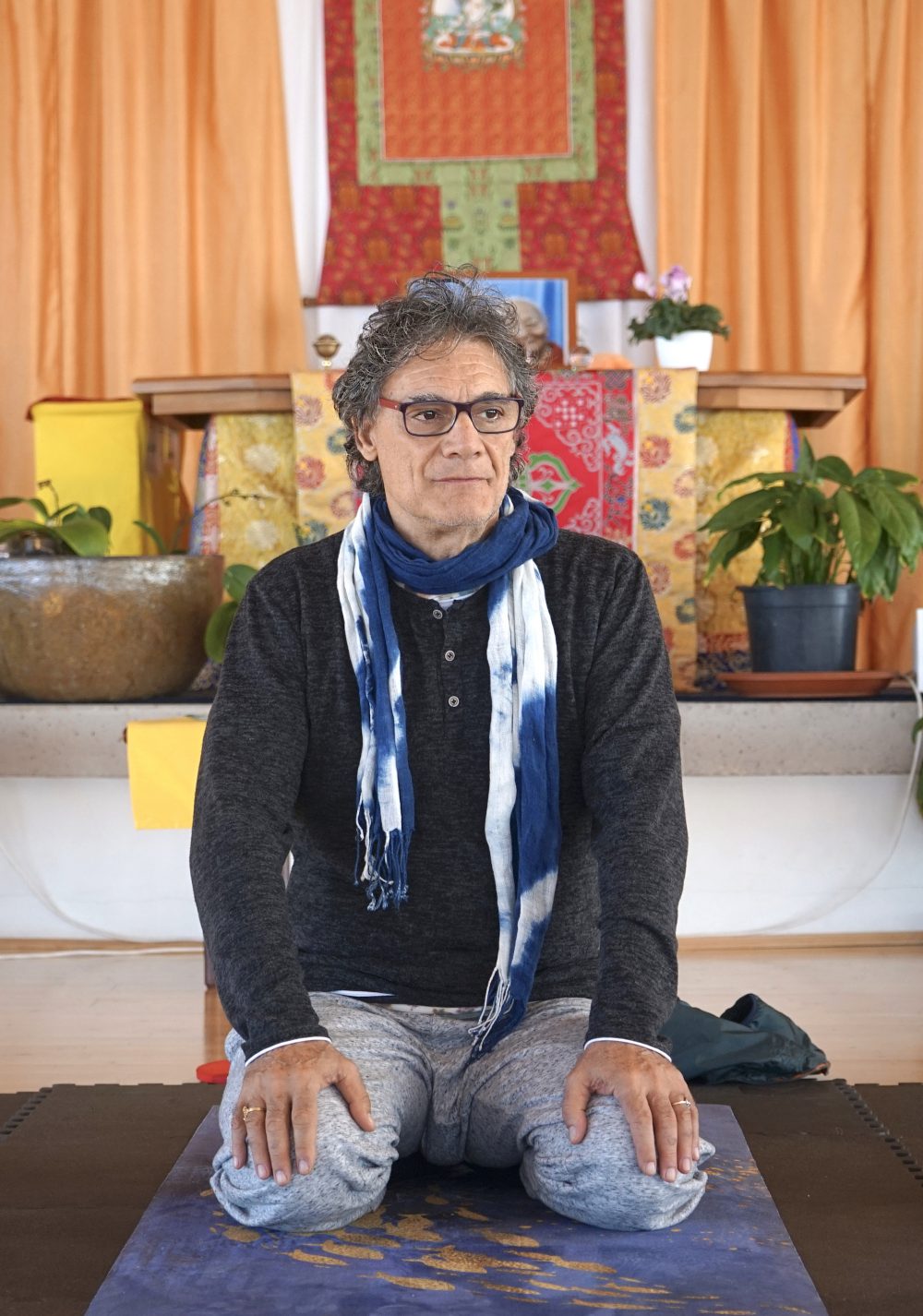 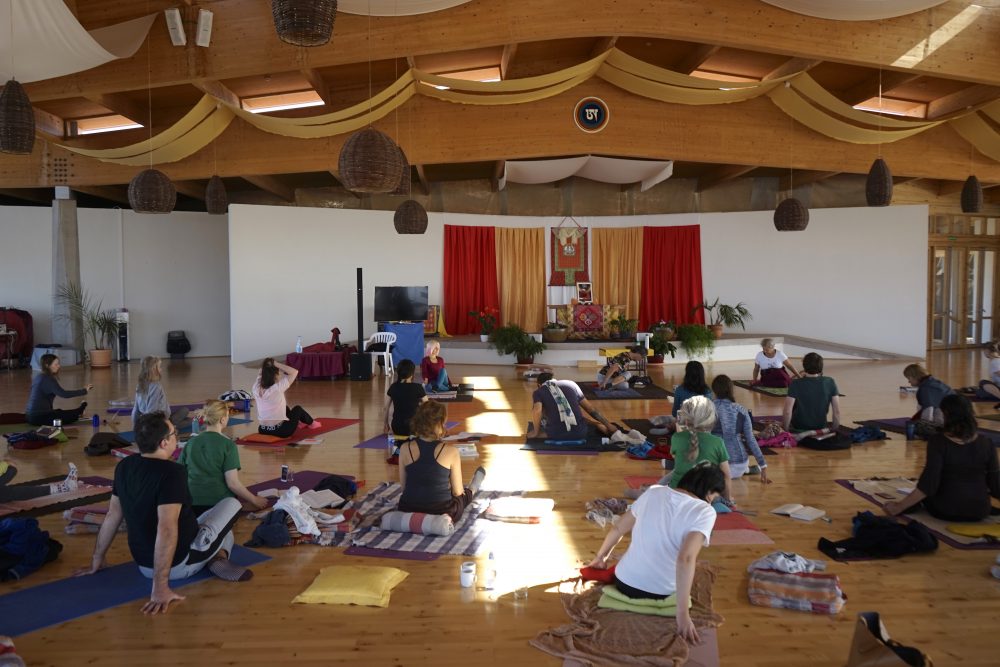 The training lasted from morning to late afternoons; the slight chill of Tenerife winter mornings gradually giving way to the hot afternoons. It is a very mild winter this year in the Island, the sky blue and the sunsets purple.

Gathered inside our spacious and bright Gönpa, we followed the explanations and demonstrations of the main instructor, Fabio Andrico, while he taught with his usual wit and humor, encompassing the different levels of the practice: from the physical movements to the inner circulation of energy. 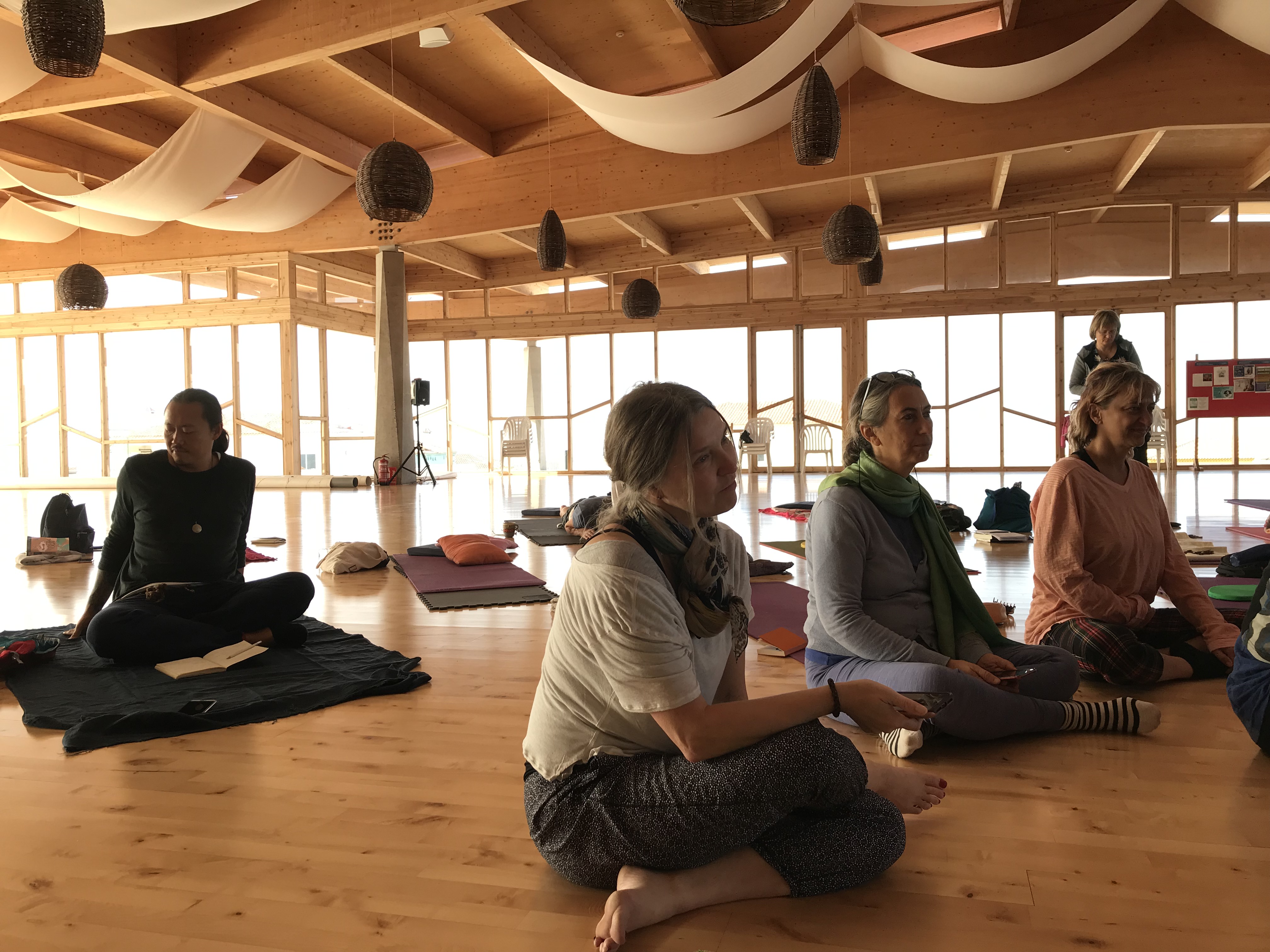 Mastering any aspect of Yantra, even the simplest, is not an easy task. The Eight Movements might not be very physically challenging and complicated. However simple is not easy: I have been personally practicing the preliminaries for over eight years now, but getting to the level of experimenting a fluid practice takes great skill and dedication. It is quite a peekaboo for me at the moment, sometimes is there -simple and natural – and then it is hidden again.

Most of us were particularly delighted by the Relaxing Breathing Routines that Fabio demonstrated. Relaxing and breathing in silence, only the pigeon tu-tuu-tuting in the distance, we learnt to train the breath and finally let go of any training effort. Just be. 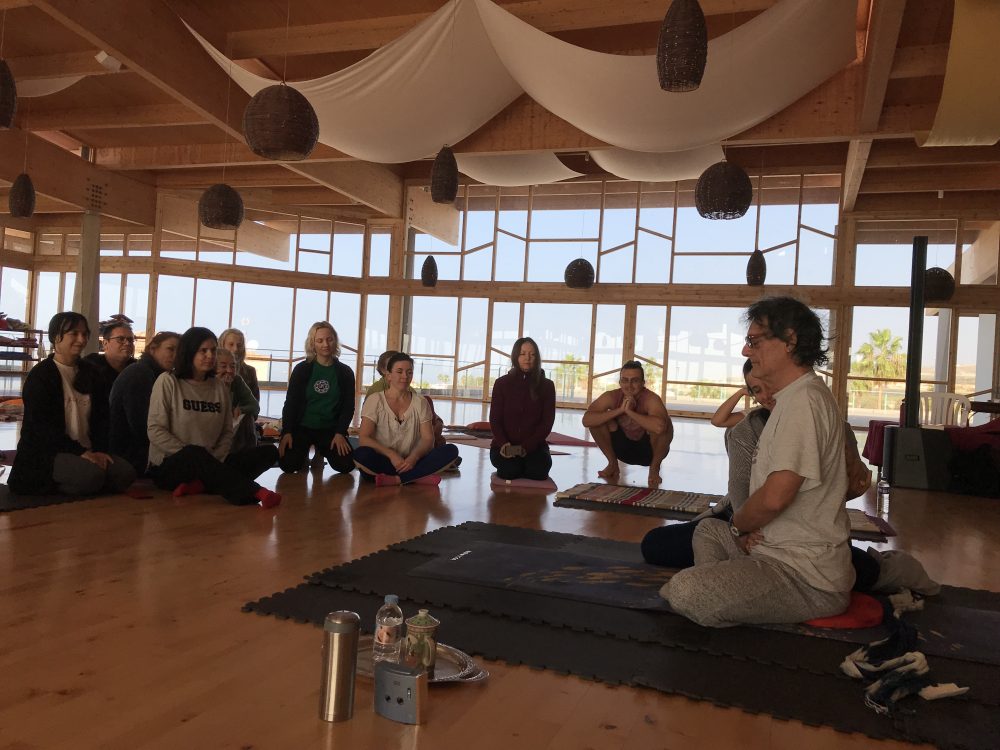 We can not omit to say that two other wonderful instructors were present during all the course, Naomi Zeitz and Valeria Spasskaiia. They would demonstrate all the positions to us and then help each of us, over again, to discover mistakes and imperfections while we were practicing individually. It was truly a great help that allowed us to progress correctly.

After the training the participants are required to practice individually, integrating breathing and movement to develop a fluid and harmonious practice. They will reconvene in March for the Supervision that will encompass both theoretical and practical aspects. Those who pass the supervision will be also able to teach the Eight Movements and so bring benefit to the many people suffering from physical and energy imbalances in our hectic society. 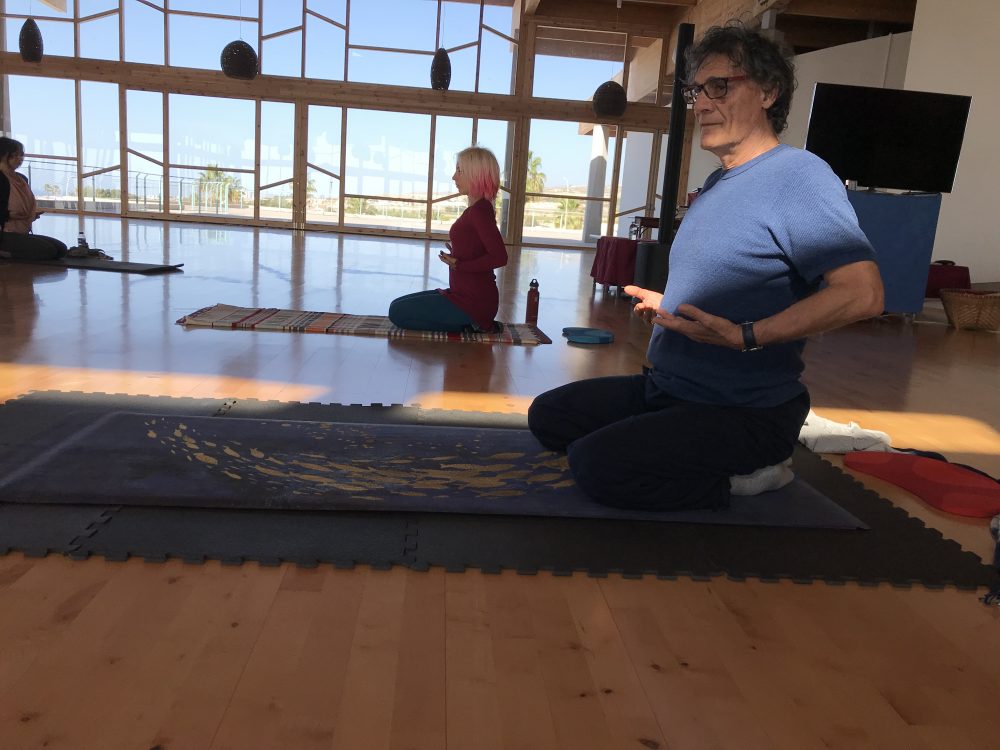