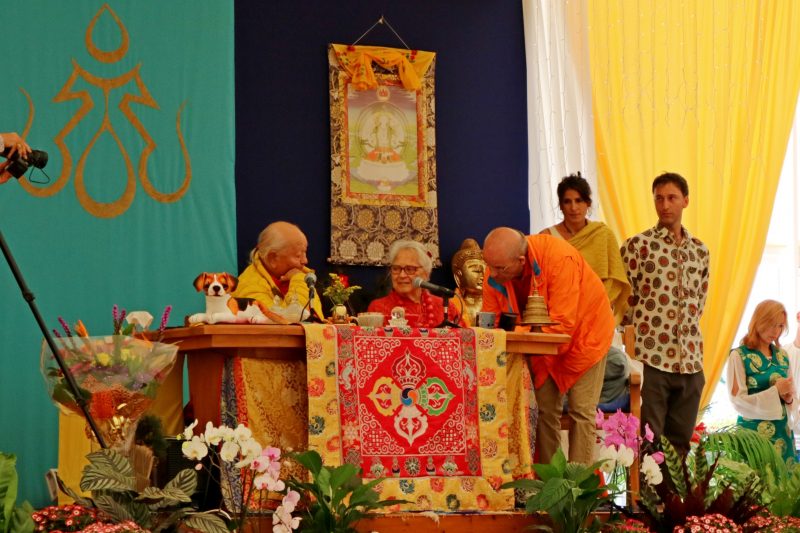 The process of establishing the new International Ati Foundation started when Chögyal Namkhai Norbu made the announcement on December 1, 2017 at Dzamling Gar (http://melong.com/future-shang-shung-foundation/). He presented his vision of having one big ‘umbrella’ to cover all the activities and organizations of the Dzogchen Community, such as ASIA, the Museum of Asian Art and Culture (MACO), the International Dzogchen Community, and Shang Shung Foundation and its branches. During the following months we tried to work out how to do this with Marco Baseggio, the lawyer who was given the task by Rinpoche, and an external consultant, a lawyer in Barcelona and an expert in international law especially concerning foundations.

What has been done concretely in these months is that we have been preparing the statutes of the new Foundation. Marco drew up the draft in Italian, we had it translated into Spanish and gave it to the lawyer who indicated that some things should be changed to bring the statutes more into line with Spanish law. Very shortly we should receive the new statutes for the Ati Foundation, which we expect to be the final version. The name of the Foundation will most probably be changed but at the moment we do not have the official name.

The Shang Shung Foundation is going to be closed but the various branches of the Shang Shung Institute will continue. The main activity of the Ati Foundation will include the activities of Shang Shung Foundation. The branches of the SSF will continue working as they are now, but they will be under this bigger umbrella. They will also probably keep their names as most of them are already registered in different countries and it doesn’t make much sense to change this.

The document that was signed at Losar, February 16, 2018, at Dzamling Gar, was more important for us as a Community. It was a very brief summary of the main points of the statutes and was signed by the Founders of the Ati Foundation, Chögyal Namkhai Norbu, Nancy Simmons, and Carlos Ramos. What will be signed in front of the lawyer will be a much broader document.

How does the Foundation operate? The Ati Foundation will be opened in Spain for several reasons. First of all because Rinpoche is staying here for longer periods of time but also because Spanish law concerning commercial activities is a little more flexible. It will be a Spanish Foundation and since we operate internationally it is better to be based in Spain.

The timing. The Statutes are almost ready. The Founders will open a bank account in Spain that will be the future account of the Ati Foundation. The account is necessary because we have to put a certain amount of capital into it in order to open the Foundation. The process can be initiated when the capital is in the bank account, and this has to be certified. Once this has been done, the Founders can sign the documents in front of the notary and officially assign responsibility to the Board of Directors. 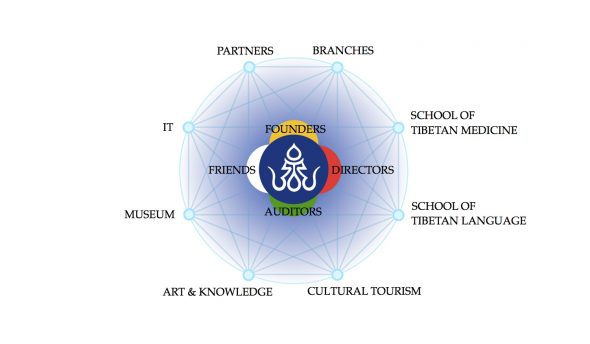 Structure of the Ati Foundation

The Founders. There are three of them: Chögyal Namkhai Norbu, Nancy Simmons, and Carlos Ramos. They will not manage the daily running of the Foundation, but will delegate and give official responsibility to a Board of Directors.

The Board of Directors will be made up of five people: Oliver Leick (SSF), Marco Basseggio, Alex Siedlecki (MACO Museum), Pia Bramezza (MW Admin), and Ester Escudero because one requirement according to Spanish law was to have at least one person with Spanish nationality on the Board. Basically the Board of Directors decides the day to day running of the Foundation.

Then there are the Friends of the Foundation. The figure of the Friends that exists in both Italy and Spain refers to the big donors of an organisation who are able to make suggestions. In our case we also thought to include ASIA and the IDC in this category so that they do not have to change their status (ASIA as an NGO and the IDC as an association) at the moment. At least one of the Friends will be able to participate in the meetings of the Board of Directors.

The Auditors are more connected to the financial part to check that the accounting is done properly and will be external figures.

The Foundation will have different departments that should be autonomous. One of those will continue to be the various branches of the Shang Shung Institute that will continue as before working more in the field of Tibetan culture. The new thing will be the School of Tibetan Medicine that will no longer be a part of the SSI but a separate department. Dr. Phuntsog Wangmo will be the head or director of this department.

The Art and Knowledge department will include everything that is connected to Khaita, Yantra Yoga, Vajra Dance, and also Art because we would like to give a bit more emphasis to art connected to Tibetan culture but also not limited to it. There will be different directors here for the several departments.

Then there will be a department of Cultural Tourism which will be based both in Tenerife and Italy. One of the ideas is that tourism can be an independent commercial activity. This area still has to be defined.

There will be the IT (Information Technology) department which will not actually be providing any concrete fruit but will enable all these other departments to operate and is very necessary.

One point that has been emphasized is that these departments should be autonomous and able to find or create their own funding. Over the years, the SSF has asked the International Dzogchen Community and its members for a lot of financing but the Foundation should not keep on relying simply on donations. So the directors of the departments of the Ati Foundation should find ways to fund their departments. At the beginning we may have to find a way to start with a certain amount of capital because we calculate that it may take two years for the departments to become self-sufficient.