Since 2005 practitioners in the Russian-speaking Dzogchen Community had been looking for a place in Crimea to establish a gar, which was supposed to be Merigar East. In the end Merigar East was founded in Romania in 2007. Then after viewing a few options, in 2009 Rinpoche announced that Kunsangar South would be founded in Crimea, not far from Sevastopol.

Crimea is a peninsula with a unique climate, a warm sea, low mountains, green fields, canyons with rivers all around, and ancient towns. The Black Sea beaches are 15 minutes from the Gar as is the city of Sevastopol. The airport is about 2-2.5 hours from the Gar, which borders on Goncharnoe village and is in a rather isolated position, far from any neighbours, so it is private and quiet.

Our area is situated in a very picturesque cup-shaped valley surrounded by low mountains on all sides with wonderful views. On a summer day the air temperature sometimes reaches 35-40 C, but there also can be a significant change in temperature at night – up to 10-15 C. In winter there can be sub-zero temperatures and snow from time to time. The best time to visit Crimea and the Gar in particular is from May till October.

With the blessing of our Teacher we constructed a Longsal Stupa at Kunsangar South. Improvements to the surrounding area concluded in 2018. This year we will be working on the green area around it. 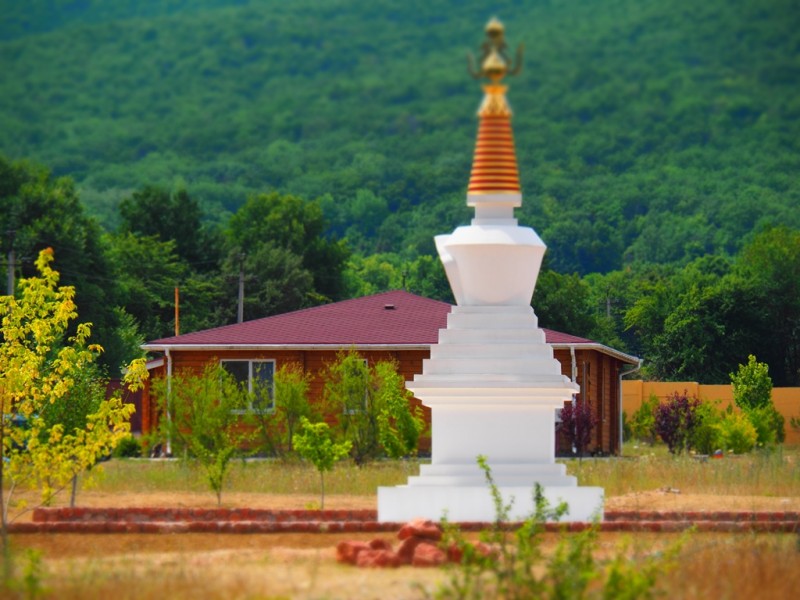 According to the wishes of the Maestro, Migmar Tsering and a group of artists decorated the Kunsangar South gönpa in 2012. This project was based on a similar one at Merigar East, which is why the two gönpas are alike architecturally, although the windows are much bigger in Crimea. The considerable glass area gives an almost panoramic view and a wonderful opportunity to do Longde practice. There is under-floor heating, thus we can practice in comfort in any season. This winter for the first time we had a Vajra Dance retreat during the New Year holidays.

In 2014 Crimea became part of Russia so we didn’t have many practitioners visiting the Gar until 2017. During those years 4 or 5 small retreats (for 10-20 people) took place annually with Russian and Ukrainian instructors mostly for local practitioners.

Since 2017-2018 the situation has started to change: international instructors such as Fabio Andrico and Elio Guarisco have led retreats at Kunsangar South even though we still don’t have so many people for our activities, usually 30-35 people. Everybody, however, considers this to be a bonus since we can do practice retreats and get personal attention from an instructor. 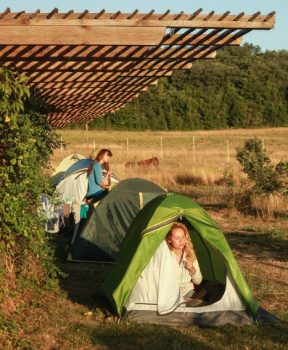 There are two retreat houses on the land, a small bungalow and dark-retreat house, built in 2012-2014 thanks to the help of sponsors. The Gar camping facilities are open from May till September. There is also a kitchen area where karma-yoga cooks make lunch for everybody during the retreats. We also celebrate holidays, have music sessions and play board games there. Since 2018 a guest house with 3 rooms for 9 people and a shared kitchen has started to take in guests. During our retreats we have a rather cosy and relaxing atmosphere: everything you need is at hand, the weather is nice, we spend time in a close family circle where everybody knows everyone. The accommodation places in the houses are not still enough and the Gakyil is doing its best to enhance this number in the coming years.

At the beginning the Gakyil chose sustaining SMS practices as the specialization of the Gar and Rinpoche approved that choice. From our personal experience of practice at the Gar we have found that Kunsangar South is a perfect place for personal retreats in a relaxed and profound way. 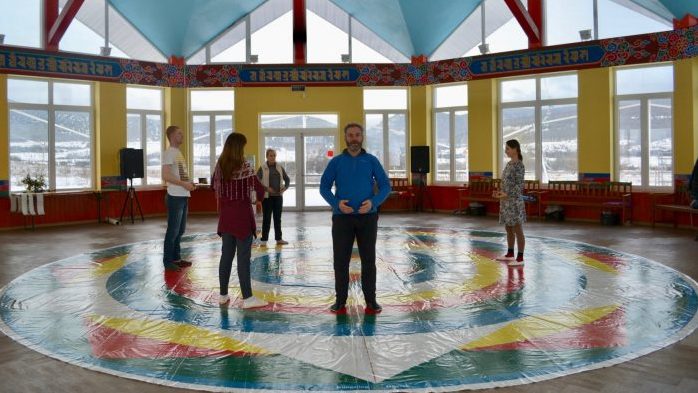 We have prepared a rich program for 2019 and in the upcoming summer season we will have a Geko who is fluent in English. We are happy to welcome practitioners from all over the world at Kunsangar South.

After July 25 Vajra Dance retreat may be held 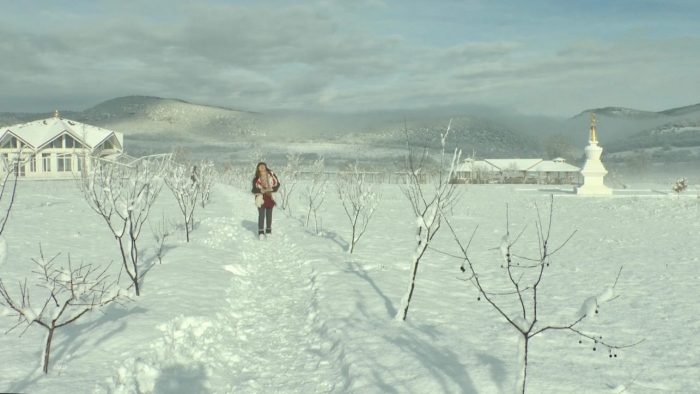