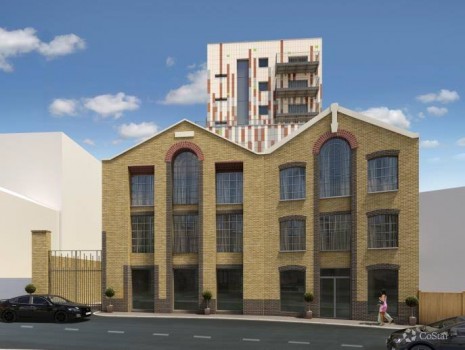 The UK community opened a new center in London in October 2015. Lekdanling is a modern studio space in the new conversion of an old ceramic factory in Hackney, London’s coolest and most exciting area. Offering excellent facilities for teaching and practice – including a dedicated therapy room – the center is also home to the UK branch of the Shang Shung Institute, which has developed an impressive and innovative program.

The center is located on a quiet street, on the ground floor of an upbeat commercial and residential development. Immediate neighbors in the building already include an art gallery and another yoga center. Within a couple of minutes’ walk, visitors can be right in the heart of Hackney, a borough of East London which has seen an extraordinary transformation over the last ten years, attracting many young creatives priced out of the more established bohemian enclaves of the north and west of the city. New shops, restaurants and bars have sprung up like mushrooms; bearded hipsters abound. The local park – a green oasis with a canal running through it – has gained a new lease of life. 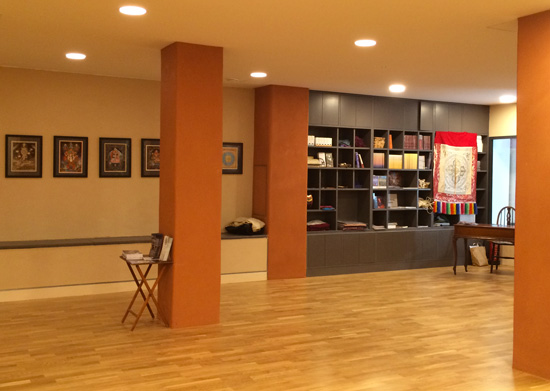 The main area of the center boasts a sprung wooden floor, ideal for Vajra and Khaita dance. To one side, beside large windows, is a book shop and reading area. Behind a sliding screen, there is a dedicated therapy room, served by its own en-suite shower room. Beside a lobby, with coat hooks and shoe storage, there are two more toilets, including one for disabled people. A small kitchen is cunningly concealed in one corner. And there is abundant storage space for such things as cushions and mats for meditation and Yantra Yoga.

Lekdanling complements Kunselling, the UK community’s retreat center in rural Wales, which has been in operation since 1998. Kunselling is in a beautiful, remote region of the countryside and perfect for residential courses and retreats. In recent years, however, numbers in the London community have grown to a degree which merited a center in the city, somewhere which can be visited during the day and in the evening. It was becoming increasingly impractical and uneconomical to hold practices and events in people’s homes or in rented premises. With Rinpoche’s blessing, the idea for a London center was born.

Eventually, after much searching of the commercial property market, a suitable property was found in September 2014: in a good location, big enough to contain a Vajra Dance mandala and realistically priced. Starting with quite a small seed capital, the UK Gakyil paid enough money to take the property off the market and began fundraising in earnest, hoping to hold off for as long as possible the date the vendor demanded an exchange of contracts. By June, the optimism had paid off: the ink was dry on the contract and the purchase was complete. 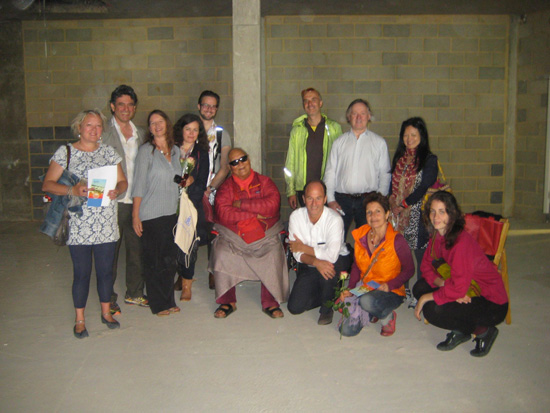 Those ten months were a time of intense activity for the UK gakyil: at times, the cost of the property seemed unrealistic and out of reach. However, members of the Community – including donors from abroad and help from the International Gakyil – were extraordinarily generous. Londoners, of course, showed a particular commitment to the project, making up the bulk of those who became “Friends of the London Center” by setting up a standing order financial payment.

Once contracts were complete – not without a last-minute VAT drama – work began to fit-out the space. The Gakyil hired a young architect, who had a number of ethical, charity-related jobs in his portfolio and who had also done work for a member of the London Community. The main contractors were a small firm headed by another member of the community. And aided by the contribution of some karma yoga, a bare, concrete shell was transformed into a state-of-the-art studio.

The UK Dzogchen Community will be sharing the space with the UK Shang Shung Institute. Since its beginning in 2010, SSI UK has collaborated with two prestigious institutions, the School of Oriental and African Studies (SOAS) and the Victoria and Albert Museum (V & A), to showcase the academic and artistic aspects of Tibetan culture. It has also launched Insight Tours, organizing trips to countries of Buddhist culture and heritage, as part of its fundraising drive. 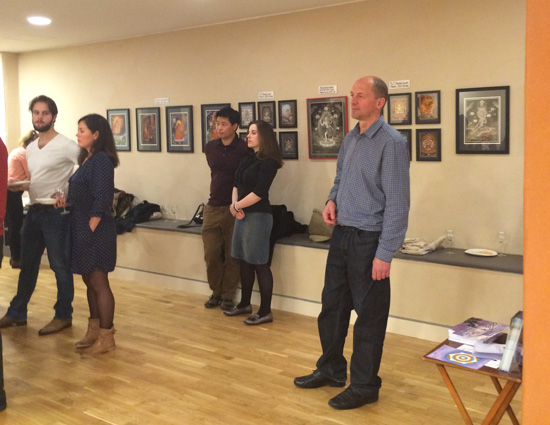 Lekdanling was officially opened in October

The address of Lekdanling is:
Unit B, 14 Collent Street, London E9 6SG
Nearest stations are Homerton and London Fields.