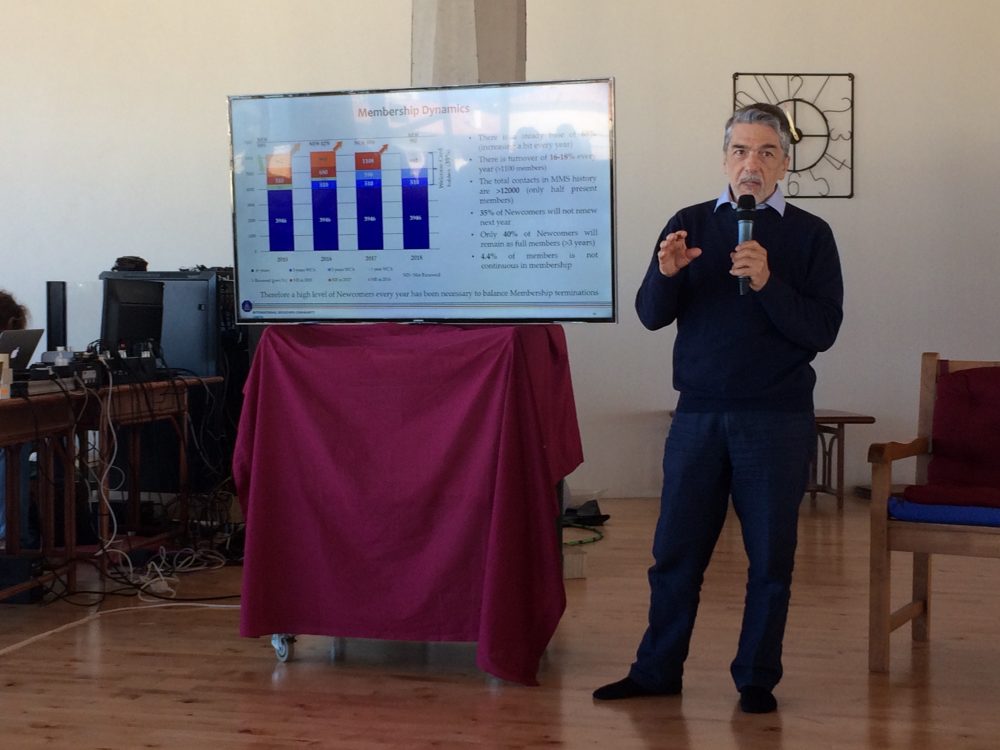 About a month ago, I sent a Yellow IG report to the Yellow Gakyils of the Gars. Today I would like to talk about the membership dynamics and the more detailed statistics we will talk about tomorrow during the AGM.

I would like to explain and give some information about how the Community works regarding the membership dynamics. So you see, this is the history since 2015 when the IDC opened the membership to the Community. Now we have collected four years of data, so we can see how the behavior has been for this time period. Firstly we can see that we have a base of membership of people who have been in the Community for more than four years; these memberships are legal members, which means they are not ‘Welcome’ members [first three years members].

We have a change rate of around 20%, 20% enter and 20% leave each year. You can see that we have fewer and fewer new people entering every year, but the average is around 1000. Ofthese people there arealso previous members that did not renew each year.Only 60% of new members remain after the first year, another 15% leave in the second year and then 10% in the third year, so we remain with quite a small number of newcomers after three years. What I would like to point out is that up until now we have had this number that made the total number balanced; the newcomers balanced the people who left. The point is, what will happen in the future? 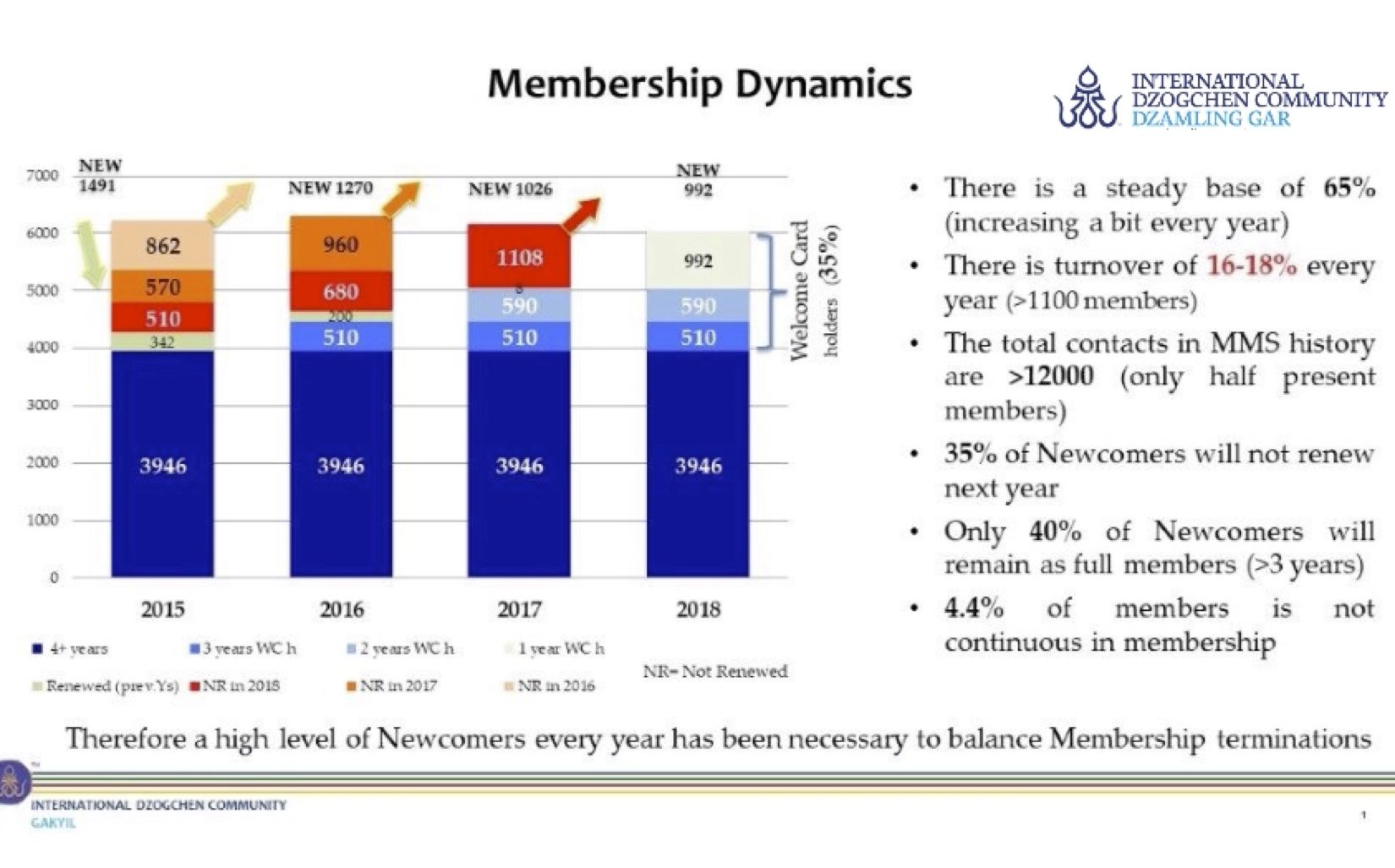 If we want to maintain membership numbers like in the previous years or higher, we need to have newcomers coming to see and join the Community, otherwise we can expect 18% fewer each year, at least for three years, and then we hopefully arrive at a stable base. So this is a message, especially for Gakyils, to think about how to cope with this situation and try to find some solutions and actions to try and draw new people in, or the income of the Gars has to reckon with the decrease in membership and has to cope with a different economic situation.

The present situation that we checked at the end of the first quarter (and confirmed at theend of May) is that we have 10% renewals less than the first quarter of previous years, so that means that there are not replacement memberships coming in when others leave. This is what I want to present and open up the discussion for Gakyils, etc., and suggestions.