While 2019 remains a year of reflection and mourning throughout the whole Dzogchen Community and particularly at Merigar West, which hosts the bodily remains of Chögyal Namkhai Norbu, there are important projects that are going ahead such as the renovation of the Gönpa and the transformation of the Stupa of Illumination into a sanctuary. 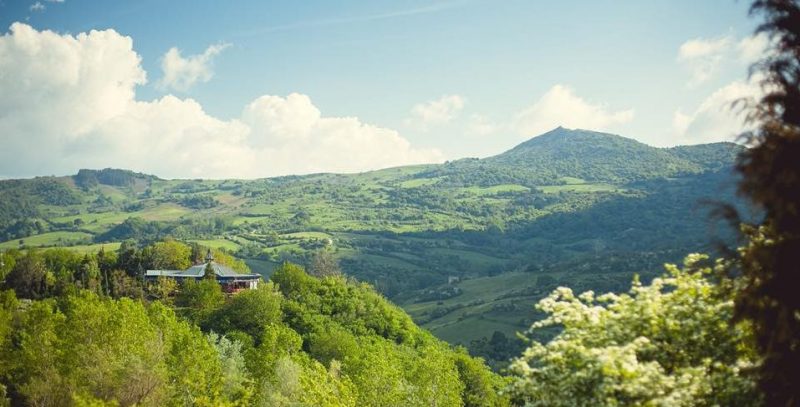 Renovating the Gönpa
In recent years we have had some problems at our Gönpa due to the form of the roof extension, which encourages rainwater to enter and leaves the external part of the building exposed. Apart from some structural damage, the paintings and decoration both inside and outside have suffered. For the last two years we have been doing studies with professionals to find solutions. We have checked with geologists and structural experts who have analyzed the building from top to bottom: the roof, the wooden roof beams, the supporting wooden columns, the foundations and the rock under the foundations. The company that built the Gönpa, Holzbau, has studied the report and come up with a project to resolve the problems.
We have approved the new project and restoration work will start in April and should last for about two months. This will include replacing the entire copper roof and replacing the external wooden decking with paving so that rainwater will be drained away from the building. The glass windows and sliding doors will be removed in order to check the supporting beams and then replaced with new ones that will be safer. We expect the Gönpa to be open once more by the summertime. We are asking for sponsors to help cover the renovation costs which they can do through our new website www.merigar.it. 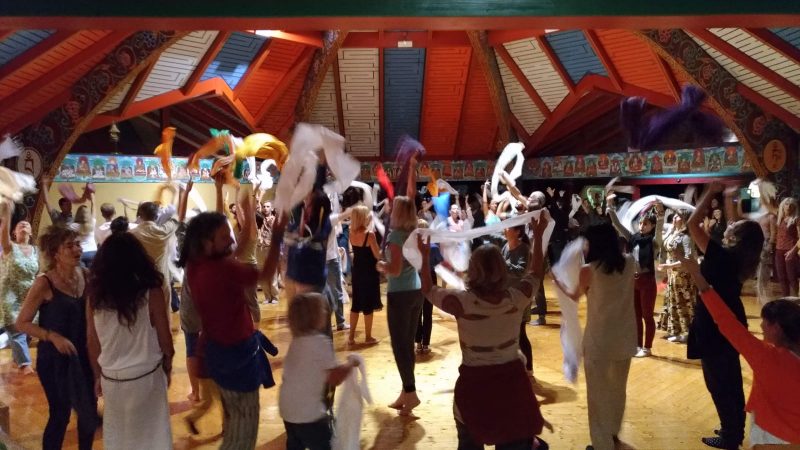 New Merigar Website
Our new website is up at www.merigar.it. There is lots of news about the 2019 program of events at the Gar with two separate sections: one for the general public which is displayed as soon as you access the website.
https://www.merigar.it/en/courses-and-events/
For those who have received transmission from Chögyal Namkhai Norbu, there is a section on reserved courses at the bottom of the Courses and Events page.
https://www.merigar.it/it/corsi-e-eventi/members/

The boschetto, little wood
In August 2018 we examined the landslide on the path leading into the wood, created over the years but made particularly bad by the extreme weather.
Work to clear the area has begun, also to be able to plan the interventions in a precise way. At the moment we are developing a project to find a solution to channel the rainwater, so that it does not create further damage and landslides. 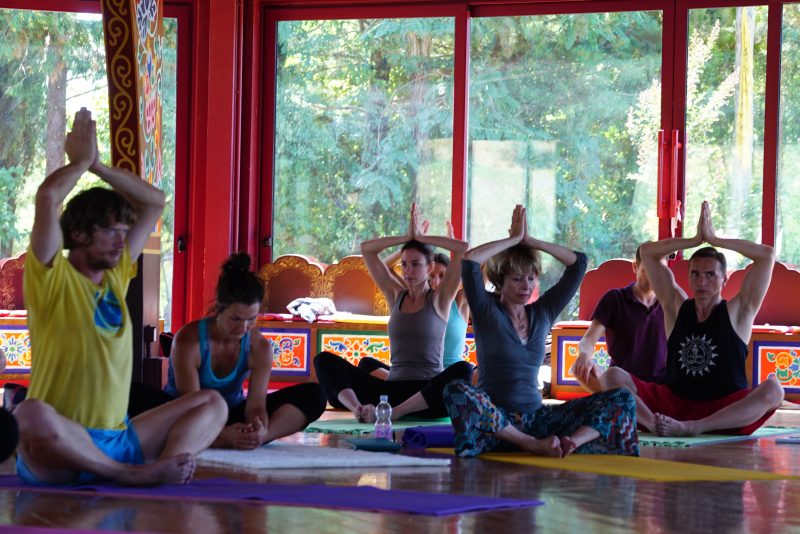 The Stupa
There will be a special opening of the Stupa of Enlightenment on Saturday August 10, 2019 from 7:00 in the morning to 21:00 in the evening for those to wish to pay homage to the bodily remains of our Beloved Master, Chögyal Namkhai Norbu. The entire day will be dedicated to the practice of Guruyoga. Previous to this there will be five days of practice at the Gar from August 5-10.
The Stupa will become a Sanctuary, a place that is considered sacred since it is home to the bodily remains of our Teacher. The natural hollow in the area in front of the Stupa will become a special area of respect where people can come to pay homage.

Supporting the Gar
In the early years of Merigar, most of the support for the Gar came from Rinpoche’s retreats. However, over the years, Merigar has become self-sufficient and has created various sources of income. The greatest financial support is always through membership and so we ask our members to continue to support the Gar in this way. The courses at the Gar also help to support the Gar as well as donations.
Last year we were able to receive a substantial amount of money from the Italian Buddhist Union (UBI) – of which we have been a member for some years – for the expenses of maintaining the Gar. The UBI has recently become entitled to receive what is called “8/1000” which means that individuals paying income tax in Italy (only) can delegate a part of it to the UBI as it is now officially recognized as a religious institution. There are around 50 members of the UBI and the UBI invites tenders from its members for some of their necessities such as specific projects, management costs, etc.  In this way the UBI passes on the money it receives from the “8/1000” for various expenses and projects at the different Buddhist centers. 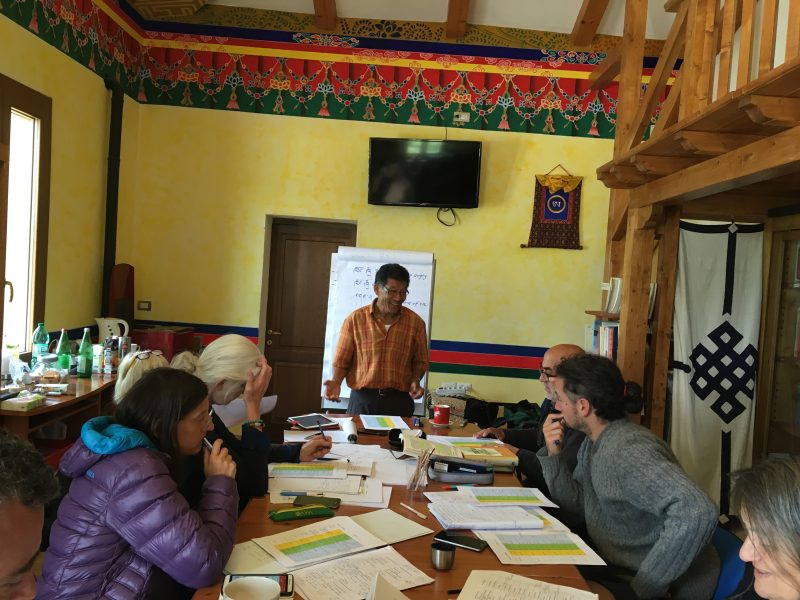 This year we are asking for a contribution for part of the management expenses of last year. We are in a situation to receive contributions from the UBI not only because we are members, but also because Merigar has become a complete legal entity. So while we have considerable expenses for accountants to maintain our legal status and fiscal transparency at all levels, there are also financial returns for us, such as from the UBI and the 5/1000.
From last year Merigar has also been entitled to directly receive “5/1000”, which is a part of individual income tax in Italy that people can delegate to an association, since the Gar has become a legally recognized cultural association. People making their income tax returns in Italy just need to specify this when they make their returns.
We also receive some small amounts from renting out the Gönpa to different groups from time to time, from the Merirooms, which is a large apartment in Arcidosso belonging to Merigar, the Dzam shop at the Gar, as well as the Merigar House at Dzamling Gar. 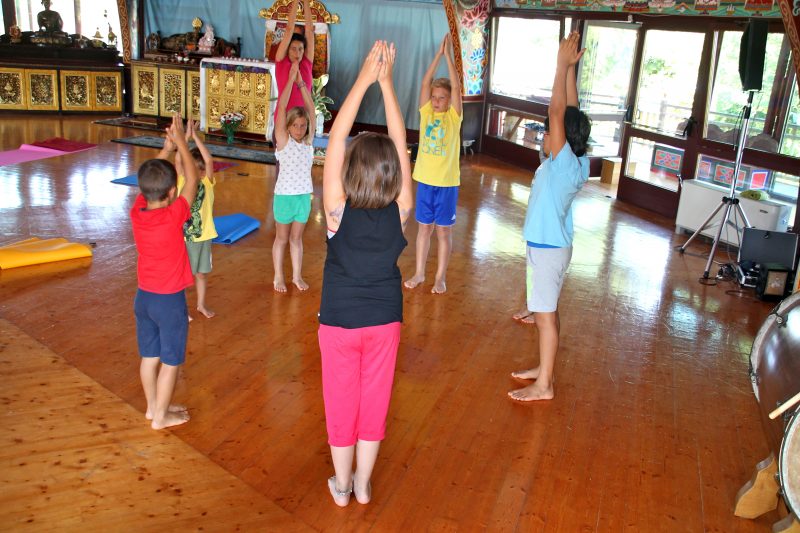 A Year of Reflection
This year the program at Merigar is dedicated more to intense collective practice as a continuation of the intense practice done in the autumn of 2018. In particular there is the Easter Retreat April 20-22, and Collective Practices August 5-10 and September 26-29, as well as the big summer retreat August 11-15 based on Chögyal Namkhai Norbu’s text Birth, Life and Death. In addition, each month we will also have activities that are for people who are not from the Dzogchen Community.