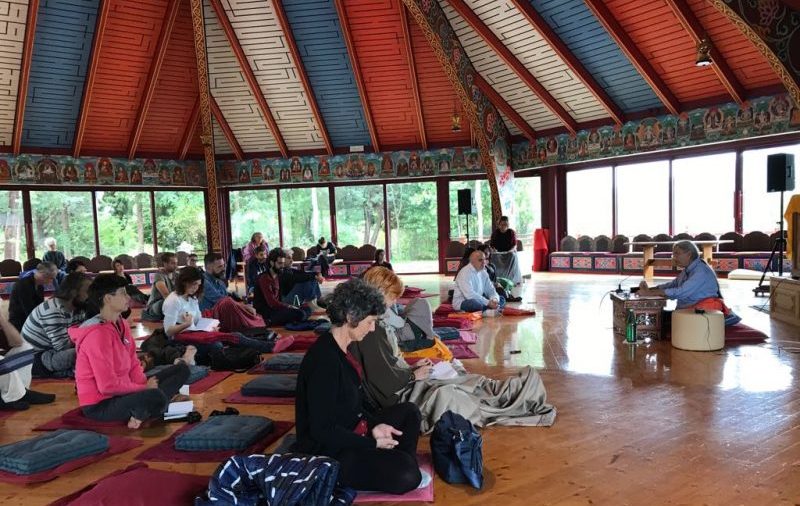 Over the weekend of September 30 – October 1, Santi Maha Sangha instructor and Tibetan translator Elio Guarisco led a course on mindfulness in the Gönpa at Merigar West in Tuscany, Italy. Over 60 people attended the course, more than half of whom were newcomers to the Gar.

There were two sessions each day with Elio’s explanations interspersed with periods of concentration on the breathing. On the first day, guided by Elio, participants focussed on their breathing, the movement of the abdomen and then concentration on a point at the base of the nose. During the afternoon session, time was spent under the warm autumn sun walking slowly and mindfully in a kora around the Gönpa. 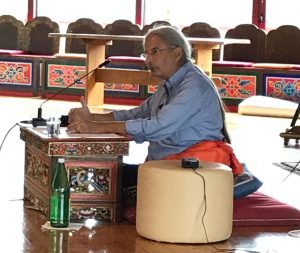 During the Sunday sessions Elio explained the importance of not fantasizing about what has happened in the past or what will happen in the future, and becoming an observer of one’s own thoughts rather than being caught up by them. There were also guided sessions on paying attention to the sensations in different parts of the body and then being present in the sound of a bell ringing.

On Saturday evening, September 30, at the Arcidosso Town Hall, Elio gave a public talk on presence related to diet according to Oriental medical systems. In particular he described the three typologies of persons according to Ayurveda and Tibetan medicine and how the qualities of different types of food are better adapted to each type.