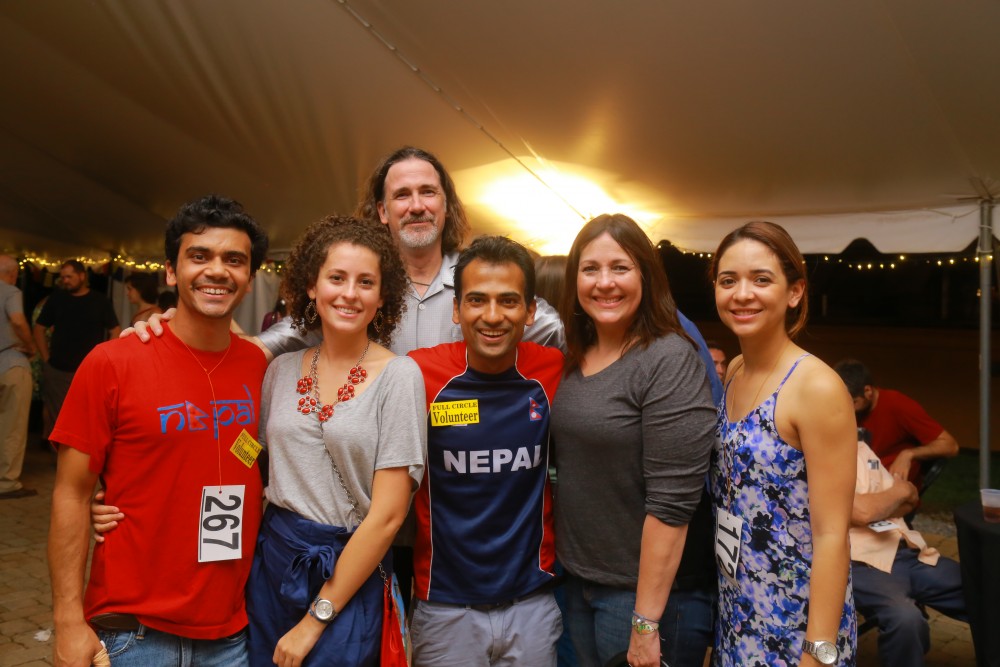 LHA volunteer organizers and musicians and friends enjoying the event

When I got the email about the earthquake in Nepal three months ago, from my ASIA counterparts in Italy, I felt sick to my stomach. Here we go again, I thought. We simultaneously mourn and spring into action. ASIA America supporters donated almost $25,000 total very soon into the fundraising appeals and together with international support, has already allowed ASIA to provide much needed and immediate aid.

I think everyone has heard about what happened in New Orleans 10 years ago, when Hurricane Katrina hit? When the levees broke, 80% of the city flooded, causing a huge natural disaster that affected people living up and down the Gulf Coast. New Orleans is home to some of the poorest people in the U.S. When people in other countries saw New Orleans poor people on the news about Hurricane Katrina, the world was shocked that such levels of poverty existed in the richest country in the world!

After Hurricane Katrina, Nepal, one of the poorest countries in the world, donated $50,000 in aid to New Orleans…and New Orleanians did not forget. 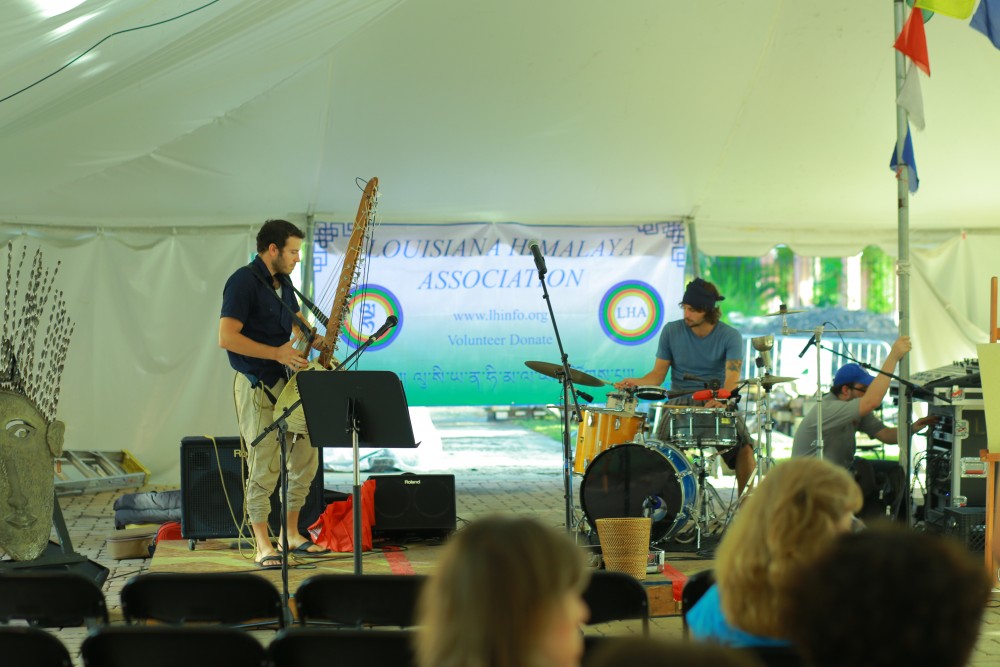 Local musicians donated their talents to make the celebration lively

I’m living back in New Orleans again and love the spirit and energy of this magical city. An old Cajun buddy of mine and Vajra brother, Neil Guidry, along with a group of close friends, founded LHA here, Louisiana Himalaya Association, about 20 years ago and mainly works to help Tibetan refugees and the poorest indigenous Himalayan people in and around Dharamsala, India. Neil teaches graduate courses in social work at Tulane University and he and the Dean of the School of Social Work invited and organized the visit of His Holiness the Dalai Lama a couple years ago, here in New Orleans. 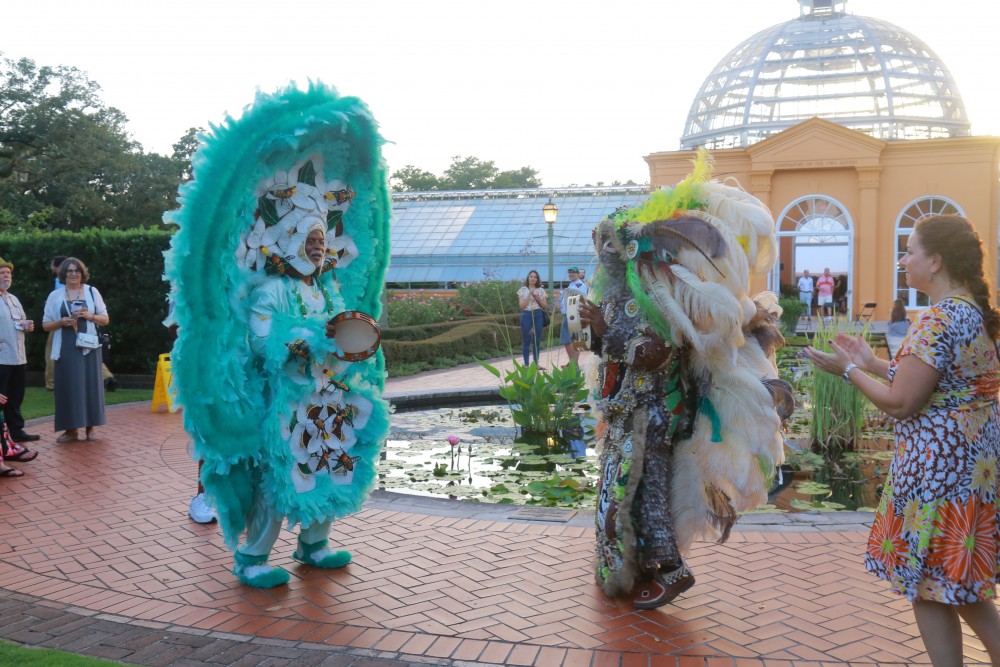 When our friends at LHA got the news about the earthquake in Nepal, they responded quickly and organized a fundraising event. They didn’t know how well it would go and were afraid, in fact, that they would barely break even. It’s very hot here right now, and they didn’t know if people would come out to the albeit amazing Botanical Gardens in City Park on a weeknight but… people in New Orleans love to party, especially for a good cause! And it was, indeed, a New Orleans style party, with great food, great music and some traditional Black Mardi Gras Indian chiefs, who joined to show their love and support. An auction was organized and as it turns out, New Orleans did not forget that Nepal helped us in our time of need 10 years ago and people gave back generously.

The fundraiser was a great success, and people were very emotional and brought to tears at the deep level of solidarity with the people of Nepal. There were a total of $52,000 in donations – almost the same amount of aid that Nepal sent to New Orleans! – which everyone was very happy and surprised about! It was LHA’s most successful fundraiser to date. In fact, we had to have a celebration, after the fundraiser, to celebrate its success!

Now here’s the great news about the collaboration between LHA and ASIA! I sent my friend Neil the ASIA PowerPoint presentation we made for a recent retreat, given by my Teacher, Chögyal Namkhai Norbu, founder of ASIA and of the International Dzogchen Community. So, a couple of days ago, I get a call from Neil, who was near Mount Everest, in the Solu Kumbu region. He was very impressed with how much ASIA had already accomplished in Nepal, in such a short time. 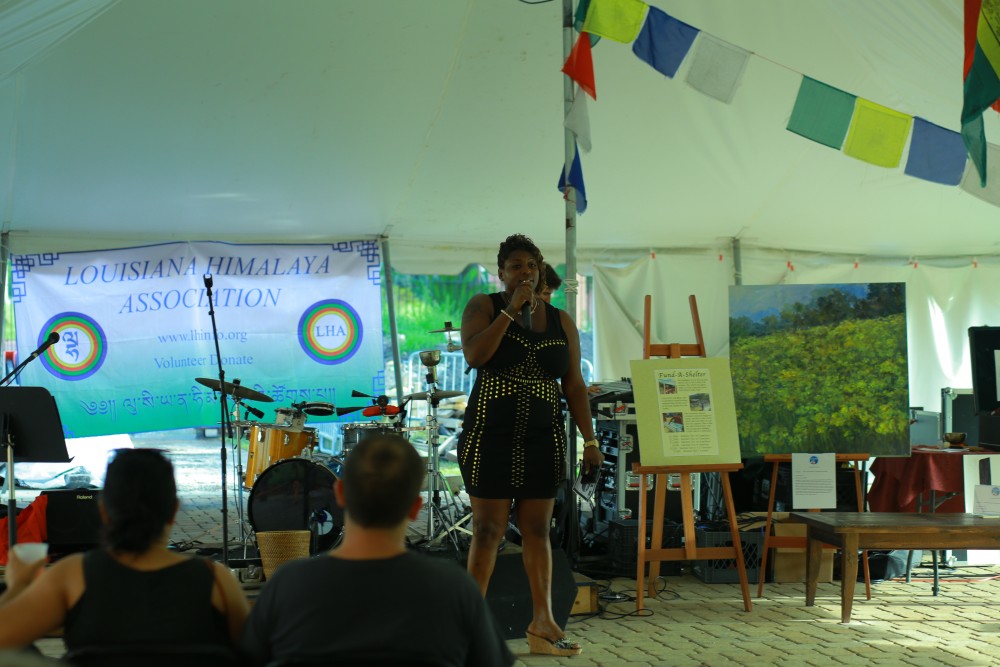 Neil and I have been trying to find a way for LHA and ASIA to collaborate for quite some time, so he asked me to put him in touch with our ASIA representative in Kathmandu where he was heading next. After meeting with Isabella Bracco of ASIA, they decided the two organizations could work together on a project for the small community of Yarsa near the hard hit Langtang region. For this particular project LHA purchased $25,000 is sheet metal roofing, which ASIA is using to construct emergency shelters for 177 families. After the monsoon the shelters will be easily deconstructed and the materials used for rebuilding homes. Besides the emergency shelters, ASIA is also constructing a temporary school for the community. We are very, very happy to work together for the benefit of the people of Nepal and look forward to continued collaboration in the future. 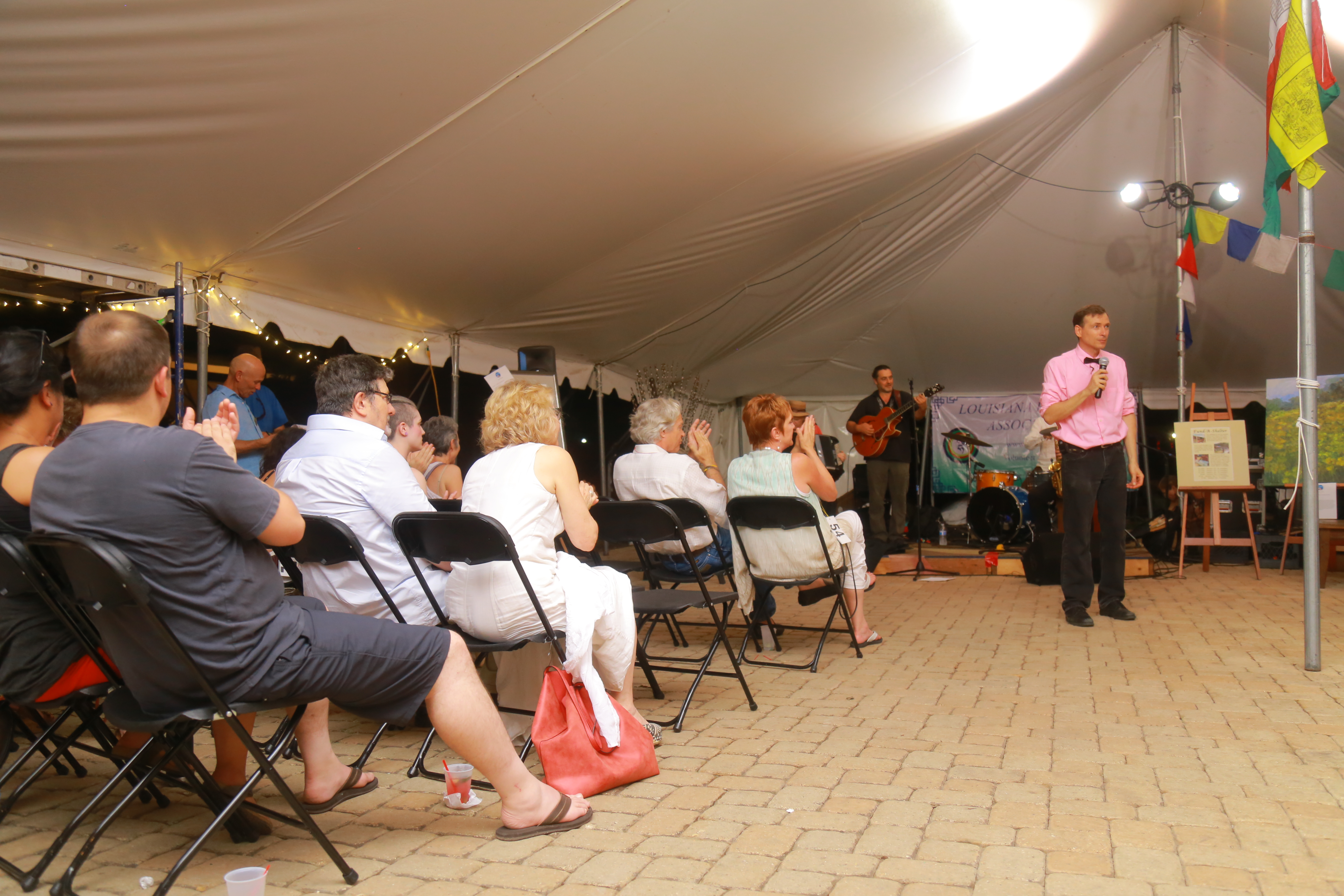 I was living back in Massachusetts at the time Hurricane Katrina struck New Orleans but I was deeply affected, nonetheless. I was glued to my computer and cried for hours every day, for about two weeks. “My people!”, I cried. It is very traumatizing to see people you have a strong connection with, suffering so terribly. I am very moved and inspired by how hard the people of LHA worked to put together this fundraising event. Some folks working with LHA have traveled to Nepal and have deep connections and friends there. Others offered their time and energy to help people whom they will probably never meet. There is a connection now, a bond between the people of New Orleans and the people of Nepal, that will go on for years to come and despite their mutual tragedies, their lives have been made richer and more fulfilling because of being given the chance to practice Compassion and Generosity towards one another. 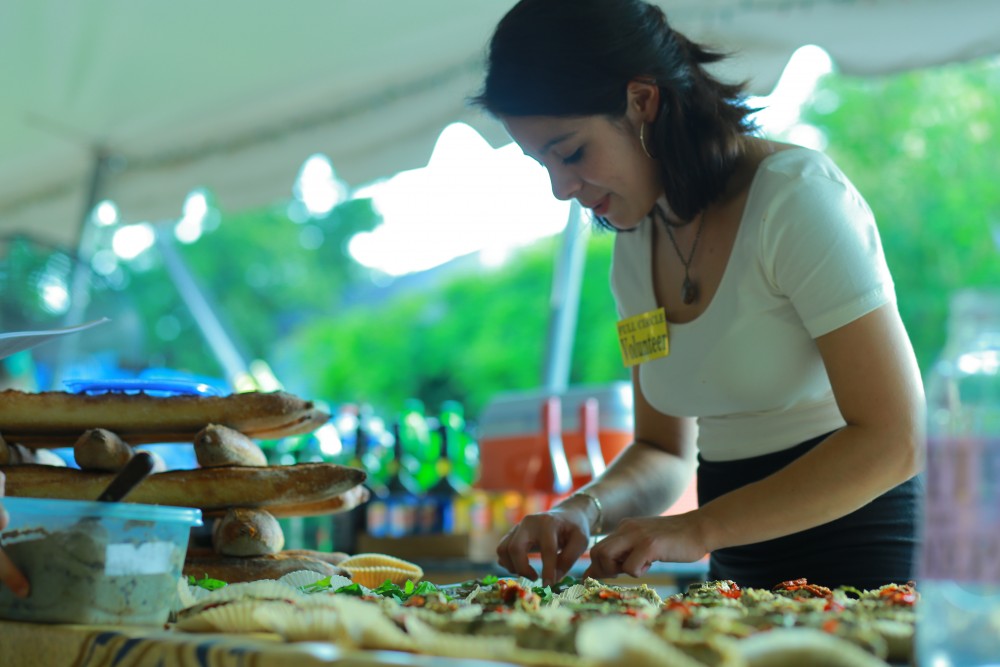 Volunteer serving food, all of which was donated by local restaurants

LINK to view a 6.5 minute video about ASIA’s disaster relief work in Nepal: