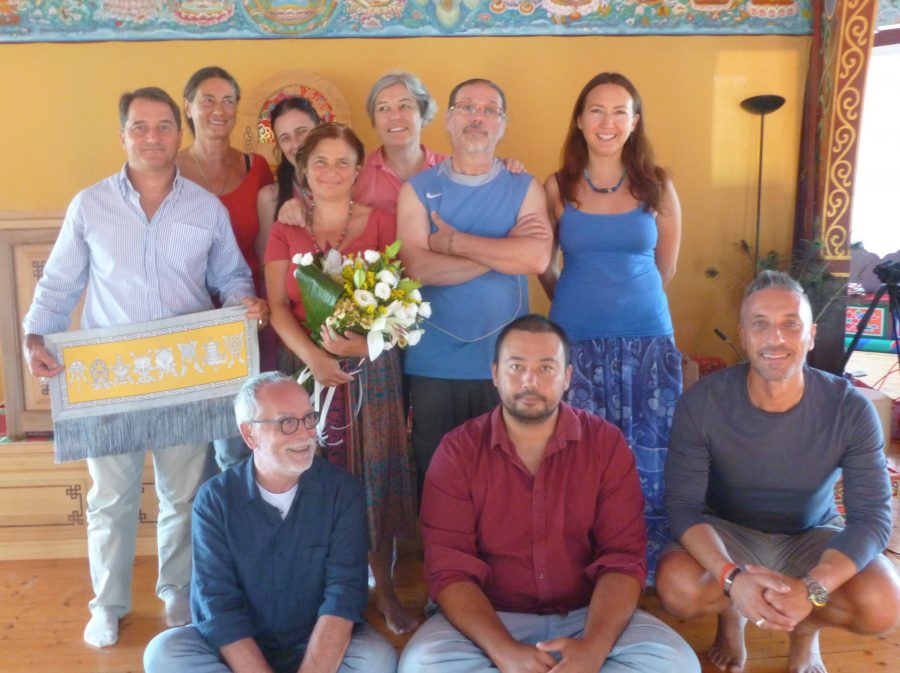 On Sunday morning, July 23, 2017, the Merigar West Annual General Meeting was held in the Temple of Great Liberation at the Gar, in Tuscany, Italy.

The Gakyil had prepared a full report of the activities at the Gar over the last year which they presented during the greater part of the meeting. The report was prepared as a pdf document that was made available for general viewing during the meeting.

Two long standing members of the gakyil, Giovanna Natalini for the blue gakyil and Gianni Totino for the yellow, finished their 6 year term of office and consequently retired from their duties. Dmitri Fieri, red gakyil, who still has a year to conclude his term of office, will remain.

In order to find new candidates and improve the way the gakyil members are selected, during the previous months a commission of three people from the Merigar West gakyil and SMS instructor Fabio Risolo conducted interviews with possible candidates. The Gakyil then sent the names to Chögyal Namkhai Norbu who approved them.