Dear Vajra Brothers and sisters of the International Dzogchen Community,

During our General Assembly on the 26th of January 2019, we elected the new Gakyil of Tengyäling, the Ling of Geneva and neighboring France.

The following were unanimously elected:

Nicolas Emsallem will be the auditor of the association’s accounts. 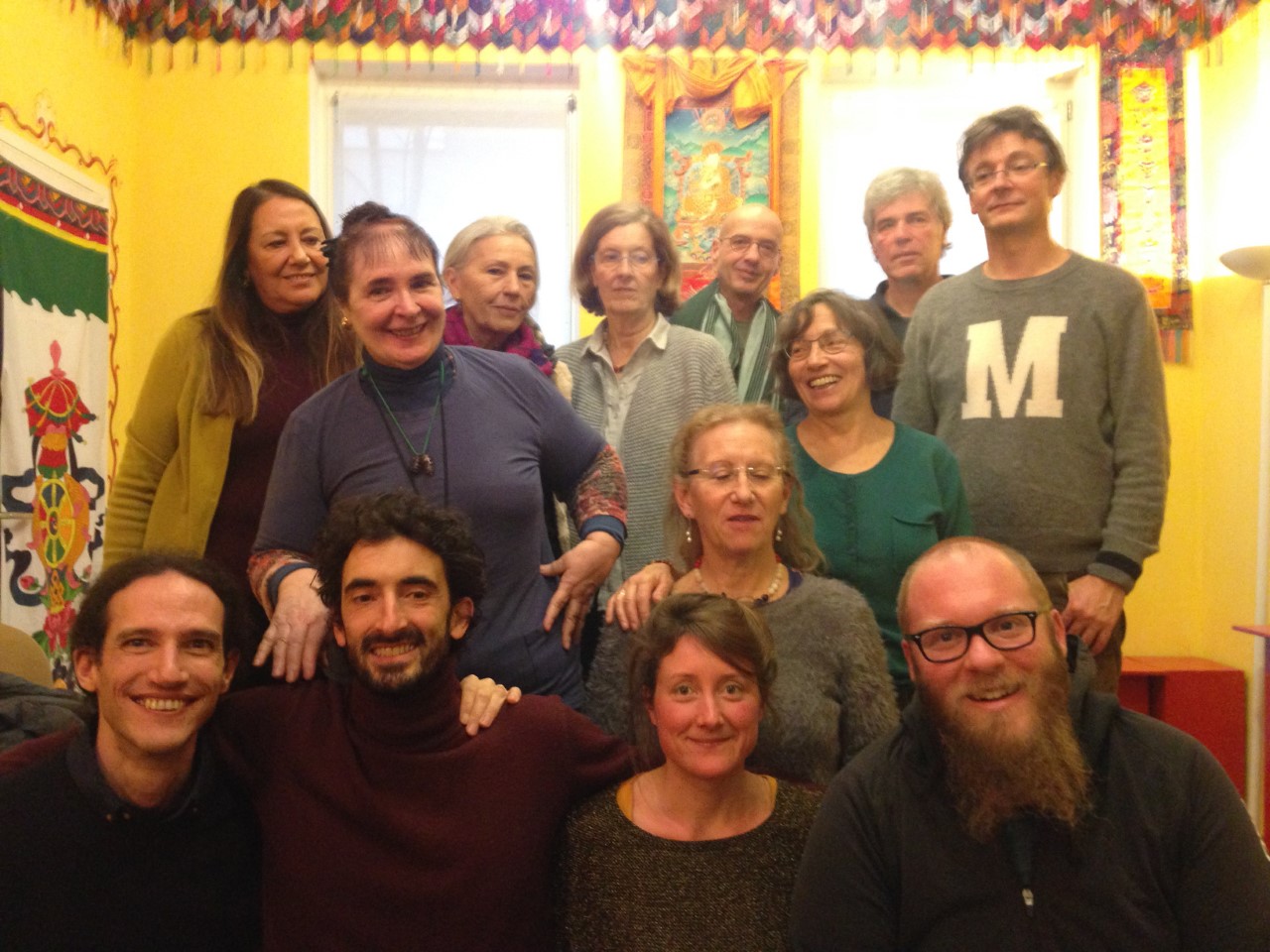 Nicolas is also a 1st level instructor of Yantra Yoga; Manon has already held the position of blue Gakyil for about three years in Dejamling in the south of France and thus has a rich experience; Johann has participated in the French translation of the book on Yantra Yoga and is currently translating with two other people a book by Michael Katz on dream yoga.

They succeed Jasna Adler, Jocelyne Carasso and Nicole Morineau, respectively in yellow, red and blue Gakyil. We warmly thank them for their extraordinary work and their sincere dedication to our Ling!

We wish the new Gakyil all the best and a beautiful harmony in our Ling!