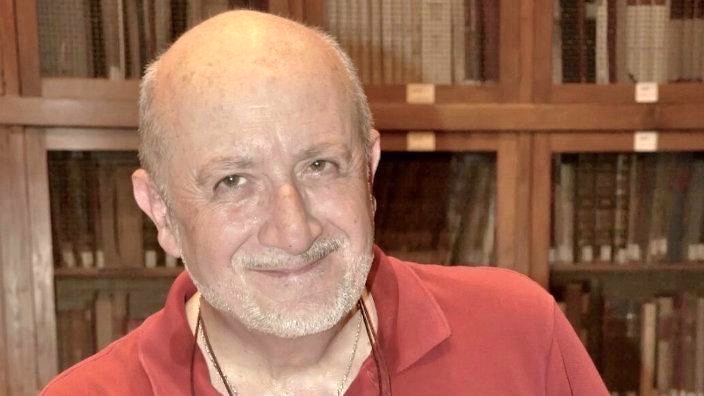 For a couple of years I have been participating in an interreligious meeting group called “The Spirit of Assisi”, for Namdeling, the Ling of Naples, Italy. The meetings take place every month in one of the locations of the different groups (Namdeling also hosted one) and are held on a specific theme.

One of the last meetings was on “Pluralism and religious identity: the path of fraternal dialogue”. Due to the number of speakers representing the various religious groups, the time for speeches was necessarily short.

This is the text of my talk.

There is a question that disturbs many consciences: why, if all religions agree on the importance of universal love and respect for life, have they then made themselves, and sometimes still are, responsible for so much bloodshed?

We cannot blame this on any god, because the massacres done in their name were thought, decided and carried out only by men.

We know that men need ideals to aggregate in large groups: a tribe, a political party, a country, a religion… this multiplies their strength. But behind the identification in a mass mobilized by an idea, there is basically the strengthening of an Ego. Alone, in fact, my power is limited, but if I can declare that I represent not only myself but my tribe, my party, my homeland and even more the divine will, then I feel that my power and my right multiply until they become absolute.

So the real responsibility for everything that distances and betrays that ideal of brotherhood, which is also taught by the founders of the great religions, can be attributed only to our Ego. If it wasn’t for that, who on earth doesn’t tolerate any other truth besides his own, why should I despise and fight those who don’t think like me? We could coexist each with his own creed, with his rites, with his way towards the pursuit of happiness to which every living being aspires. We may even meet, exchange ideas and with them enrich our life and understanding of the world.

In some moments in history this has already happened and fortunately it is still happening. Spiritual leaders such as the Dalai Lama, the current Pope Francis and various exponents of other faiths and currents, not without disagreements on the part of fundamentalist groups, are working in this direction.

As for Buddhism, it certainly cannot be considered a single doctrinal corpus because during the first thousand years of its history it was divided into three great Ways of Liberation, which address the three main aspects of the human being: the body, energy and the mind. The Sutra is based on virtuous behavior, therefore it addresses the actions of the body; the Tantra, or Vajrayana, acts mainly on the transformation of passions into wisdom through the mastery of the energy level, and Dzogchen leads directly to the recognition of the deep nature of the mind.

All these ways are recognized as valid, because they start from the principle of the “Four Noble Truths” taught by the Buddha and are vehicles that can lead to the awakening of the luminous nature of our mind, but each with different methods and times, so in history they have not produced great conflicts.

Another common factor of all these teachings is the understanding of the concept of “emptiness” (Sanskrit Shunyata) and of the interdependent bond that connects beings, because it is from this recognition, not just conceptual, that true compassion can arise.

People actually differ from each other in intellectual characteristics and abilities, so it is obvious and appropriate that there may be different ways to reach the common goal of overcoming suffering and discovering their own nature, so that everyone can freely choose the vehicle they feel more suitable for them, follow it or change it.

Dzogchen teaching in particular is focused on the development of awareness and mindfulness in every act of daily life, overcoming the limits of the Ego. This, in fact, represents the fixation of the infantile need to feel perfect and to possess the only truth; it prevents us from seeing the reasons of the other, from recognizing the common condition of all sentient beings and distances us from the path to knowledge.

If we confronted each other on the theoretical aspects, it would be impossible to find an agreement between us: only by meeting in the shared vision of compassion, agape, caritas or whatever we wish to call it, will we be able to know each other, understand each other and overcome the obstacles that a rigid doctrinal identity inevitably poses.

On this path of evolution we believe it is really important to find others with whom to walk.