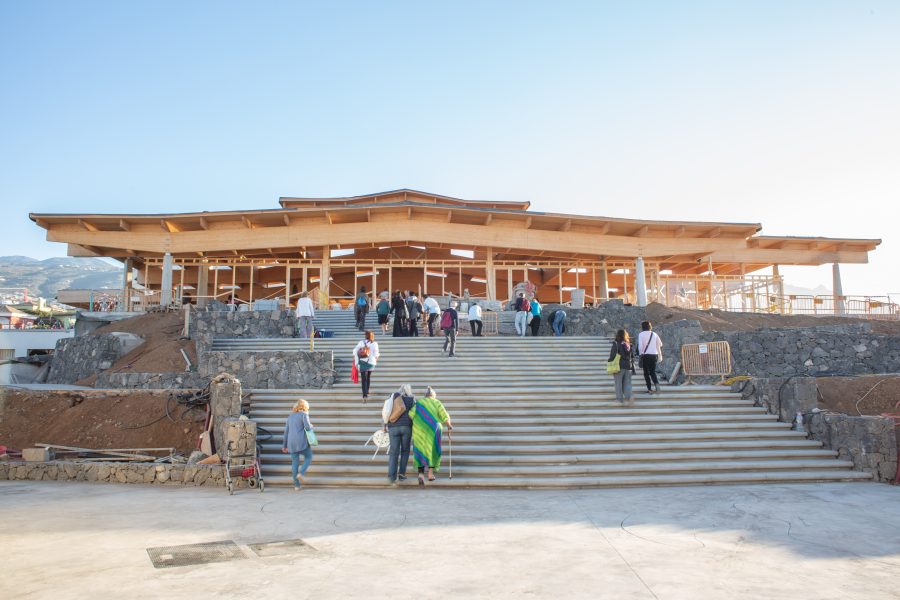 On December 8, 2018, on the occasion of Chögyal Namkhai Norbu’s anniversary, more than 500 practitioners from the international Dzogchen Community around the world gathered together to do the first practice in the long awaited Gönpa/Conference Hall at the Global Gar in Tenerife. The new building still requires a little time and some finishing touches until it can be inaugurated and used ‘officially’ but due to the significance of the occasion, Rinpoche’s birthday, the red tape was overlooked for a couple of hours so that those present could remember and honor the Master in the building that he had worked so hard to complete.

For many years now, this particular day has been celebrated by doing the Mandarava Long Life practice led by Chögyal Namkhai Norbu. This year Rinpoche’s main translator and senior student, Adriano Clemente, led a Green Tara practice in order to recall the presence of Rinpoche. Before starting, Adriano spoke about the significance of the day and the importance of the Green Tara practice. 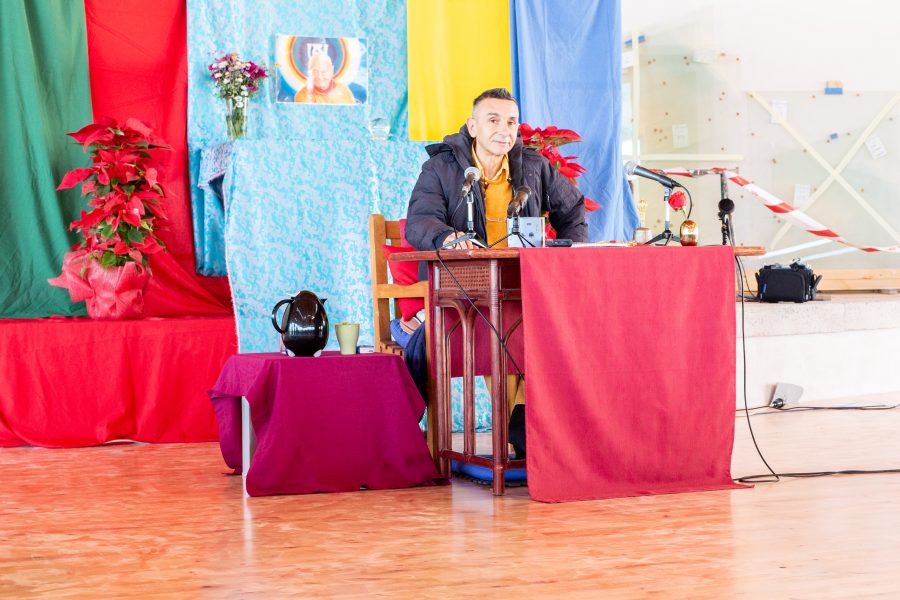 “Good day to everybody and welcome to this beautiful new Gönpa that we have here. Everybody knows that this is a very important day, first of all because it is the first time that we are doing collective practice in this new Gönpa that we have been waiting for so many years and which Rinpoche put so much effort into. You know how many hours a day he spent preparing these Evolution Creations necklaces to find the money to build this Gönpa. So it is something very special that we have here and that Rinpoche left for all of us and for future generations.

And today is also Rinpoche’s birthday, his anniversary, and usually over the last 10 or 15 years what we always used to do is the Mandarava Long Life practice.  That is what Rinpoche started to do with all of us for his long life and also for the benefit of the teachings and all practitioners. This time, however, I thought that maybe instead of doing this Mandarava long life practice, which is, of course, very important, but for remembering Rinpoche’s presence it would be good to do a Green Tara practice. 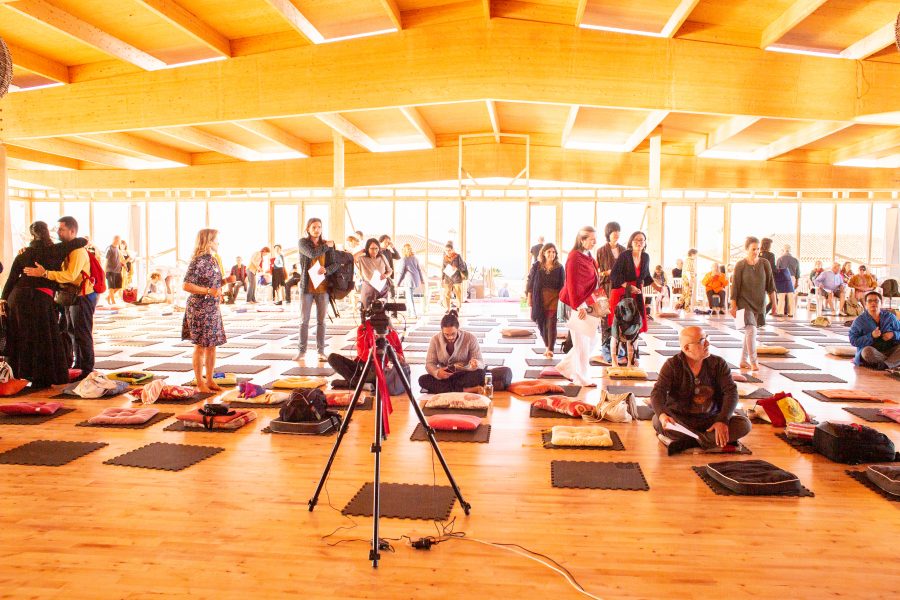 The reason is, and you probably know from Rinpoche’s biography, that he was born through the grace of Tara. Rinpoche’s parents didn’t have a son so Rinpoche’s father went to the great Dzogchen master Adzom Drugpa. Adzom Drugpa gave him some advice to do Green Tara practice and so Rinpoche’s parents invited a practitioner, a lama, to the family’s house where he did Tara practice for one month, with the 21 Invocations etc. Then after a year or so this lama had a dream in which he saw a yellow flower blooming and then he understood that a male was going to be born there. When their son was born, the parents were so overjoyed that they considered him to be a gift from the sky and they called him ‘Namkhai Norbu’ which means ‘Jewel or Gift from the Sky’. So it is important that we know that. Then once, I remember very well, Rinpoche told me, “I was born with Tara and I will die with Tara”.

In 1986 Rinpoche was still working at the university and living in Formia so he wasn’t spending all his time at Merigar. But then he came to Merigar the day before his birthday and brought us a text of Green Tara and said, “Now this time we’ll do this.” It was Green Tara practice more or less as we do it now but what was different was that he included what we call the Bodhicitta commitment. Bodhicitta commitment means that we don’t need to take a vow from some lama or outer object, but we take the commitment with ourselves, internally, in the presence of the guru, deva, dakini, buddhas and bodhisattvas. In order to do that there are some verses that we use, mostly from this Bodhisattvacaryavatara, the text from Shantideva. That day Rinpoche brought this text and from the text that Rinpoche brought that day I have copied and integrated it into this new booklet we have prepared now.” 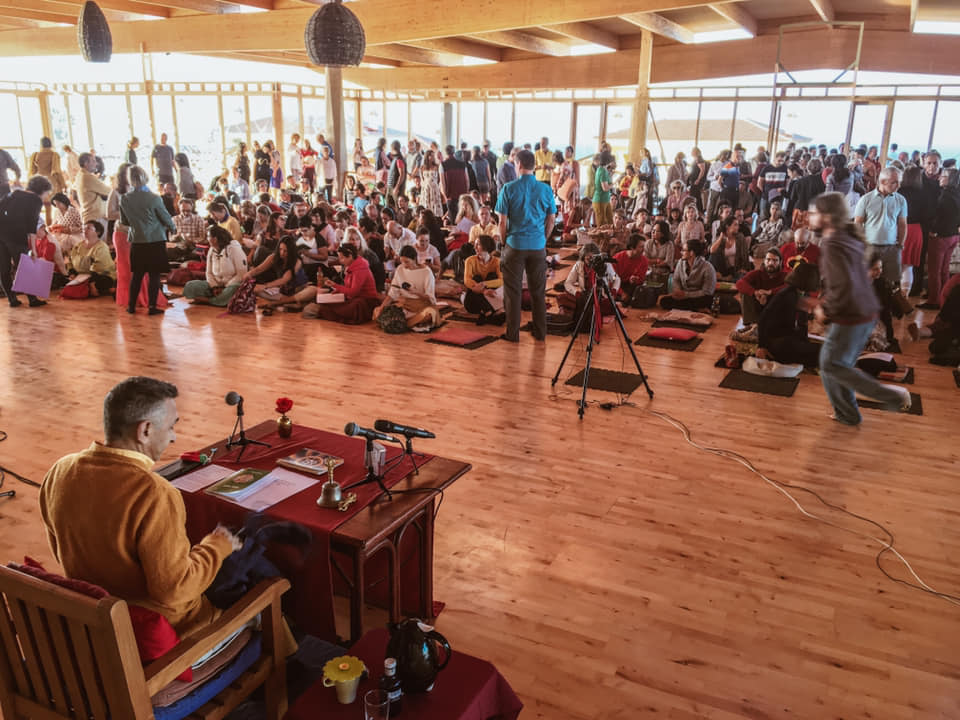