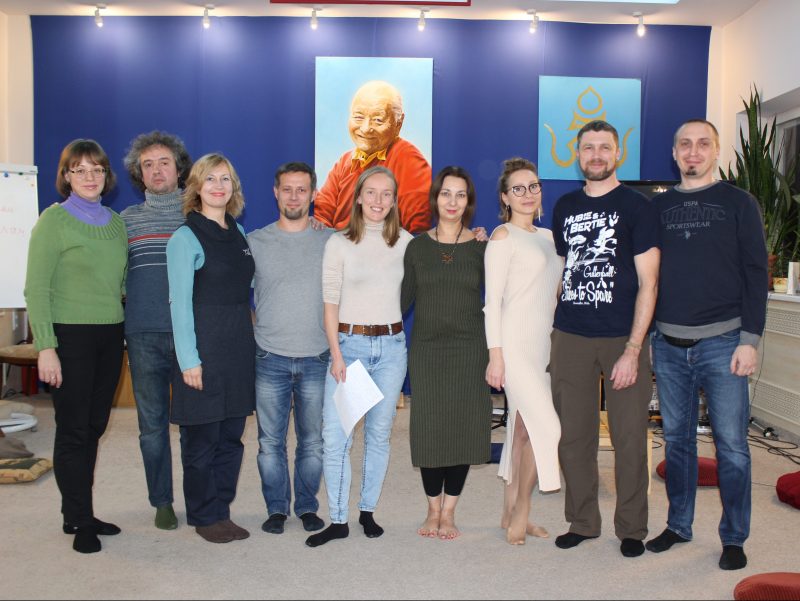 At Rinchenling, Moscow, on November 4th 2017, a meeting started with a warm atmosphere of tea drinking. At this meeting new candidates for the 2017-2018 Gakyil were presented. Each of the candidates had different and useful talents, however, only nine people were required for the Gakyil. As a result, the new members are the following:

Chögyal Namkhai Norbu has approved a new Gakyil. Its work started with preparations for the Worldwide Transmission on the anniversary of Adzom Drugpa on November 13.