On July 12, 2016, a new space called the ‘Room of Silence’ was inaugurated in Siena at the Santa Maria alle Scotte General Hospital. 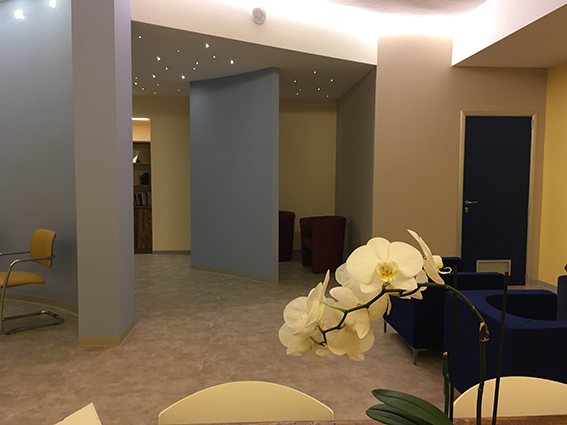 The space is to be used by relatives of patients, or patients themselves, who belong to professions of faith other than Catholic. The room is situated right next to the Chapel and was planned by both the hospital management and by representatives of different religions, including the Dzogchen Community.

The space is deliberately plain and devoid of any ornamentation that characterizes a certain cult. The walls are warm pastel colors, the lighting is soft, and the space is divided by rounded walls that do not define or close it. In this way several sitting areas are created with sofas, wicker chairs, and cushions, offering everyone the chance to sit and meet in meditation or prayer. 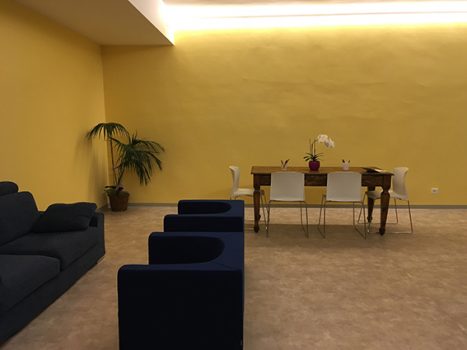 The Room of Silence was inaugurated in the presence of the Mayor and the Commissioner of Siena as well as the hospital’s management team. Various representatives of all the religions greeted and thanked them, including a representative of the International Dzogchen Community in Arcidosso who brought the greetings of our President, Chögyal Namkhai Norbu.