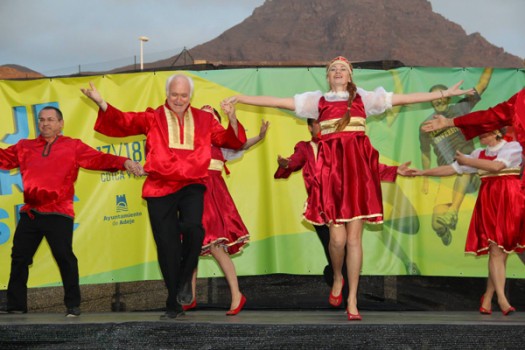 On April 17-18 The Council of Culture, Sports and Youth presented the “Adeje Sport Music Festival”, an event for athletes, students and their families. Of necessity the Council’s original idea of a weeklong event of dance and music was adapted to become the two day Adeje Sport Music Festival. So, it was indeed an honor for our community to be selected as part of the event.

Friday evening’s music show called “The Spring Concert’ was the main attraction. During the two days classes were offered in Tai Chi Chuan, Yoga, Zumba, spinning, and games, along with a psychomotricity workshop.

The families participated in a competition with sports and culture as
themes. To close the event, local communities had been invited to present
their traditional dances: the Hindu and Romanian communities as well as
the Tenerife Tigers cheerleaders and students of Adeje’ School of Dance.  Of Dzamling Gar, the Council requested traditional Russian dances and so, our group performed two dances.

In keeping with Russian tradition, the host, the Major, was presented with an elegant shawl. 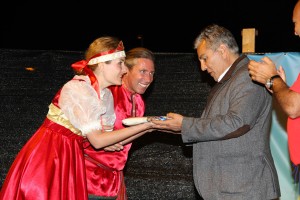