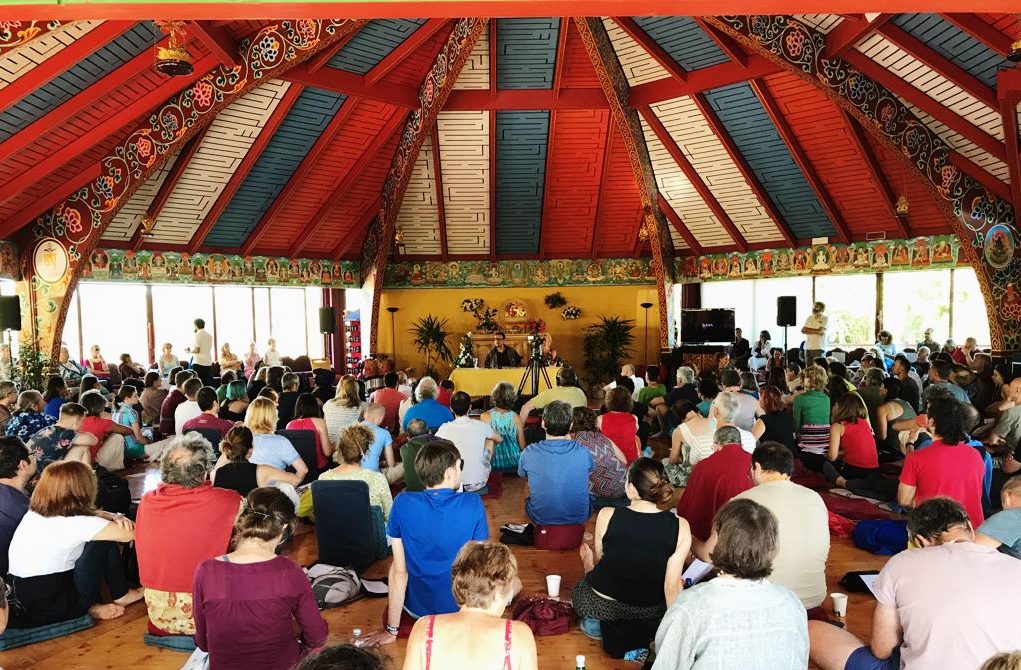 For the first time, the annual summer retreat at Merigar West in Tuscany, Italy was led by some of the main instructors of the Dzogchen Community, rather than our Teacher. At the last minute, Chögyal Namkhai Norbu was unable to attend the retreat, which took place from June 30 to July 4, 2017, and the program was adjusted so that sessions were guided by some of Rinpoche’s senior students.

More than 650 people from across the globe were present in the Temple of the Great Contemplation for the retreat, many of who were coming to the teaching for the first time. There were also more than 500 webcast connections.

Although initially there was some sadness that Chögyal Namkhai Norbu was unable to teach at the retreat, as the days passed, this feeling was generally replaced by one of joy and satisfaction as the many and varied events unfolded. And indeed, there was food for thought for both newcomers and those who have been following teaching for some time, with a very rich program each day.

Most of the morning sessions presented basic tenets of the Buddhist teaching, with Fabio Risolo’s explanation of the mind trainings, and Costantino Albini’s talk on the practice of the four applications of presence, and then on presence and compassion. There were also sessions of detailed explanations of practices that many of Rinpoche’s students have already received, such as Adriano Clemente’s morning talk on how to sing the Ganapuja which included some musical pointers. During the afternoon sessions, the in-depth explanations continued with Nina Robinson on the Mandarava practice, Fabio Andrico on kumbhaka and sogthig followed by Mandarava practice, Laura Evangelisti’s introduction to Yantra Yoga, Igor Legati on the Ganapuja, and Igor Berkhin on Purification of the Six Lokas. 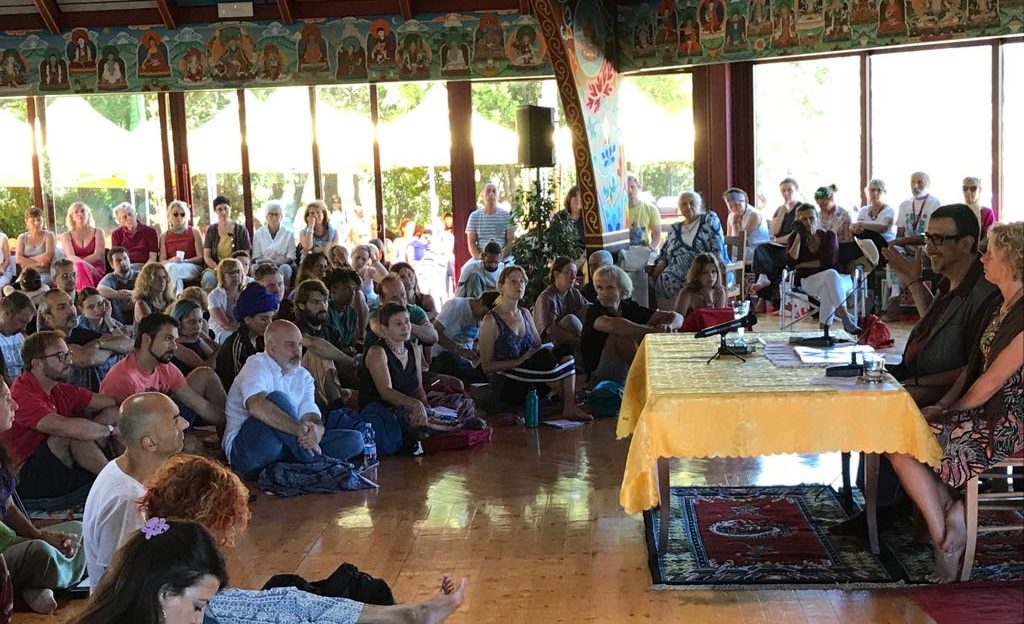 Outside these more formal morning and afternoon sessions of explanations and practice there was a full program of practice activities starting early in the morning with sessions of Yantra Yoga and Vajra Dance, and later in the afternoon with Khaita Joyful Dances and Vajra Dance. And, as usual, during the summer at Merigar, moments to socialize and enjoy were not lacking with the opening of the “Lhasa and Beyond” photographic exhibition at the Museum of Asian Art and Culture in Arcidosso, a fundraising cocktail reception at the Yellow House, and a Khaita Tea Party!

This five-day retreat was a first time experience for the organizers at Merigar West and for those attending and, in all, turned out to be an unexpectedly joyful and harmonious event. It was an opportunity for Namkhai Norbu’s senior students to present his teaching in its many aspects to old and new students and for the Community to come, practice, and enjoy together.

The three cornerstones of Buddhism are called the Three Jewels, that is, the Buddha or Enlightened One, the Dharma or Teaching of the Buddha, and the Sangha or the community following the teaching. Firstly our profound thanks go to the First Jewel, our Teacher, for his untiring commitment to giving teaching, then to our Sangha, or Third Jewel, for sharing their understanding of the teaching and helping to create a very successful Sangha Retreat at the Gar.