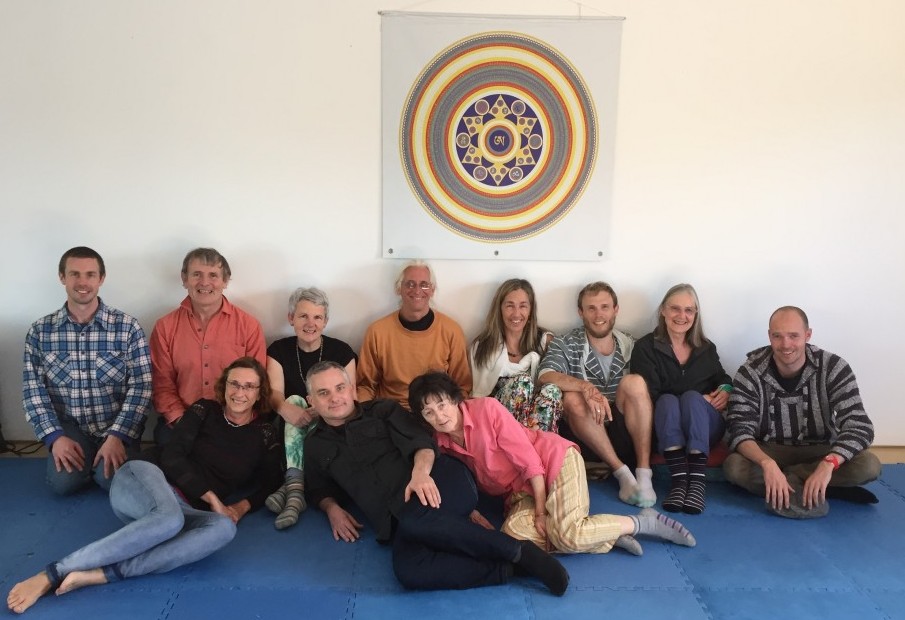 In the pristine environment of the Glasshouse Mountains, twelve participants gathered to focus on
Prajnaparamita and its related practices.
During the webcast of teachings from Merigar East on The Mirror of Vajrasattva, Rinpoche emphasized making a real effort to apply the understanding that life is like a big dream. The following morning, we reflected on the eight signs of illusoriness. The craggy shapes and pinnacles of the mountains provided a constant reminder of an optical illusion or a magic show.
Over the weekend, we examined two main practices –  the Absence of an Independent Entity in the Person and the Absence of an Independent Entity in Phenomena and its four applications of presence – observing the body, sensations, mind and phenomena.
Both days were skillfully divided into periods of sitting and then movement with Khaita or walking silently outside. Altogether it was a wonderfully beneficial experience of collaboration, peaceful calm and insight.