Silvia with Birds and Couds

If I tell my story from the present time, I sometimes wonder if I am a musician or a sound artist. I feel more like a sculptor that shapes sound molding time in space. It makes sense, my last name Nakkach means artisan, and if I separate the N-from the akkach, it sounds like akash, meaning ‘clear space’, ‘sky’ in Indian Cosmology.

Since I was seven years old, I’ve written music as a poet, chasing metaphors in search of the shifting microtonality between one note and the space which allows for that note to meet another note…and hopefully, a listener. As a vocalist, I prefer not to dwell in front or in the center of the music, but rather be present as a nomadic listener, wandering through landscapes of abstract sound. In music, space is a temptation. The tendency is to occupy it. I believe the function of music is to quiet the mind to make it sensitive to divine intervention, and as a composer I admire the Japanese minimalistic aesthetics of, “don’t bother me colors”. Less is more powerful because has more space.

Music has always been my private sanctuary – never confined to one culture or form, but instead making me a world traveler from an early age in search of the unheard sound. I treat the music itself as a traveler. The idea of staying in one genre is yet another temptation, but in each of my albums, I explore new territories. My agreement with music has never changed: by making music, I grow divine, and in exchange, I experience the transcendent and invite others to share the journey: Who is Singing? My voice enters in a trance-like state similar to guruyoga in which the singer feels she is being sung, a state both detached and warmly devotional. I used to call it the healing voice. The album that better describes this experience is entitled AH, release in 1998. 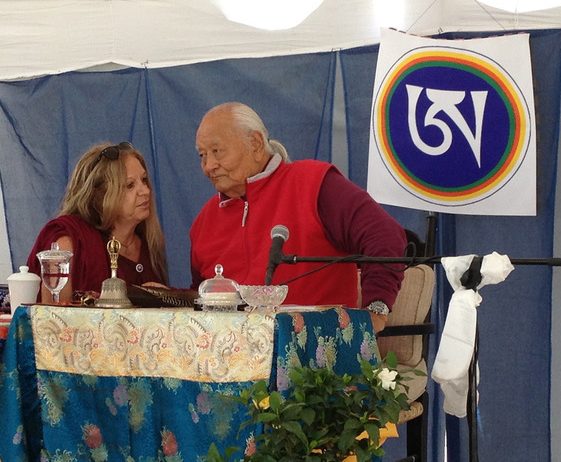 I grew up in a multi-cultural family, mostly French and Lebanese, with a twist of Italian humor.
I was born in South America, my papa was a giver and a true Sufi, and my mama was a virtuoso couturier that collected royal-like hats. I didn’t spend too much time with them, but I was there to help them to die peacefully. I loved science and had a lab in the guest’s bathroom that later became my photography black-room. A huge grand piano was my home inside my home. All my sisters and brothers were much older than me. So, I became my own listening culture, playing guitar and Indian tablas while learning classical music. I wrote songs, operas, boleros, and later, electronic music, highly influenced by Punctualism, a style in the 20th-century composition which is based not on a linear sequence of notes but on their isolation from one another avoiding traditional melodic lines. I graduated from the music conservatory, became a composer, performer, and trained clinical psychotherapist in the midst of military coups and civil wars. I introduced music to my patients and became one of few music psychotherapists. My practice grew, informed by Freud, Lacan, Mahler, Oliver Messiaen, Gismonti, Joao Gilbert’s bossa-nova, and always indigenous poetry. 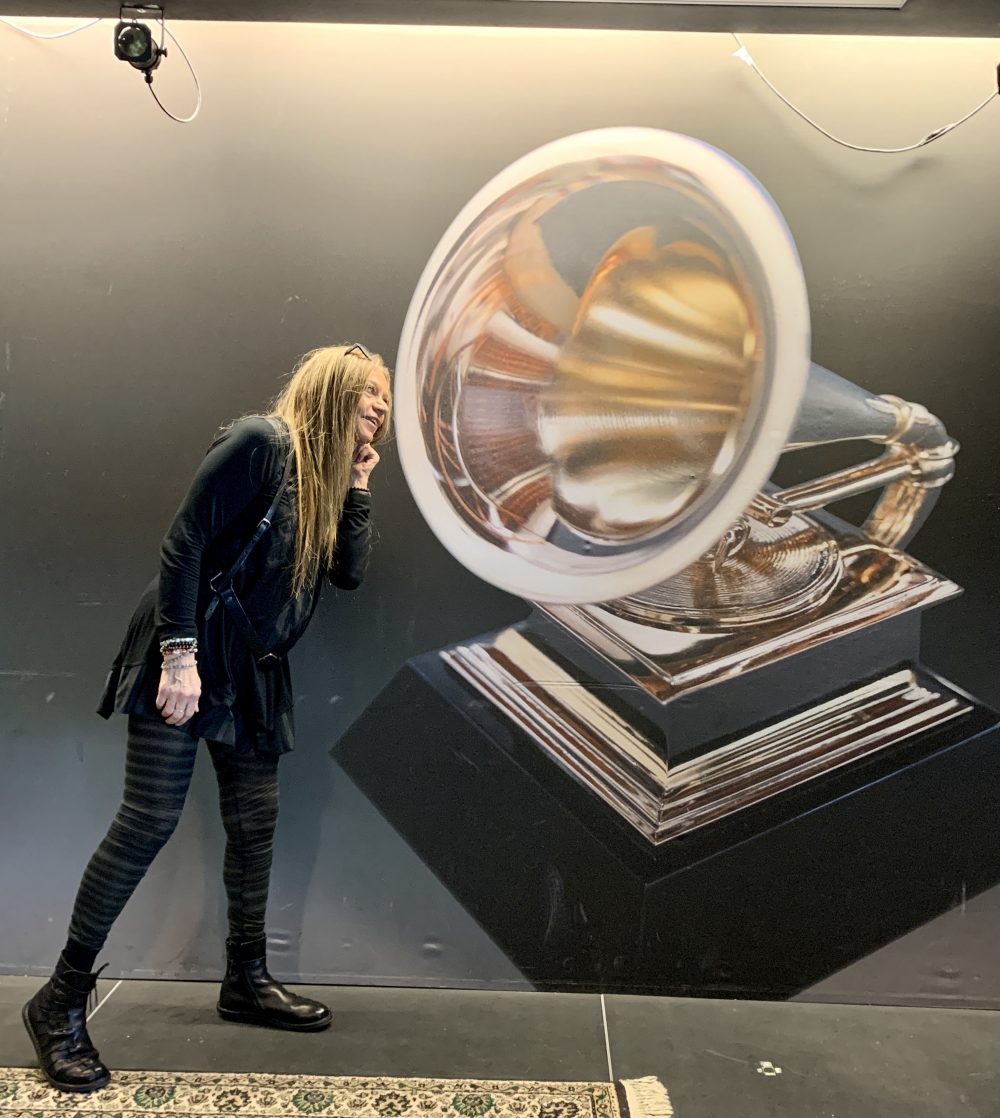 I never stopped traveling, studying, and working while traveling. As a teenager, I spent 9 months in India practicing Hatha Yoga and Indian music. I became a young yogini, and my music practice was deeply influenced by the revelatory science of Nada Yoga – the path of sound being one with the vibration of consciousness, and consciousness becoming a virtuoso listener. In 1982, it was very dangerous for an avant-garde young artist like me with big hair to live in Argentina or Brazil. This was my call for a serious re-incarnation. I married my first husband and the next day we exiled to New York City and soon after to the Bay Area, in sunny California. I started working for and collaborating with the legendary maestro Claudio Naranjo, who mentored the integration of my music with psycho-spirituality and the dharma. In the same month, I magically run into Pauline Oliveros, who for the next 30 years mentored my capacity as a deep listener and composing as a meditation. Again, in the same month, I met my grand music guru, the late maestro Ali Akbar Khan, who became my Baba (music-father). It was then, when I surrendered to the irresistible mystery of the ragas of India, the Goddess Saraswati became my shakti family, the source, and path of my exceedingly Hindustani music life. 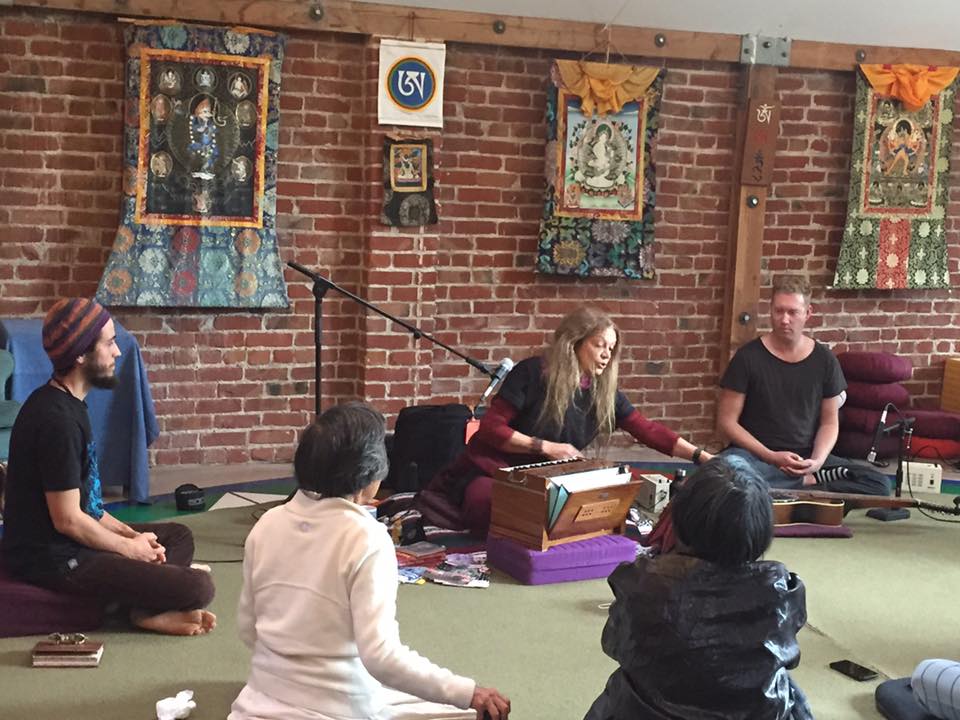 The Voice without Me
Immersed inside the life of the ragas, everything musical in me changed, and the medium of my imagination became The Voice. I diligently devoted my time to exploring the voice as a sound instrument in all its infinite potential to heal, express, and re-enchant this world beyond humans and beyond even music. I had to write books to share this yogic mindset on the Voice without The Singer.

Soon after, I founded the Vox Mundi School of the Voice devoted to education and the preservation of unusual vocal arts, from Mahler songs to the Peruvian Icaros. I designed my school signature program, the Yoga of the Voice – an evolving deep listening practice that has mentored hundreds of students everywhere across the world. The teachings focus on freeing the Voices of the Voice and nurturing artistic expression as a whole. I listen to the teacher in me saying all the time to my students pay attention to Sound: Let it Be! The point being to de-personalize their experience of singing, and to embody the voice as an energy that can be liberating and transformative. The Dzogchen experience became the ground of my creative imagination.
Demystifying the experience of singing, the Vox Mundi teachings aim to enhance the sensibility of the subtle through the nuances of the voice. Singing is inherently joyful (sukha), is a natural activity, and the music of the voice can be like flying – freeing us from prior conditioning, ego weight, karmic traces, or anything that tightens us. When we listen to ancient cultures of chant, the indigenous voices, mantras, or shamanic traditions—we begin to understand that what we refer as the voice is a fabric of breath and muscles that manifest through the etheric architecture of prana, moving freely through the body and into expressions of inspired sound…tone magic…melody…maybe music.
Recently, by the grace of continuity of presence and my vow to the guru–shishya parampara tradition (guru-disciple bond), the Voice was revealed to me as the Mirror. I realized that the voice is a metaphor, and like the mind, we don’t see it. Then we project thoughts and emotions upon it that the voice reflects and expresses. I have been writing about the Voice and the Mirror and mentoring my students to approach their voices with the open clarity of a mirror that reflects but is always empty and free of judgments, with the capacity to transform emotions in devotion. In this way, singing can be experienced as prayer, or as abstract art: non-conceptual, impersonal, and like mantra, can be activated. 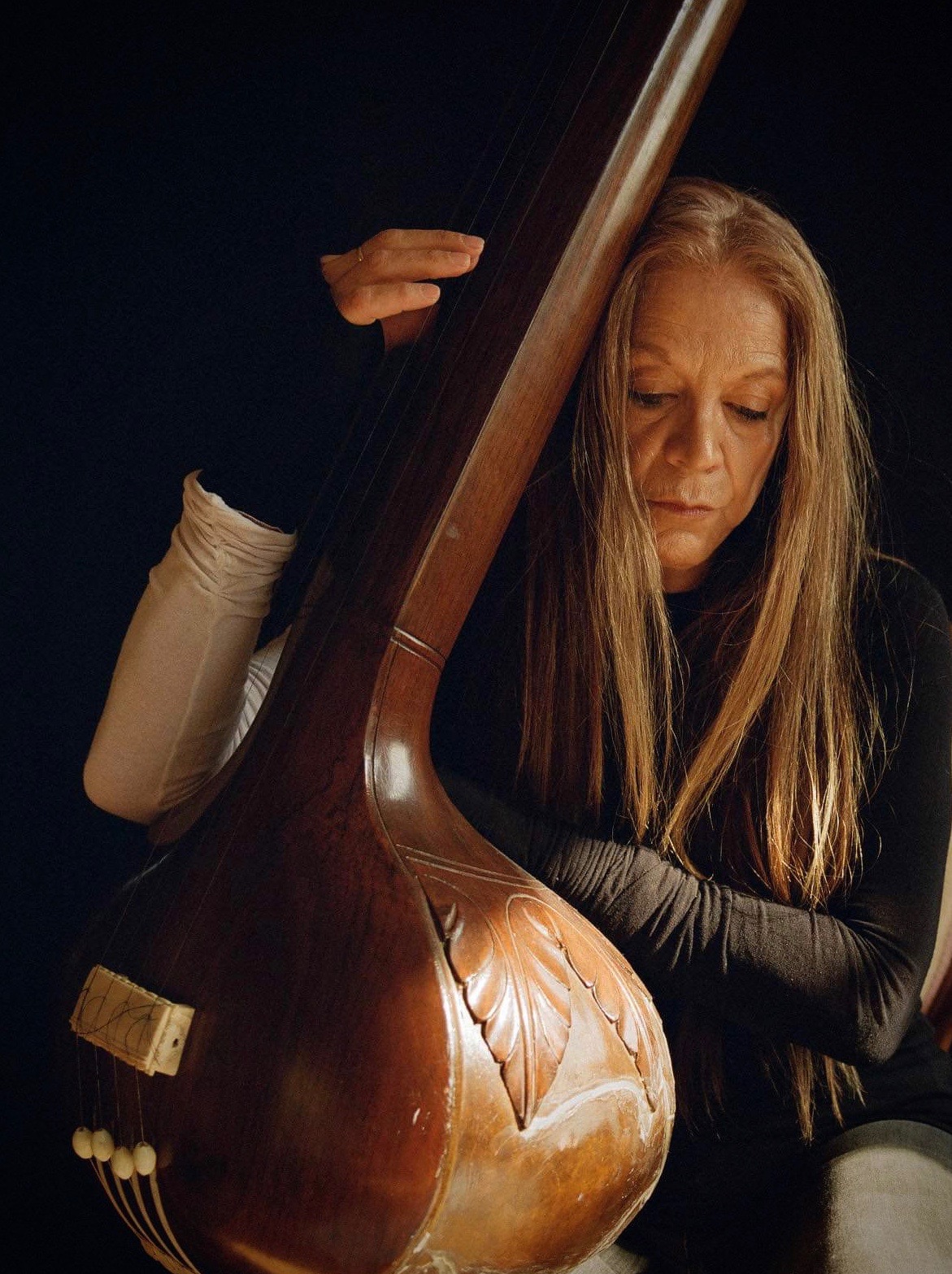 Integration
In 1986, I met Chagdud Tulku Rinpoche and spent many summers and winters in retreat with him. I invited him to teach in Brazil, and in the Brazilian mountains Rinpoche found the fertile land he was longing for. He lived there till his last breath. The last time I saw him he told me to share the dharma through my music. And it was when I met Chögyal Namkhai Norbu in 1992, that it all came together for me. His Italian warmth and musicality, the immediate sangha friends, traveling together around the planet, dancing the vajra dance under the full moon, visionary cloud gazing while floating in the ocean, the fearless mantra transmissions, fantastic Ganapujas, Rinpoche deep melodious voice. These illuminating frequencies have permeated all aspects of my life and work, and Guruyoga became the state of mind that has saved me from errors of all kinds.

Meeting Chögyal Namkhai Norbu strengthened my conviction, my capacity to integrate, and consolidated my life as a nomadic sound yogini who always works while traveling. Amazingly, I was in the presence of Rinpoche while in my honey-moon in Merigar, when my father passed away, when my two brothers died tragically, and when my divine cellist husband suddenly stopped breathing without saying goodbye. Rinpoche was like a rock and said, “it’s samsara”.

It was when my husband died that my refuge in the dharma, the sangha, and the sound as the practice fired up. I start traveling even more extensively and became like an obsessional artist in search of the perfect laya – the duration of the silence in between notes, beyond tempo, a s-pace where sound pauses, like a phantom breath. Since then, I am diving into the epic beauty of Dhrupad chanting, the most sophisticated vocal art form I’ve ever tried to master, under the gentle direction of my new Guru’ji, Pandit Uday Bhawalkar.

By remembering the devotional nature of music, we open our hearts to the deep longing of the chant and become familiar with “the enchanters,” those who journey through the magic of the sound to attract the spirit power.

In Between a Cloud and a Sound
Being on university faculty and holding other academic positions has allowed me to keep my musician-self separated from the basic “income” system. Thus, I can flip the script and create music as a Saraswati offering. In 2015, when they called to announce my Grammy’s nomination – without me even sending the album, I rejoiced, I cried, I screamed, and I relax! It was such a huge highlight in a time of deep personal reconstruction. Someone that I don’t know is listening! So.. I keep going and never, never give up! My Indian given name is Saraswati Devi, ‘she who flows’. I have hopes to dedicate time and resources to help children from Central America, Tibet, and Syria in need for freedom and to be reunited with their families.

Reinforced by Rinpoche teachings, listening to the birds and clouds gazing are practices that remain the source of my creative imagination and the secret sound. The fascination I have with the melodiousness in the movement of the clouds, rainbows, moonlights, and the shifting sound of the ocean, soothes my mind like a preliminary practice to whatever might come after. If the answer to Who is Singing? is that I am indeed a musician – then I will continue the journey being open and curious like a child, resting like a dakini, and enjoying Rinpoche’s mantra: First Feel Free.

For a taste of Silvia’s music:

From: Invocation, CD (2003)
About the Artist
Silvia Nakkach, M.A.,MMT, is Grammy’s nominated award-winning composer, sound artist, former psychologist, and author. She is recognized internationally as pioneering the field of sound in consciouness and cross-cultural music therapies. She has released many CD-Albums and among other publications, her book Free Your Voice, was published by Sound True (2012). She resides in Berkeley, California.