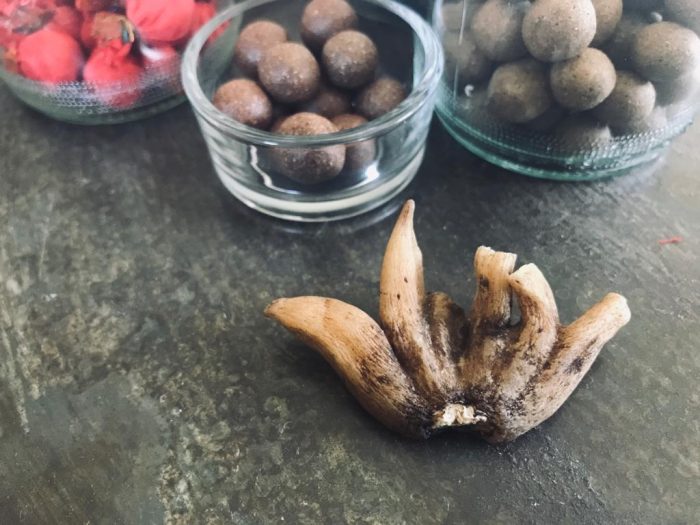 In the picture, the root of the Dactylorhiza hatagirea orchid, a common ingredient in many chülen recipes. Dactylos – finger, rhiza – root. The root nodules are finger like.
The plant is credited with divine origins, legend goes that in previous times, the gods and the asuras (mystical semi-divine creatures) had a dispute and the chief of the asuras shot an arrow into the hand of a god. The spilt blood spread forth in a hand-like shape on the soil’s surface from which the plant was born. Thus came about the name dbang lag [dbang means power and lag means hand in Tibetan]. The (Dactylorhiza hatagirea) plant is said to increase strength and lifespan.