The Estonian Dzogchen Community Thadralling is happy to announce the building of a Stupa of Complete Victory in Estonia! 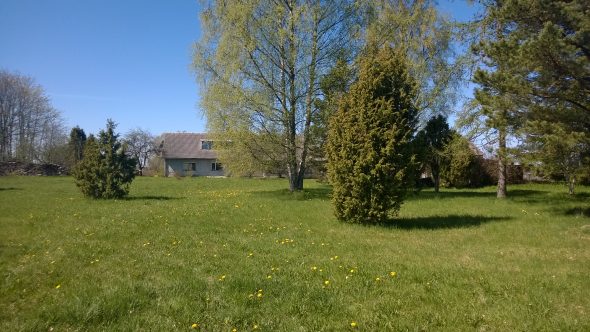 The location for the Stupa is on the land of members of the Estonian Dzogchen Community, 34 km east of Tallinn, in a quiet and beautiful village called Kaberla, which is full of junipers. This place was recognized as special 10-15 years ago when Venerable Nyichang Khentrul Rinpoche, a Nyingma master, taught Longchen Nyingthig Ngöndro several times there. Rinpoche liked the place so much that he said it would be great to build a gönpa in the field. Near the farm house there is birch tree with 3 trunks growing from a single base. It was Rinpoche’s favourite and he called it the “Buddha-Dharma-Sangha tree” and gave Dharma teaching sitting under it. Our future stupa will be right behind this tree and our precious teacher Chögyal Namkhai Norbu has approved this place. 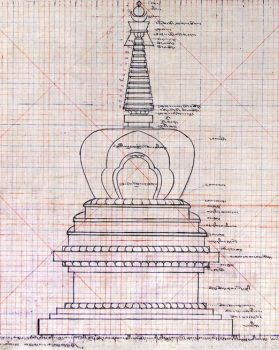 The idea of building a stupa in Estonia first arose in the summer of 2014 after the Dorje Sempa Namkhache retreat at Kunsangar North, probably as a blessing of the marvelous local Namgyal Chorten. When our precious teacher was asked which kind of stupa would be better to build he suggested the Namgyal Chorten (Stupa of Complete Victory). The place of the future stupa was found pretty soon when a vajra brother and sister offered their field in Kaberla. The location of the future stupa was clearly established only in the summer of 2016 – not in the field, but near the farm house.

There are five stupas in Estonia already all built by Venerable Geshe Vaartnou who studied Buddhist architecture in Ivolga monastery and carried out necessary rituals. So, our stupa will be the 6th.

The Stupa of Complete Victory commemorates Buddha’s victory over an epidemic in Vaishali and was successful in prolonging his life by three months at the request of his students. This stupa suppresses epidemics, diseases, negative mental states, and prolongs life. Stupas in general eliminate all negativities in the world, are auspicious for the land where they are built and for all the Universe. They create a connection with the Dharma for all sentient beings who have contact with them.

We believe that building of the stupa will help to make a 15 year old dream come true – to turn the farm house into the Dzogchen Community retreat center! 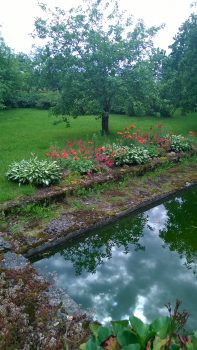