The Mirror: Marisa, you have been involved with Tashigar South since its beginning, so we would like to ask you about the current situation there and any plans for the future.

Marisa Alonso: Yes, well Rinpoche had not been to Tashigar South since 2015 so a lot of time passed. So then we had to figure out how to survive without his retreats. Then we had the idea to rent the place, some of the houses, including the Gönpa, and we asked Rinpoche and he agreed to do that. So we began to do that with other yoga schools and other meditation groups, other disciplines also like Tai C’hi and Chi Gung, and all of that worked very well.

We do not have many members. Last year in 2018 we only had 146 members. That was 30% less than the previous year, so this year the Gakyil decided to reduce the cost of the local memberships to try and keep as many members as possible because many people say they cannot afford to pay.

The situation in Argentina is not very good at all, so we are going with this because the memberships do not allow the Gar to survive. But with these other activities we are doing well. Also we had some cancellations of the programs from outside last year, but even so we are doing well.

At first after the departure of the Teacher there was a very sad feeling. But after that initial sadness, everyone felt very grateful. And the next phase was the feeling of responsibility for the Community. So now I think also all the practices done around that situation, really now you feel the Sangha is a jewel, very strongly, and this is very, very nice. 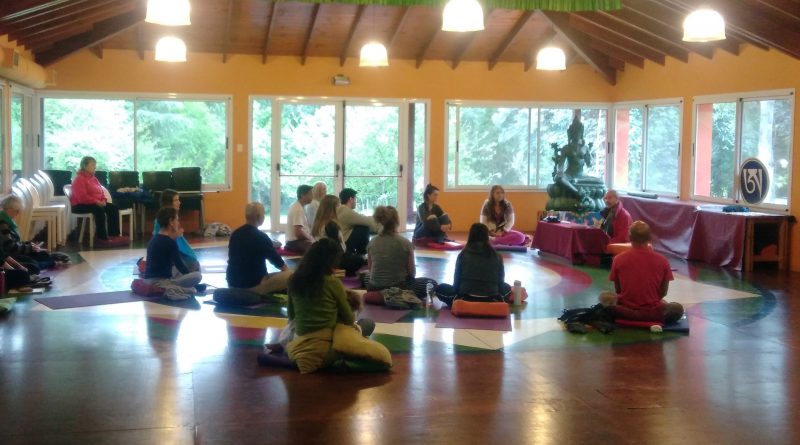 M: In Merigar West and Dzamling Gar there are more practice retreats. Is that also happening at Tashigar South?

MA: Yes we are doing a lot. A lot of retreats, and also activities for new people, and the issue of the new people is worrying us a little because we don’t know what to do, but we do what we can, we do the practices we know we can share, we do Yantra Yoga, we Vajra Dance, we do Khaita, and we hope somehow, some day, will manifest someone who will be able to give the transmission so that all the interested people can go deeper.

But in any case, we never said to anyone that they could not come. We always say to people, you come, you come…

MA: Yes because also from before we try to have once a month or once every two months, a weekend for new people at Tashigar in Cordoba. So we do some meditation, we do Khaita, we do Yantra Yoga, and a little of everything so they can have a taste of all. Some people are participating very enthusiastically who have not even met Rinpoche, who did not have the fortune to meet him, but they are very motivated. It is nice. 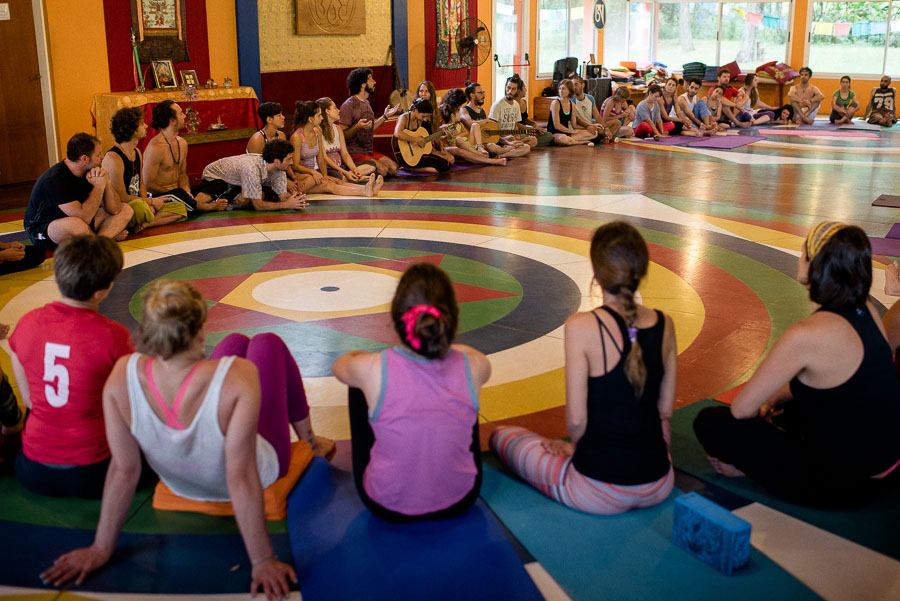 M: Do you have any special projects for this year?

MA: This year we are going on with renting the places, and Rosa authorized us to use the house they built for Yeshi and Yuchen, she authorized us to furnish it because it is not yet furnished, and also to use for these purposes and to rent it, also we are doing the same with the house of Ingrid Bertet who died – she left everything to Rinpoche and Rinpoche said we can also use her house in the same way so we are doing that. People are going there to do personal retreats, it’s very nice.

And then, we also have the fortune to have very, very good water. We have a well that our water “terton”, Eduardo Gomaches, who has a house in Tashigar South, he is a dowser and he found this water source and the first well is 108 meters deep, and the water is very pure and like a natural mineral water. Each year we do the test and the water is very perfect so we are thinking of the possibility that maybe in the future we can do something with this water to give Tashigar the possibility to have more income. This would be a dream and Rinpoche was also very happy with this idea. We don’t have the project really stable yet, we are just in the thinking phase. But it is a good possibility really. 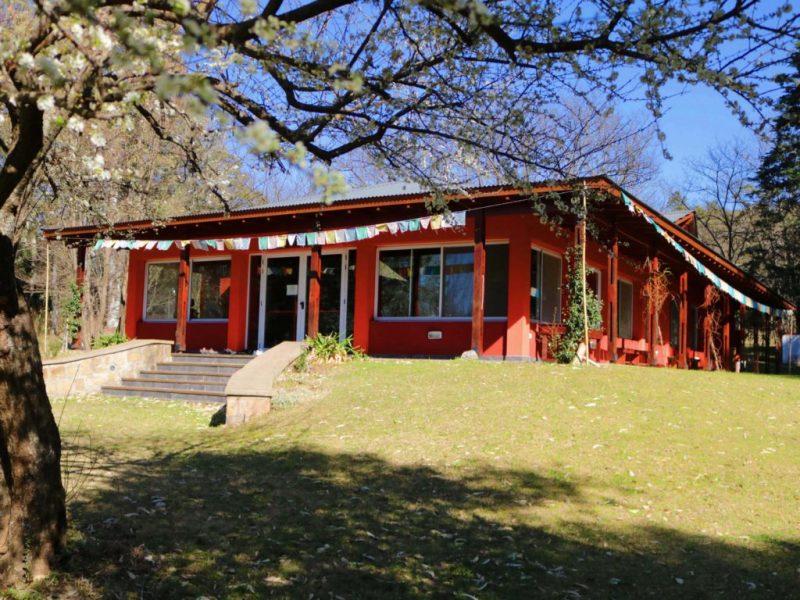 M: Can you talk a little about the unique quality of Tashigar South and how that lends itself to the different programs you can offer?

MA: Yes now we are learning how to market Tashigar. Before we were a little timid and careful, but now we have gained experience, so we can go more openly. We offer the place, the land, the houses, and some of the people who are not living there they offer their houses to be rented during these periods. We have a lot of houses in Tashigar, there are about 29 at this point, and there are not so many people living there full time, we have 50 hectares, so it is very big, so we have two big zones that are for the houses and in the middle the area is for the public, in this area there is a Gönpa, a dormitory, an office, a house for the gekö, another house for guests, a house for retreats, and the houses that are not in use we ask the permission of the owners to rent and normally they agree, maybe they take a little to help pay their expenses. 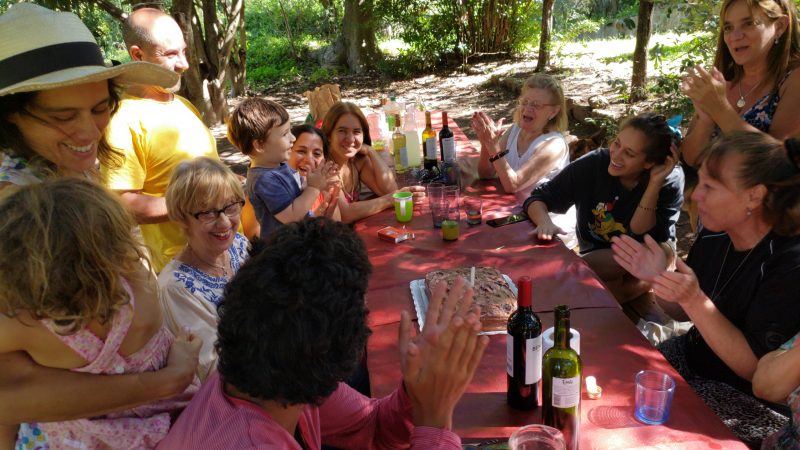 M: Can people do personal retreats there?

MA: Yes! We have now since three years a gekö and secretary and they are very nice and this year they will begin to make their own house, they have a piece of land. So they can take care of people on retreat. We are very happy.

M: In the past there were some activities in other parts of Argentina like Buenos Aires, etc. What is happening now?

MA: Buenos Aires did have a ling, a physical place, but now they are not able to sustain it. So now they are meeting in houses like before. In Cordoba there was never a ling, so they are going on, and also in Bariloche and Rosario they meet, but they don’t have a physical place. They come to Tashigar when they can, but it is far and now it is expensive. The retreats we just had in January we had a lot of people for us. 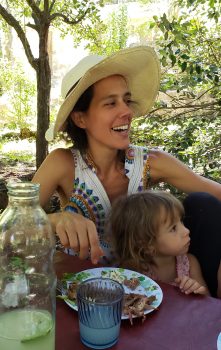 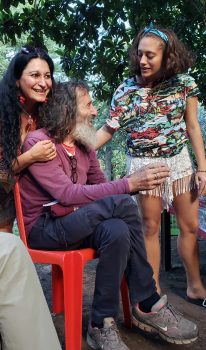 M: In the summer for some years now you have been doing open retreats. Can you say a little how those are organized?

MA: Yes usually we have several weeks and we offer one week of Yantra Yoga, one week of Vajra Dance, one week of meditation, etc., and always we mix a little. So maybe the main focus is Yantra, but we also do some meditation, for example. This past summer we did a Tara retreat and a lot of people came. These events are pretty successful. We always follow the webcasts and people come to the Gar and we follow together. There is a nice feeling of Community, more than ever. It seems to be happening everywhere. Also when I was in Merigar and here in Dzamling Gar. Now we can really feel the jewel of the Sangha. Before we were not so aware. And now we are learning how to go on without our Master. We are growing up.