The first time, the teacher Child of Supreme Unconceivable Vision appeared in a realm called Joyful Pagoda, surrounded by one thousand luminous Buddhas and two Bodhisattvas as a symbol that one thousand Buddhas and two Bodhisattvas would uplift this eon spiritually. It was this teacher who taught the All-Penetrating Sound Tantra, the root of all teachings, at the time when the lifespan of sentient beings was incalculable.

After Garab Dorje we know that all the Dzogchen tantras were handed down to Manjusrimitra and through a series of teachers they arrived in Tibet. The other day Chögyal Namkhai Norbu explained the particular lineage from which he received transmission of the Drathalgyur.

Although it is called the Drathalgyur, the name is not very easy to translate. ‘Dra’ means sound. Generally speaking ‘thalgyur’ means consequence. In fact some scholars who did studies on this tantra literally translated the title as the Consequence of Sound Tantra and, of course, we find other translations such as the Reverberating Sound Tantra. But for the time being we call it the All-Penetrating Sound Tantra. The reason we call it like that will eventually be explained when we are doing the translation, but basically speaking I think that it means that the whole spiritual teaching is the manifestation of the natural sound of reality. That is what the name seems to indicate because it also says that the Drathalgyur is the source of all teaching. So maybe we can generally understand the sound of reality as being the origin of all teaching.

The All-Penetrating Sound Tantra has 6 chapters and a total of 200 Tibetan folios. In the first chapter, which is the longest, various secret instructions that affect the liberation of the individual are presented. In the second chapter the essential points of these secret instructions are stated. The third chapter explains the direct manifestation of wisdom. The fourth chapter presents the true nature of reality. In the fifth chapter the view and meditation are taught. In the sixth chapter the final goal of the three or four kayas is taught. In the Drathalgyur, we also find various topics presented ranging from astrology, to tantric practices, and to the theory and application of Dzogchen.

The Drathalgyur is quite difficult and short or terse considering the amount of material it covers and we will do our best to translate it although I don’t know how much the translation of the root tantra will be intelligible. The difficulty of this text may be the reason why there have been so few studies of it. Therefore, we will be relying on the commentary to unfold the meaning of the root tantra.

Fortunately we have a commentary to the meaning of the All-Penetrating Sound Tantra, called Illuminating Lamp Rin po che snang byed sgron ma written by Vimalamitra. This commentary remained fairly unknown to the general public until it was recently found in two editions. One was in the private library of Kathog Situ, the nephew of Jamyang Khyentse Wangpo, at Kathog monastery in Derge. The other, a handwritten manuscript, in the library of the Fifth Dalai Lama in Drepung monastery consisting of 335 large folios of nine lines on each side. In this very extensive commentary, the above six chapters of the root text of the All-Penetrating Sound Tantra are unraveled in detail. 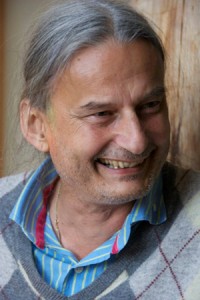 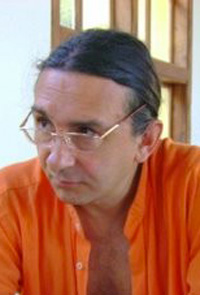 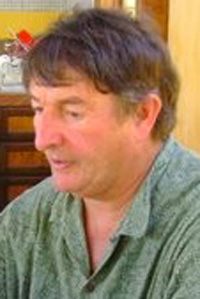 Generally the All-Penetrating Sound Tantra is rarely mentioned in Dharma studies, which shows that, perhaps due to difficulty in both its language and concepts, there is little understanding of this Tantra. The Vimalamitra commentary to the root tantra has also not been the object of specific studies.

Chögyal Namkhai Norbu alone has dedicated several years of effort to editing Vimalamitra’s commentary, comparing the two editions mentioned above, (his work consists of 859 computer pages). On the basis of his research on that teaching he has given several retreats during which he has taught parts or specific explanations and practices, such as Khorde Rushen, practice with sound and so forth that are clearly explained in that commentary.

We would like Rinpoche’s years of dedicated work not to remain just in a language that only a few scholars can understand nowadays. To unearth that treasure we have set out a project of translation of both the root text of the All-Penetrating Sound Tantra and its commentary written by Vimalamitra.

The Translation Project will be under the Ka-ter translation project of the Shang Shung Institute Austria. Chögyal Namkhai Norbu has indicated Adriano Clemente as the coordinator of the translation. Artur Skura has been suggested as the project coordinator, and Oliver Leick as the person in charge of funds.

To make the work of translation smooth and fast we thought that the root text should be translated by only three people: Adriano Clemente, Jim Valby and Elio Guarisco.

Once the translation of the root tantra is complete we will start the translation of the commentary. The commentary is extensive and it would be very difficult for two or three people to complete the work in a reasonable amount of time. For this reason it will involve team work with more qualified translators such as Donatella Rossi, Giacomella Orofino, Enrico Dell’Angelo, Fabian Sanders, and Tetsu Nagasawa.

The qualified translators will be assigned sections of the commentary to translate according to their individual capacities and time. Those in charge of the revision and editing of the translation at its completion are Adriano Clemente and Elio Guarisco.

The work of translation of the Tantra has already begun!

Up to now Jim Valby has been collecting the different versions of the text printed in various locations in Tibet and the Himalayas. He is in the final phase of placing these versions side by side in Tibetan and in the Wylie transliteration system (a Romanized form) in order to compare them during the process of translation.

The actual translation will start in the coming weeks with Jim Valby producing the basic draft step by step supplemented with clarifying notes from the Commentary edited by Chögyal Namkhai Norbu. Each part of the basic draft will be revised first by Elio Guarisco, and then by Adriano Clemente.

The work on the translation of the root-text will last for approximately one year.

The extensive work of translation of the Commentary edited by Chögyal Namkhai Norbu will begin officially once the Root Tantra has been translated.

Become part of this exceptional new initiative of the Ka-ter Translation Project, become a sponsor of the DRA THALGYUR TRANSLATION PROJECT!

Please send your donations to

Name of the bank: Raiffeisenbank Ilz

You can also send your donation via Paypal, the mail address for PayPal donation: o.leick@shangshunginstitute.org or you just use this link: PAYPAL or you use our web-safe donation-site.