The latest issue of The Mirror issue 138 December 2017 is available in pdf and can now be downloaded. If you are a member of the International Dzogchen Community you can download the issue for free from dzogchen.net by logging in and searching the dropdown menu under your name for “Mirror”. If you are not a member you can download the issue for 5 euro from melong.com. The issue can be found on the right under Chögyal Namkhai Norbu’s program of events.

The December 2017 issue of The Mirror brings its readers teachings and advice from Chögyal Namkhai Norbu as well as a variety of news items from the International Dzogchen Community worldwide.

Rinpoche’s teaching on ‘The Importance of Being Present’, from the Longsal Rushen Retreat in early 2017, is followed by his advice to the Community via webcast on the future of the Shang Shung Foundation.

This issue features news about Lekdanling, the Tibetan Cultural center in London, UK, and the many activities of Shang Shung UK, including their planned Festival of Mind to be held in London in May 2018. 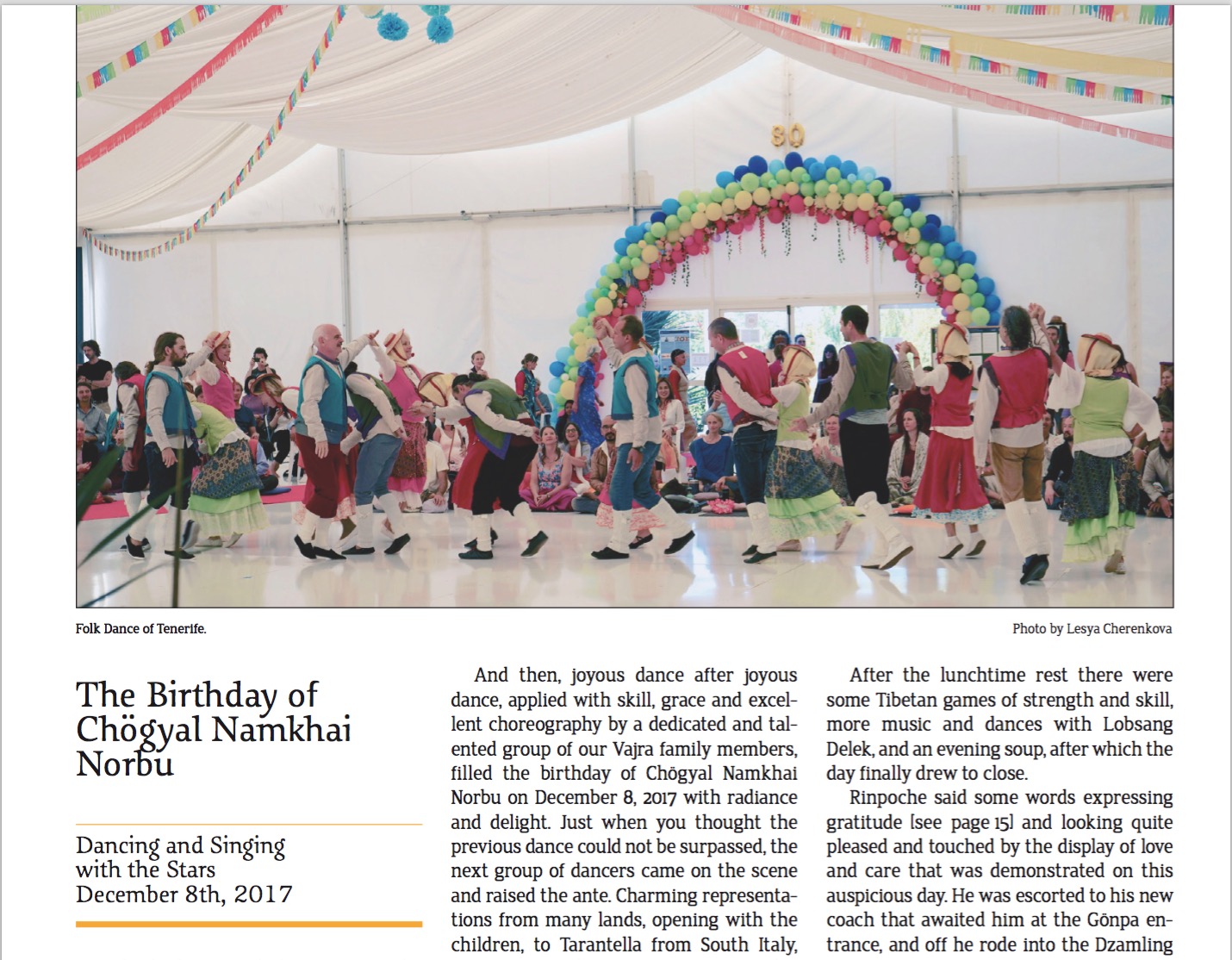 There are reports and photos on the festivities for Rinpoche’s birthday held at the Global Gar, Dzamling Gar, in Tenerife in early December, in which Tibetan singer Lobsang Delek participated together with Community members from far and wide who had come together for this celebration. 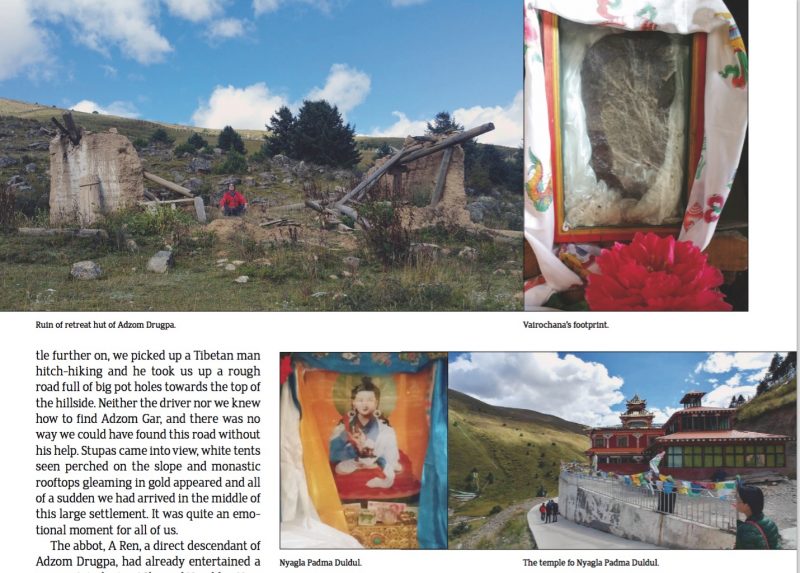 As usual we have reports from some of the Gars around the world on their recent activities and plans for the future and sadly announce that a fire at the beginning of December destroyed part of the Shangpa Karma Ling center in France. Other news items present the founding of the Italian Association of Tibetan, Himalayan and Mongolian Studies, Kumar Kumari Yantra Yoga for children in Rome, and the Presence and Awareness Sangha retreat held at Namgyalgar in Australia. 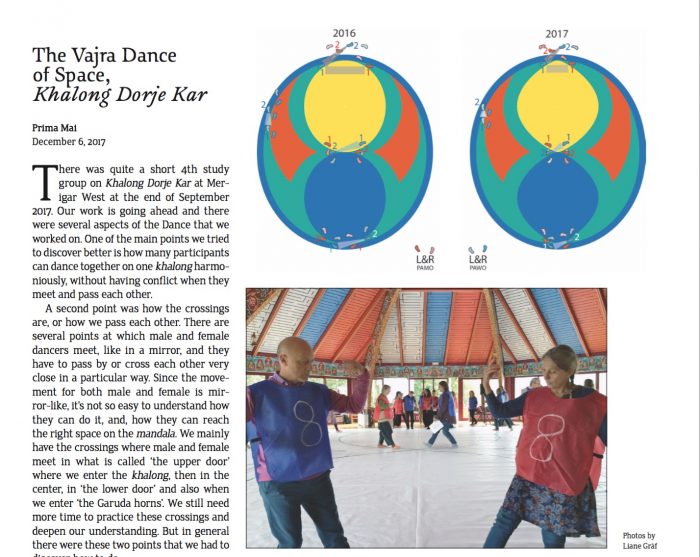 Oni McKinstry talks about her fascinating trip to Gyarong and Adzom Gar in Tibet with Fabio Andrico, Prima Mai gives an update on the ongoing study of the Vajra Dance of Space, Khalong Dorje Kar, and Elio Guarisco writes in depth about the Application of Presence.

This issue our artist and master paper maker is Sheryl Jaffe from Massachusetts, while Curzio Aloisi tells the story of How He Met Chögyal Namkhai Norbu. 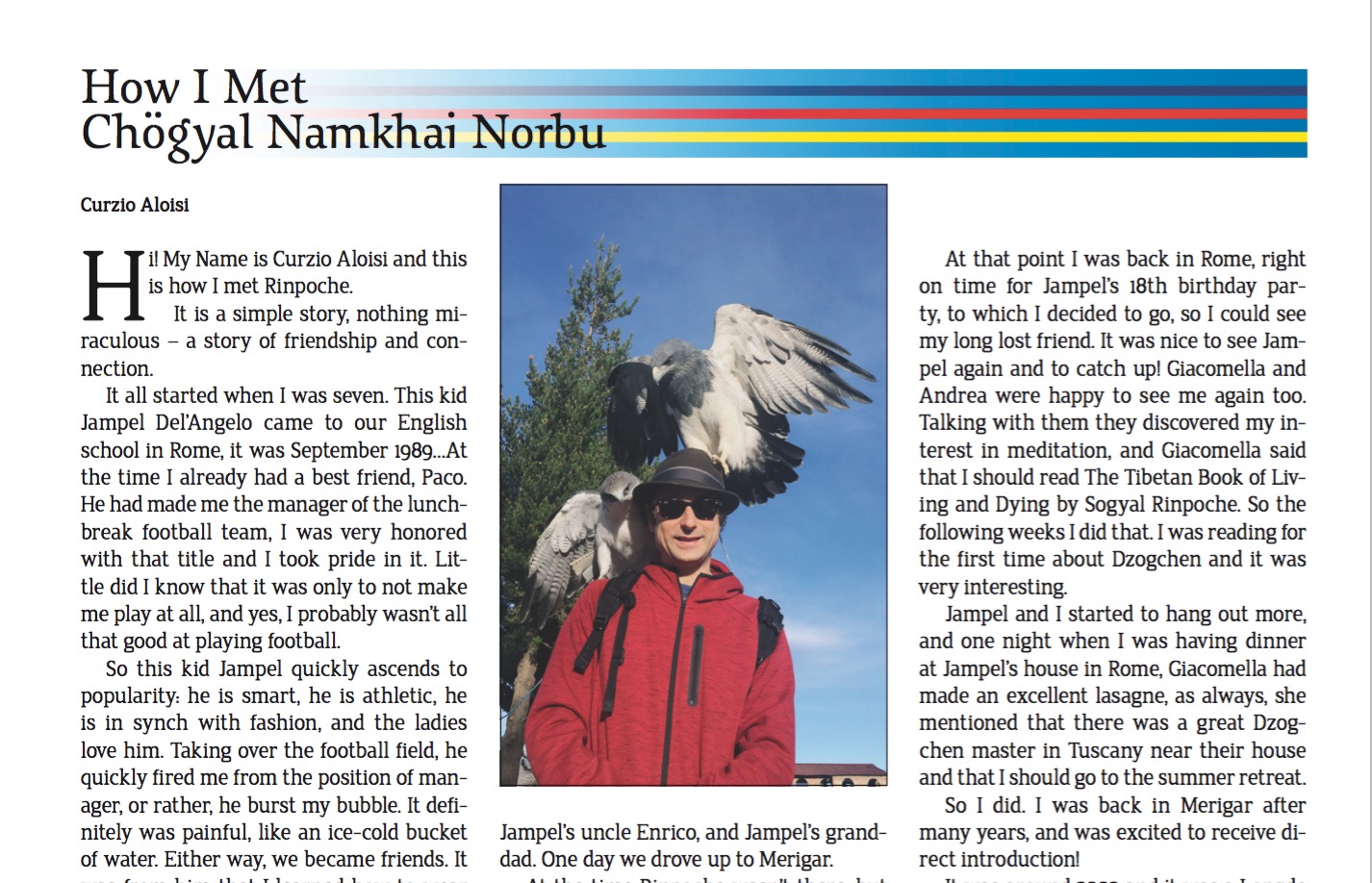