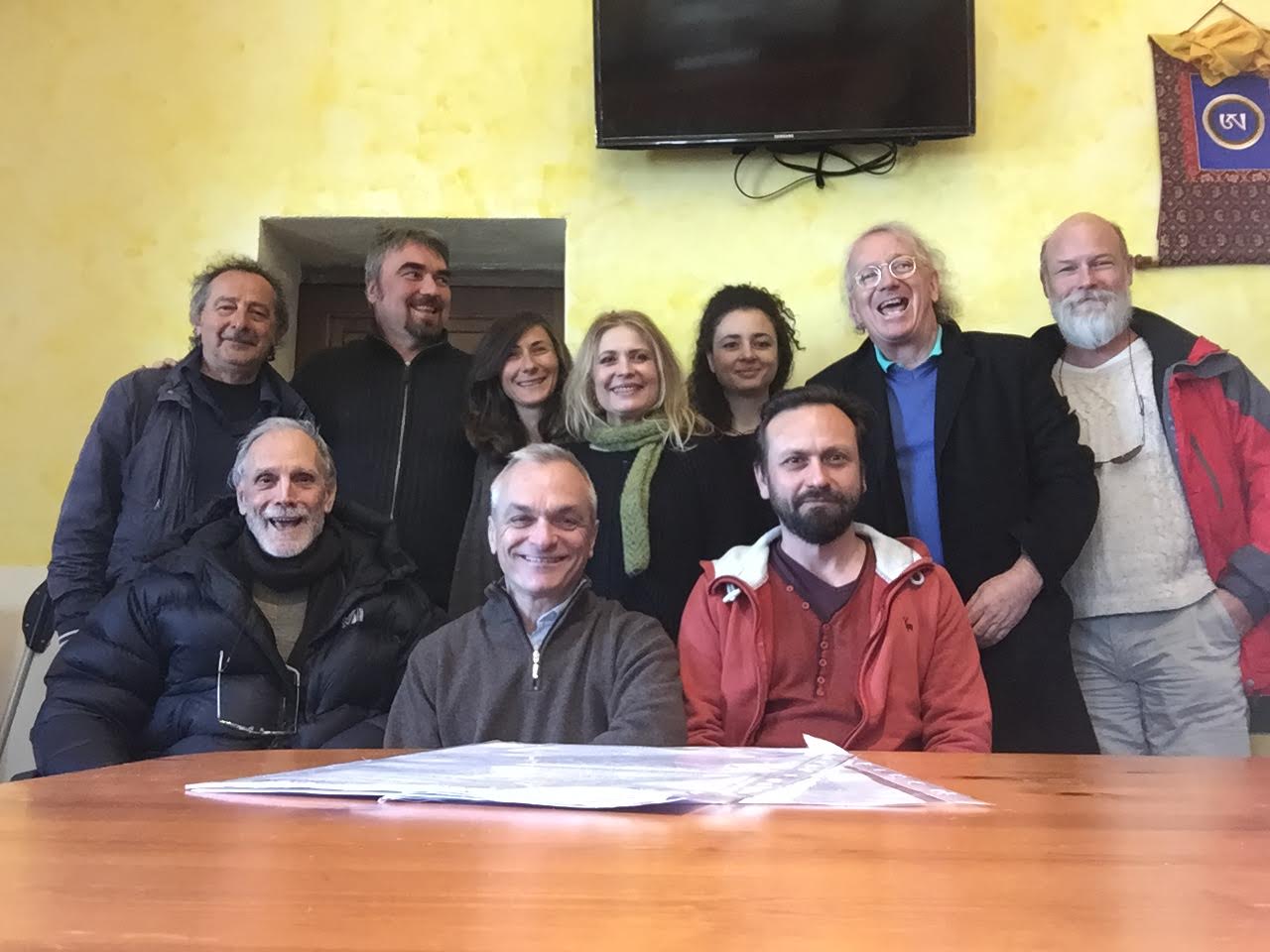 As you probably know already, two years ago, on January 2015, Chögyal Namkhai Norbu, Rosa Tolli, the International Dzogchen Community and Merigar Dzogchen Community founded the “Shang Shung Foundation, International Institute for Tibetan Culture”, which replaced in its new legal structure the existing Shang Shung Institute Association. The first SSF president was our dear Enrico, who passed away last December. After a short period of vacancy, Chögyal Namkhai Norbu has chosen Oliver Leick to lead the Foundation towards the goals established by the Founders which Enrico skillfully started to develop during his only two years of presidency.

Oliver had quite a tight schedule during his visit, which started on Sunday the 5th of March until Thursday the 9th in the evening, when he got back to Florence and from there to his home in Austria. During these five days Oliver met with each member of the staff, individually and collectively, asking questions, gathering information and outlining his plan for next couple of years of Foundation activities. One of the objectives he mentioned is the opportunity to organize locally and internationally special events linked to the 30th anniversary of the Shang Shung Institute, which will happen in 2019. Another objective is to reunite organically the different international branches of the SSI under the umbrella of the Foundation, to give it a stronger image worldwide and pursue efficiently the goal of sharing the values and benefits of Tibetan culture and Dzogchen “public” teachings such as Yantra Yoga, Tibetan Language, Medicine, Khaita, all over the world.

Oliver thanked and congratulated the SSF and SSP teams in Merigar for what they have done during the last couple of years, overcoming difficulties of all kinds. He also reminded us that our organization is different from any other in the world. We are part of the Dzogchen Community and we must remember what Rinpoche has taught us in all these years, which is to keep our presence and contemplation state in a relaxed way, both when there is calm and when there is movement and confusion around us. Oliver also invoked stronger communication and transparency. There are still too many people in the DC who do not know that the Foundation exists, which books are going to be released or which activities have been planned and which have taken place.

All in all, there was a lot of good feeling and humor during these meetings and discussions. Oliver told us many stories and personal experiences from his forty years long activity as a student of Rinpoche and his own various roles within the Dzogchen Community. As you can see from the attached picture, taken at the end of the general meeting of all the staff present in Merigar the last day of Oliver’s visit (some of us were in Tenerife for the new year retreat), we have had some good laughs together. At the end we all wished Oliver a great success in his new role of leading the Shang Shung Foundation towards its future.