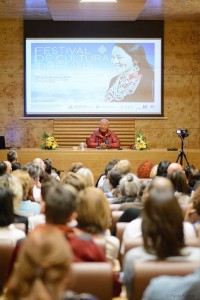 About an hour and a quarter’s drive separates Dzamling Gar from the Museum of Man and Nature in Santa Cruz, Tenerife, where the weekend of Tibetan culture organized by Dzogchen community took place. This year was the fifth edition of this festival, which over the years has been improved a lot.

The festival opened with a brief speech by Chögyal Namkhai Norbu about Tibetan culture, with reference to the five arts (logic, grammar, applied art, medicine and Dharma). After the Master, those practitioners present and also many local people were able to enjoy a short performance of traditional Tibetan songs.

On Saturday morning the inner courtyard of the museum was the venue for a lesson on how to prepare momo, a traditional Tibetan dish. The many local people present were captivated by the preparation of this exotic dish, not very well known but really enjoyed. At the end of the lesson those present got together for lunch with the food they had prepared. The afternoon was the time of Tibetan games, like pagchen and migmang and people of all ages played, from children to the most mature and capable players. 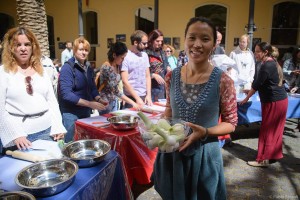 The evening was dedicated to traditional Tibetan songs and dances and khaita dances. The audience was large and the show, alternating between explanatory presentation, singing and dancing, was a great success. Even practitioners now accustomed to seeing and practicing the khaita dances more and more often were fascinated by the fantastic performance of the dancers. 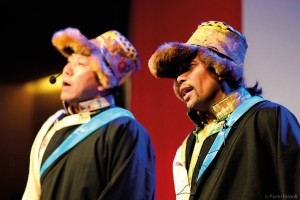 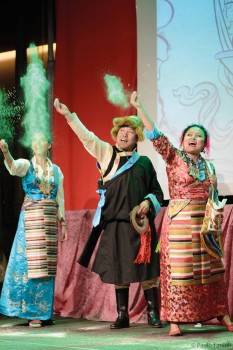 Sunday morning opened with Kumar Kumari Yantra Yoga for children, which many Canarian children followed with incredible attention. After this there were demonstrations of Yantra Yoga and Vajra Dance given by experienced practitioners and teachers. Many locals were captivated by the movements of the practitioners and at the end of the demonstrations leaflets were distributed that many were happy to receive. At the end of the day we all danced together. Practitioners showed the dance steps to the local people who with joy and commitment tried to follow the steps of the more expert dancers. 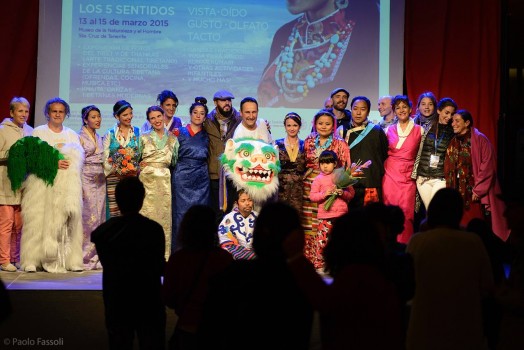