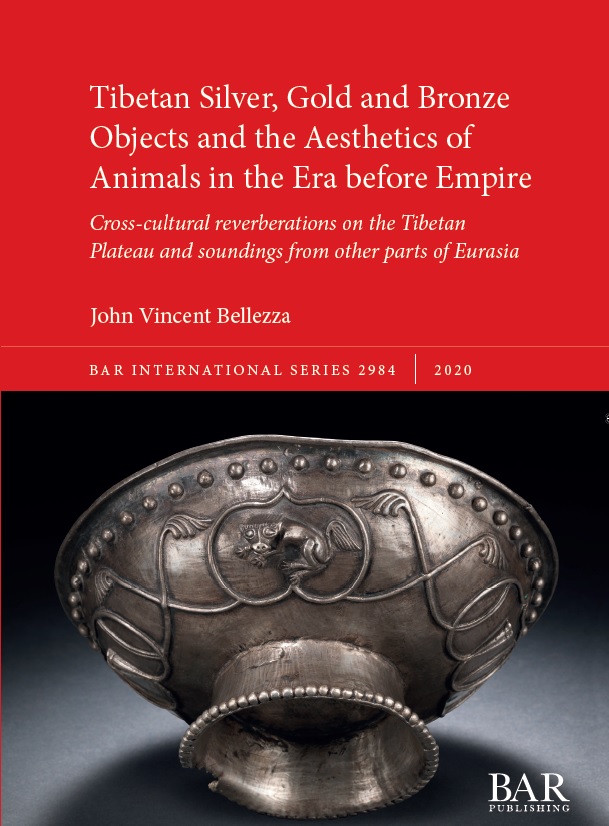 John Vincent Bellezza, scholar, explorer, pilgrim and writer is not a new author in the field of historical and archeological works regarding Tibet and central Asia in general. He is the foremost specialist in the archeology, ancient culture and history of Tibet and has lived in the Himalayas for over a quarter of a century.

Starting from his classical books such as the two volumes on Antiquities of Northern Tibet and Antiquities of Upper Tibet published in 2001 and 2002 through to his magnum opus Zhang Zhung – Foundations of Civilization in Tibet published in 2008 and finishing with The Dawn of Tibet: The Ancient Civilization of the Roof of the World in 2014, Bellezza is completing a huge and definitive work on the archeology of Tibet and its ancient history.

Thanks to his profound knowledge of spoken Tibetan and different dialects of the Tibetan plateau, his research is a living legacy of his innumerable journeys in loco made in over thirty years supported by a continuous observations given by his Tibetan sources both lamas as well as simple nomads.

I can still recall his masterly article on bronze talismans called Thopchas: Talismans of Tibet published by the famous magazine Arts of Asia in 1998. The graphic quality and depth of his research was complete and detailed even in such a short article as that one, and was a font of knowledge for all kinds of readers ranging from Tibetologists to art collectors.

Over the years John Vincent Bellezza has authored twelve books and innumerable articles. His last academic research on ancient Tibet is his most recent work, Tibetan Silver, Gold and Bronze Objects and the Aesthetics of Animals in the Era before Empire, which follows the quality of his previous ones and is the natural continuation of his work. After a short introduction that clarifies the scope of the book and its contents, chronology and localization, he uses a comparative approach of metallic objects and rock art with complementary textual and ethnographic accounts.

A very interesting paragraph is dedicated to the provenance and questions concerning acquisition and ownership of antiquities in today’s world, giving interesting suggestions about how to face this aspect.

The first chapter opens with a presentation of two Tibetan silver bowls of the Late Prehistoric era and goes on to cover many other aspects of Tibetan metallurgy, illustrating and explaining characteristics of thokcha and different copper alloy plaques. The chapter also describes the form, the decorations and the manufacturing technique of many different vessels belonging to various stages of the artistic and handicraft development of the Tibetan plateau. A detailed description is also given of the most famous silver vessel in Tibet, the flask preserved in the Songtsen Gampo chapel of the Jo-khang cathedral in Lhasa, that still today is filled daily with offerings of beer.

The second chapter is dedicated to the Tibetan gold finial (ornaments) of the Late Prehistoric era and other similar objects such as earrings and fibulae, narrating how, at the zenith of its political power, Tibetan expansion acted as a catalyst for intellectual, aesthetic, and commercial exchanges with surrounding peoples.  This exposure led to an enrichment of Tibetan metalworking, which adopted cosmopolitan forms and styles, particularly evident in Tibetan vessels made of precious metals. This chapter also gives more ample descriptions of copper-alloy fibulae with beautiful color illustrations of the best pieces.

The third chapter talks about Tibetan copper-alloy jars and cauldrons in the Late Prehistoric era. Of interest is the decorative role adopted with animal figures such as ducks and geese.

In the fourth chapter we find the most interesting part of the book describing Tibetan copper-alloy trapezoidal plaques of the Late Prehistoric era with tigers and various geometric patterns. Full of charm is the bronze plaque of probably Tibetan origin, with its trapezoidal form crowned by six tigers. Another famous piece described in this book is a Tibetan copper alloy mirror engraved with concentric circles, diamonds, and volutes. This piece belonged to the late Tibetan collector Namgyal G. Ronge, an authority on this matter. The chapter goes on to describe many other trapezoidal plaques decorated with rows of free-standing birds, some with pheasants, others with owl-like heads, and still others featuring antelopes, snakes and predatory animals.

Chapter five describes the cross-cultural and inter-regional comparison that links these Tibetan objects with the Eurasian Steppes, the Scythians, showing that even before the invention of writing, in the Imperial period, Tibet began to absorb the knowledge of other peoples of Iran and neighboring countries.

Chapter six shows the Eurasian animal style in northern Pakistan and North Inner Asia, the heritage of the Saka. The chapter goes on to describe thokcha, in particular round copper alloy buttons with circular petals called “flower disks”, ornaments featuring frogs inside circles, and last but not least the beautiful copper alloy open work plaques which feature a popular design known as the endless knot.

In chapter seven a profound analysis of the features of rock art in the northern territories and the Tibetan plateau presents many pictures depicting petroglyphs in places such as Ru-thog, Ladakh, Zangs-skar and so on done in the Iron Age and proto historical periods.

The book ends with a profound analysis describing why a wide spectrum of people adopted inter-related forms of zoomorphic art in Eurasia and China and how different cultures over a vast territory fashioned artistic representations with certain aesthetic traits.

With this publication BAR Publishing house, based in Oxford, has added another little jewel to its already rich and high-quality catalog of books dedicated to the archeology and history of central and eastern Asia. Finally I would like to personally thank John Vincent Bellezza, our “Indiana Jones” in Tibet, for the time and energy he has profusely dedicated in writing and collecting historical data about ancient central Asian civilization. His writings have become a legacy of all mankind.

I’m always amazed by the quality and quantity of his literary production, his brilliant mind, and the vast quantity of his new works. In the meantime I have just come to know that his last work, Drawn and Written in Stone, also published by BAR, has appeared. Looking forward to the next chapter in his never-ending literary adventure. Thank you Vincent!