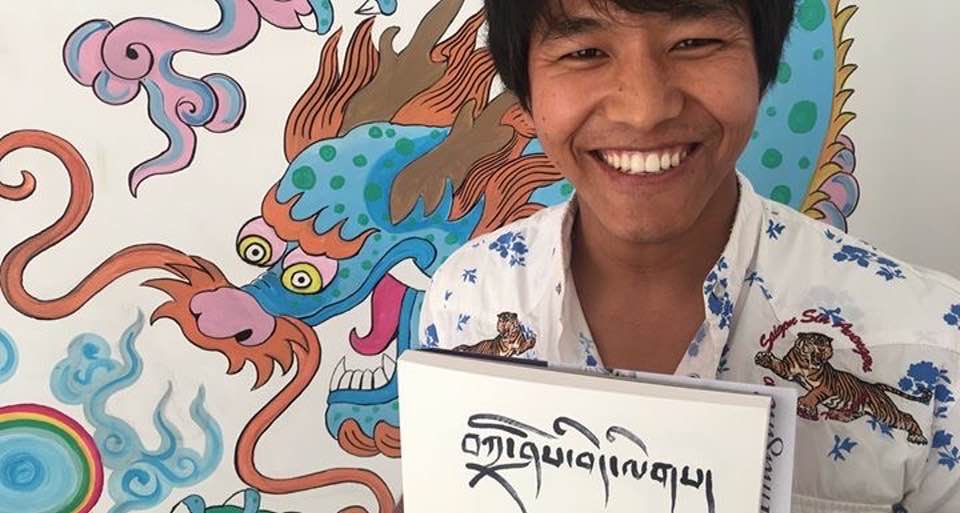 On July 3 and 5, 2019, we had a two day Tibetan Ume ( དབུ་མེད། cursive script) calligraphy course with Kunga Tenzin at Dzamling Gar. I had previously admired Kunga’s lettering when seeing the photos of his exhibition organized by ASIA onlus at Zhenphenling Comunita Dzogchen, Rome; however it is only while talking to Kunga here at the Dzamling Gar Bookhouse that I’ve discovered that he is a real expert in various types of Tibetan calligraphy – both Ume and Uchen (དབུ་ཅན། headed print style letters), as well as Drutsa (འབྲུ་ཙ། a mix of Ume and Uchen) and Gyuk Yig (རྒྱུག་ཡིག། everyday handwritten cursive).

During the course Kunga based his explanation on the “Necklace of Zi” book by Chögyal Namkhai Norbu, a text which presents the antiquity and authenticity of Tibetan culture. Rinpoche demonstrates how Uchen derives from an Indian script, while Ume derives from an ancient Shang Shung script called Mar (སྨར།). While I did know this explanation before, it is only during the course that I had a deeper understanding in the most practical and direct way while writing Ume letters that are so different from Uchen. 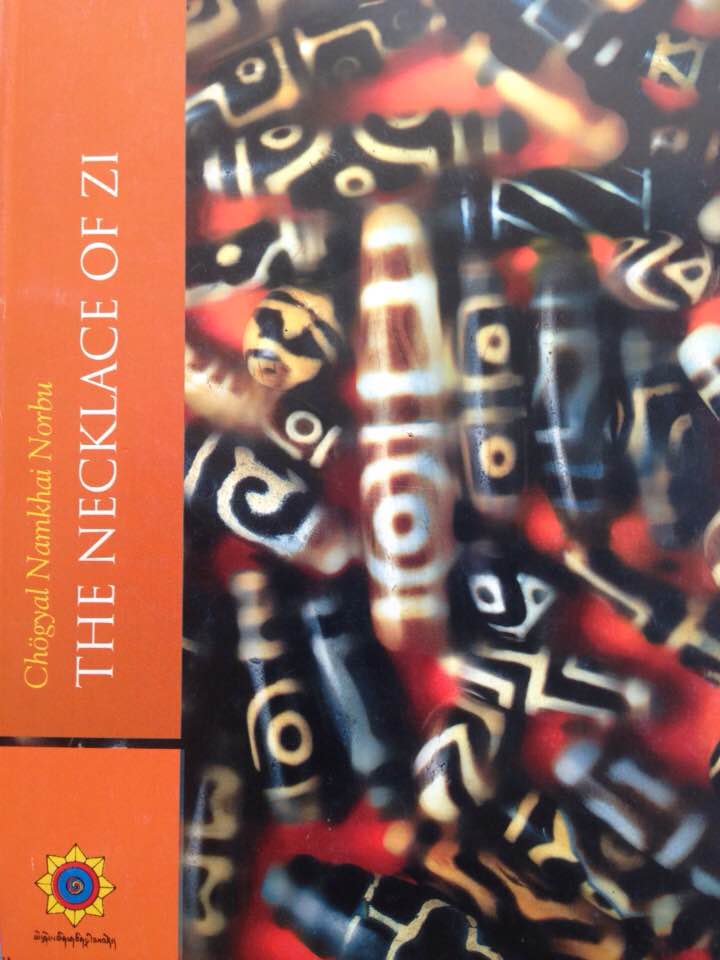 On the first day we went through the all the letters of Tibetan alphabet one by one; three hours were barely enough! On the second day we continued with vowels, super and subscribed combinations. Then we were finally ready to practice writing complete words: Dzamling Gar, Tashi Deleg, Om A Hum mantra and (obviously!) Khaita.

We were a nice small group, meaning that Kunga could work individually with each of us and that worked out really well. Besides the linguistic side, the course also had a great artisctic touch, as Ume really invites you for a personal artistic expression. Kunga gave an example of his calligraphy teacher back in India, a geshe, who called Uchen a male script – bold, strong and somehow square; and Ume a female script, comparing it to a beautiful, tall, slim, elegant lady. 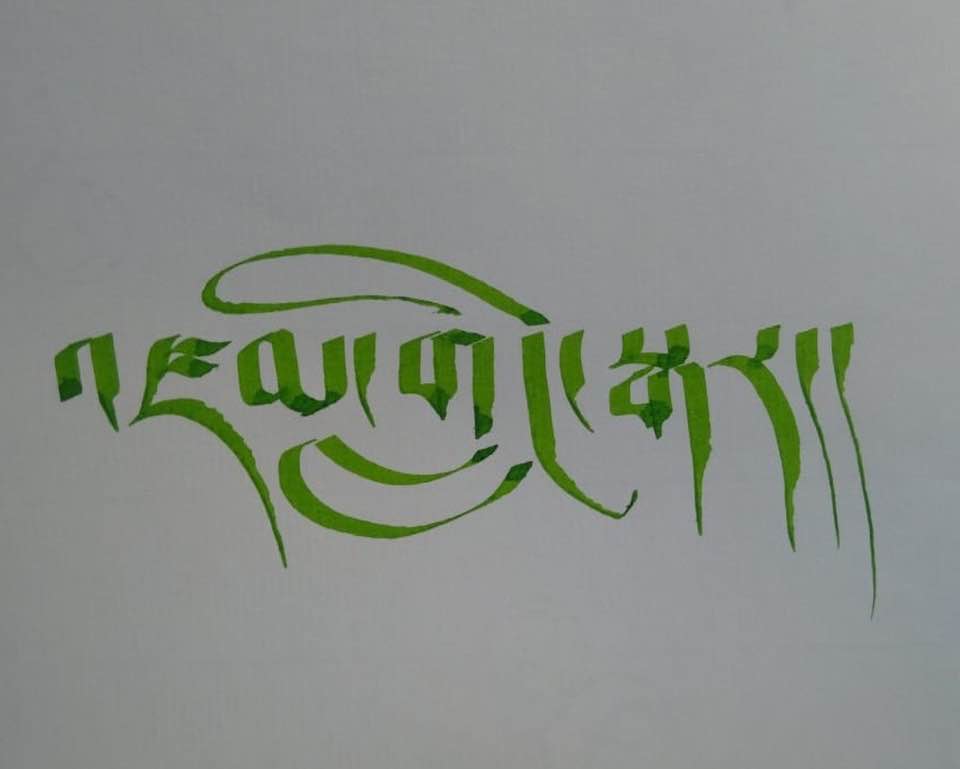 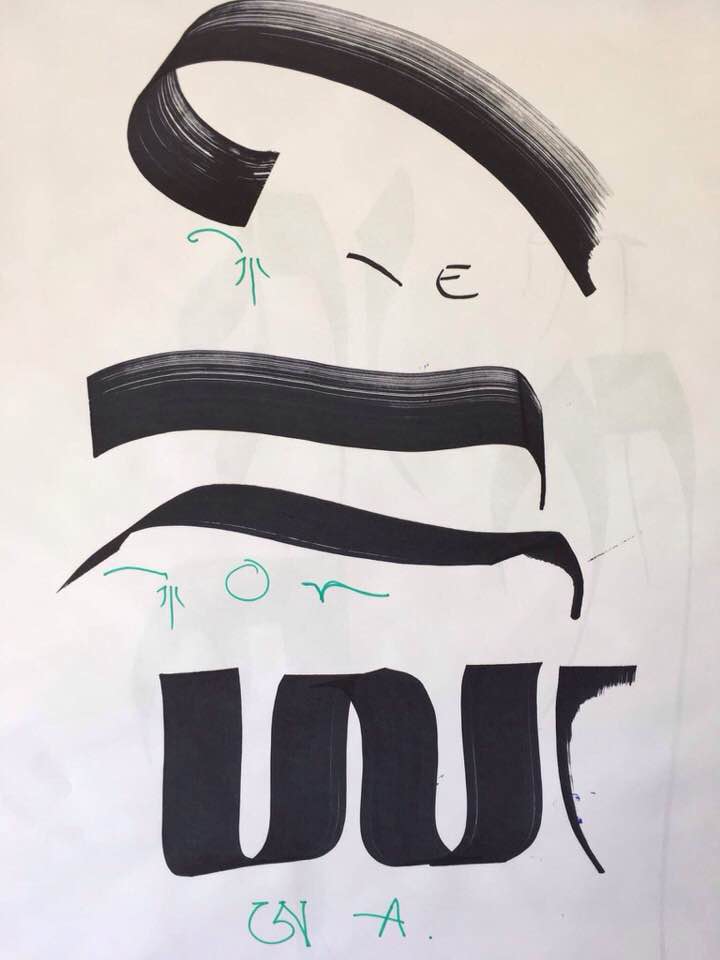 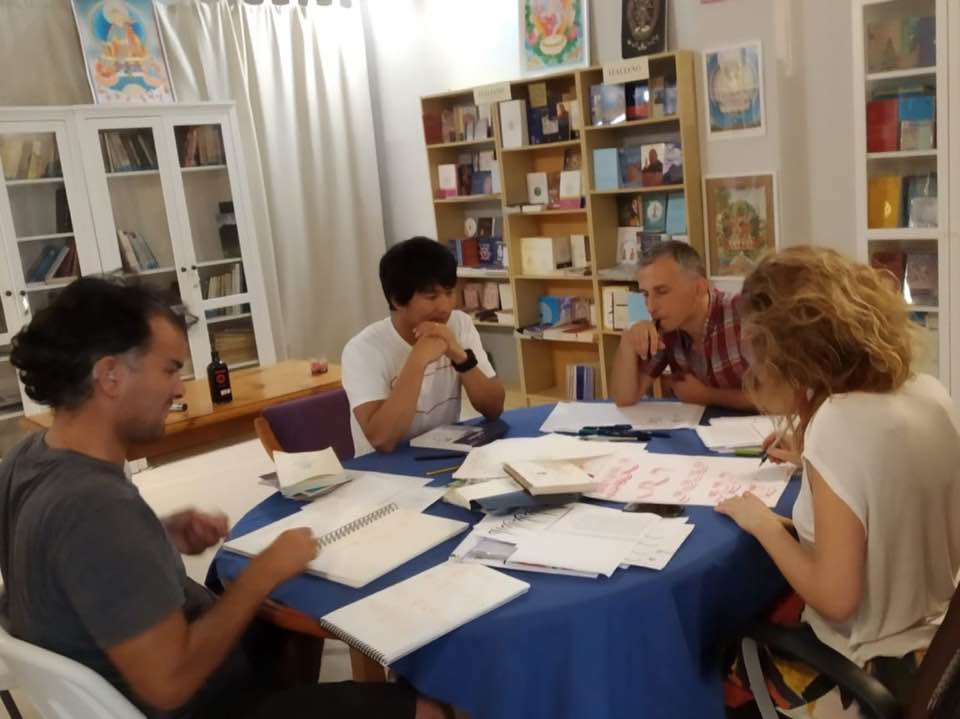 We really enjoyed the course; it also felt great to have the second day taking place at Dzamling Gar Bookhouse as it gave us a chance to consult various library books, some of them hand-signed by Rinpoche (in Gyuk Yig writing, as we have discovered!) We hope to continue studying with Kunga and wish him to continue unfolding his talent and transmitting his knowledge and skills to we the fortunate students.