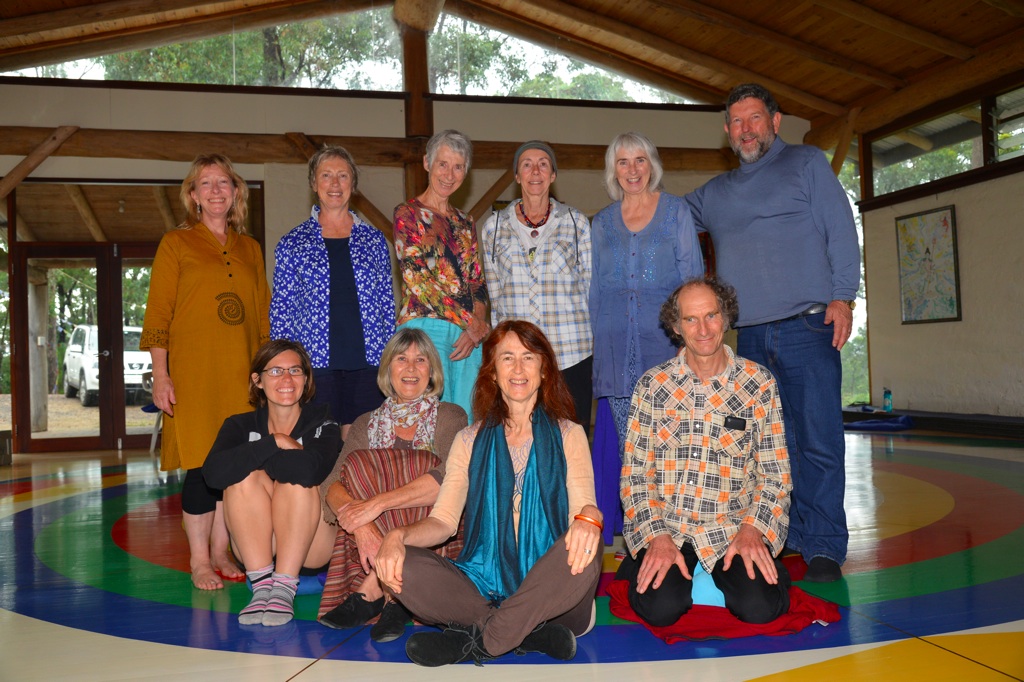 The summer sun was beating down when I arrived at Namgyalgar South for the Dance of the Three Vajras retreat. I was a day early, the semdzin crew led by Elise Stutchbury were just leaving, though a few were staying on for the six day dance retreat. The Gar was looking resplendent from a months pre Xmas rain and the newly restored caravans painted in the the colours of the five elements were sparkling. It was lovely to catch up with old friends in the campers kitchen and be welcomed by Georgia, our newly installed Gekö. There was even time for some beach going at our fave Mystery Bay and co-op food shopping before our retreat began.

Our dance teacher, Lynne Geary began each morning and afternoon session with Guru Yoga of the White A, after which we stepped onto the mandala for the Dance of the Three Vajras. Once we had revised our steps and mudras, Lynne announced she would teach the “irregular Om A Hum” so we could try the thun of three rounds, then graduate to six rounds of this wonderful dance. I was extremely happy about this having watched it danced in July at Tsegyalgar East where seven mandalas full of dancers created a slow kaleidoscopic pattern of colour and movement that went on for an hour. It was so powerful that even just watching from the sidelines; I felt a kind of benefit as if I had been dancing it myself. 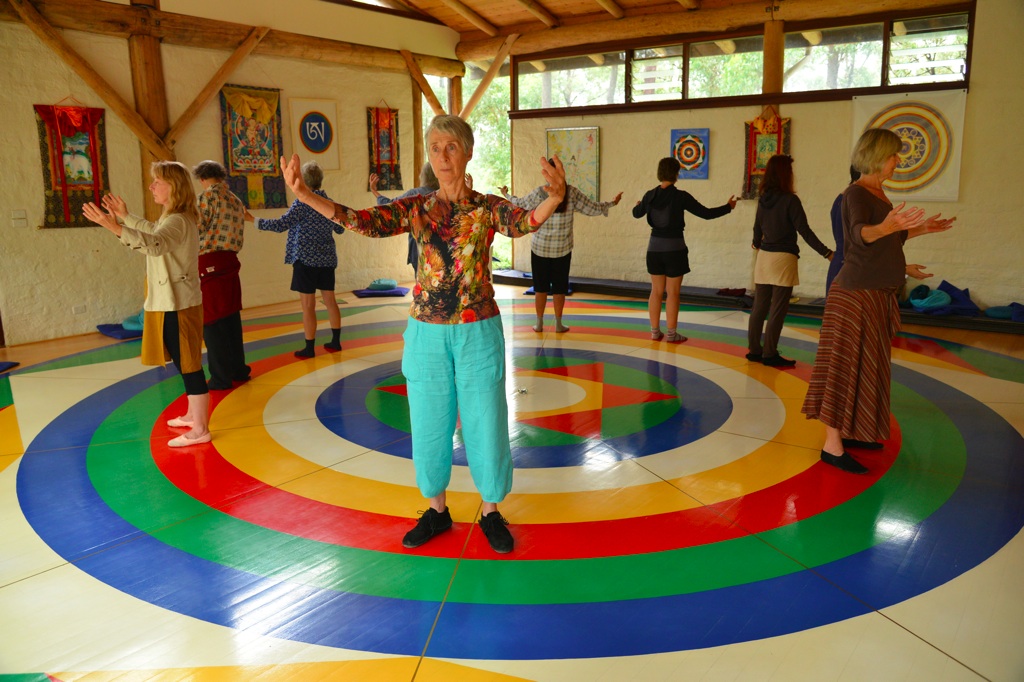 By day two the rain began to pour but snug in the Gonpa we carried on, attempting three rounds of the “irregular” and on day three doing six. Once I relaxed my breathing and tried singing the Om A Hum as I danced, I was able to feel the full benefit of the practice – a state of deep relaxation and joy. Aha! Finally after all these years I got it!

You can feel the presence of our Master Chögyal Namkhai Norbu in the wild Namgyalgar South landscape – he has visited often and we have been practising his teachings here for 20 years. With the great company of new and old vajra friends, excellent teachers, cosy caravans, delicious meals and a chance to do a bit of karma yoga, we are glad we have made the time to come. 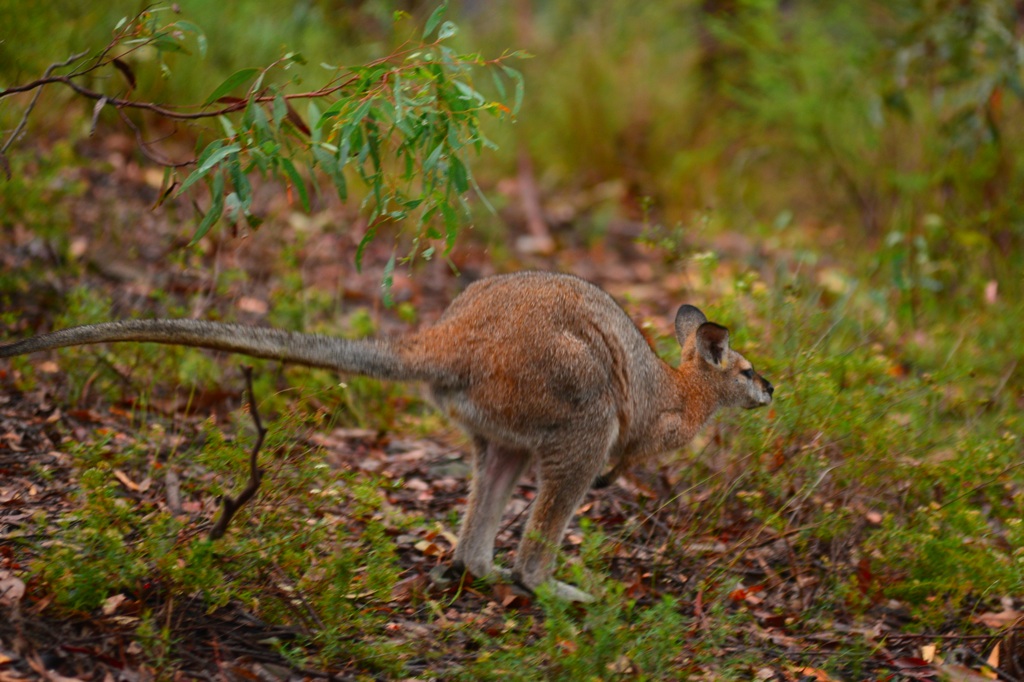 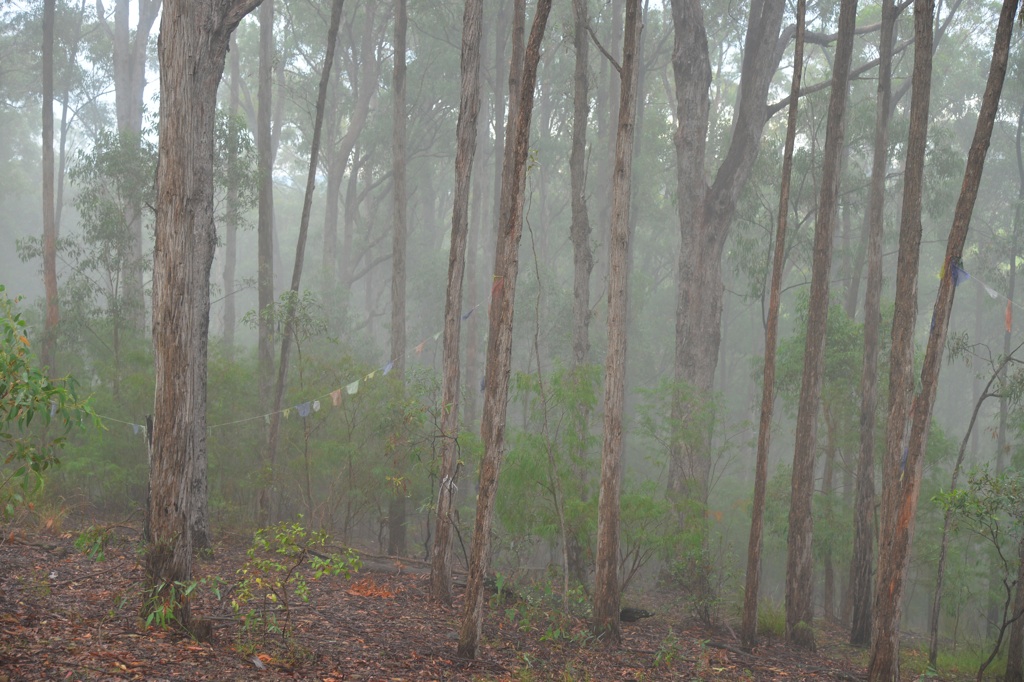