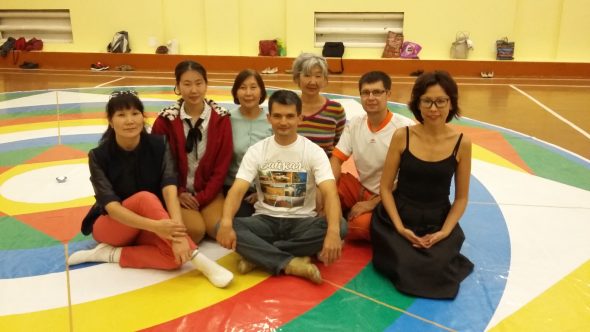 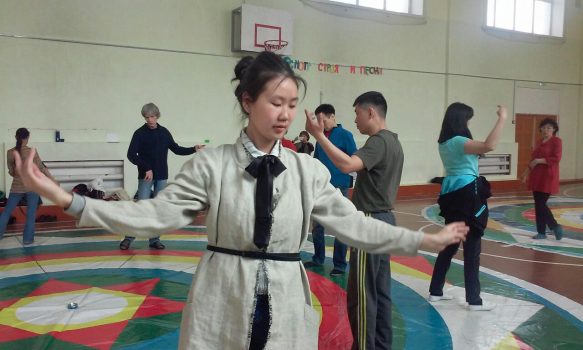 The Dance of the Vajra is part of the Dzogchen Teachings transmitted by the world renowned Dzogchen master Chögyal Namkhai Norbu.

The Vajra Dance can be practiced by up to twelve dancers, six men and six women. Following precise sequences of steps, the men move in a clockwise direction while the women move counter-clockwise on a big, five-colored mandala of concentric circles and triangles.
The movements are coordinated by the sound of sacred syllables (mantras), which can be found in the original texts of the Dzogchen Teaching. On special occasions, the dancers may wear original multi-colored Vajra Dance costumes.

Since 1991 Chögyal Namkhai Norbu has taught four different Vajra Dances which can be practiced separately or combined together.

To learn the Dance of the Vajra one should attend a course led by a qualified teacher of the International Dzogchen Community. Afterwards the dance can be practiced on mandalas all over the World.

Since 2011 the Dance of the Vajra has been associated with the CID, the International Dance Council, founded in 1973 by UNESCO.