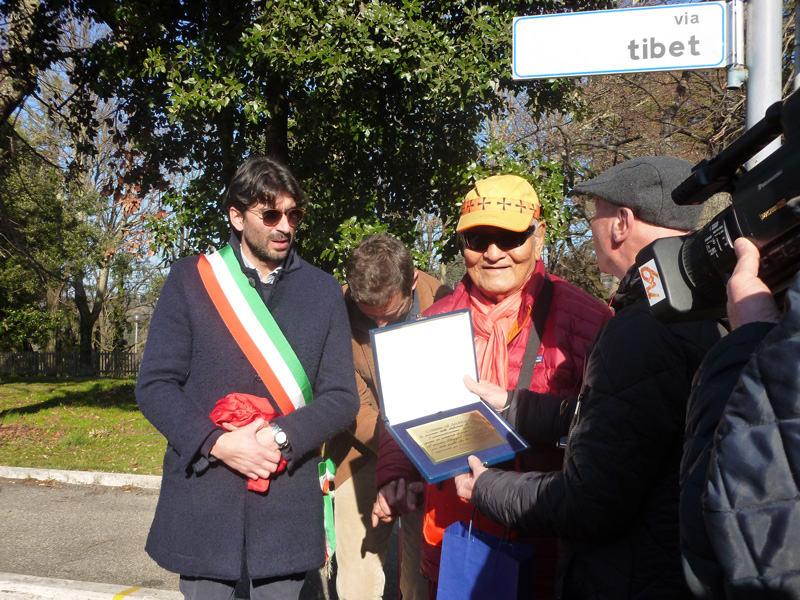 On Saturday December 17th, 2016, the Mayor of Arcidosso, Jacopo Marini, and Chögyal Namkhai Norbu inaugurated the newly named ‘Via Tibet’ in Arcidosso. The municipal councillor for culture, Adriano Crescenzi, was also present and presented Prof. Namkhai Norbu with a plaque commemorating the naming of the street and thanking him for his contribution over the years to developing a collaborative relationship between the International Dzogchen Community of Merigar  and the Municipality of Arcidosso. Several other councillors from the local municipality as well as local people gathered for the event. 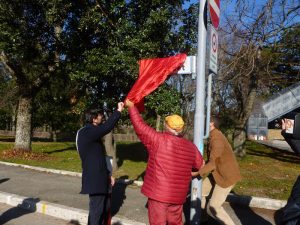 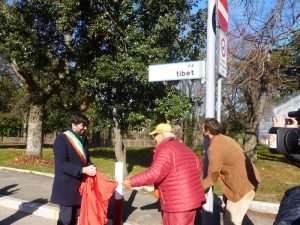 Via Tibet is the venue for the weekly Arcidosso street market and borders the small park where the Peace Monument, created during the 30th anniversary of Merigar, is located. 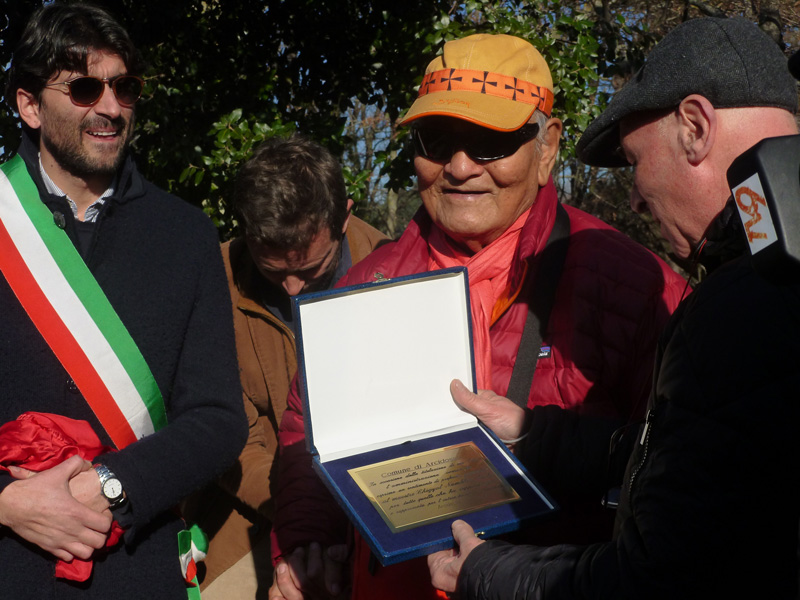 The event was attended by a large group of Dzogchen Community people who performed several Khaita dances after the official inauguration, under a bright winter sun.

The event concluded in a relaxed manner with the Master enjoying a capuccino at the local cafe, the Bagatto. 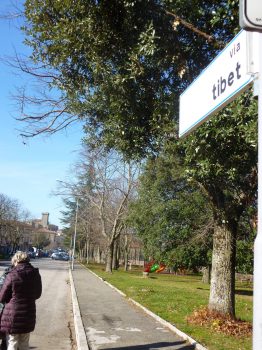