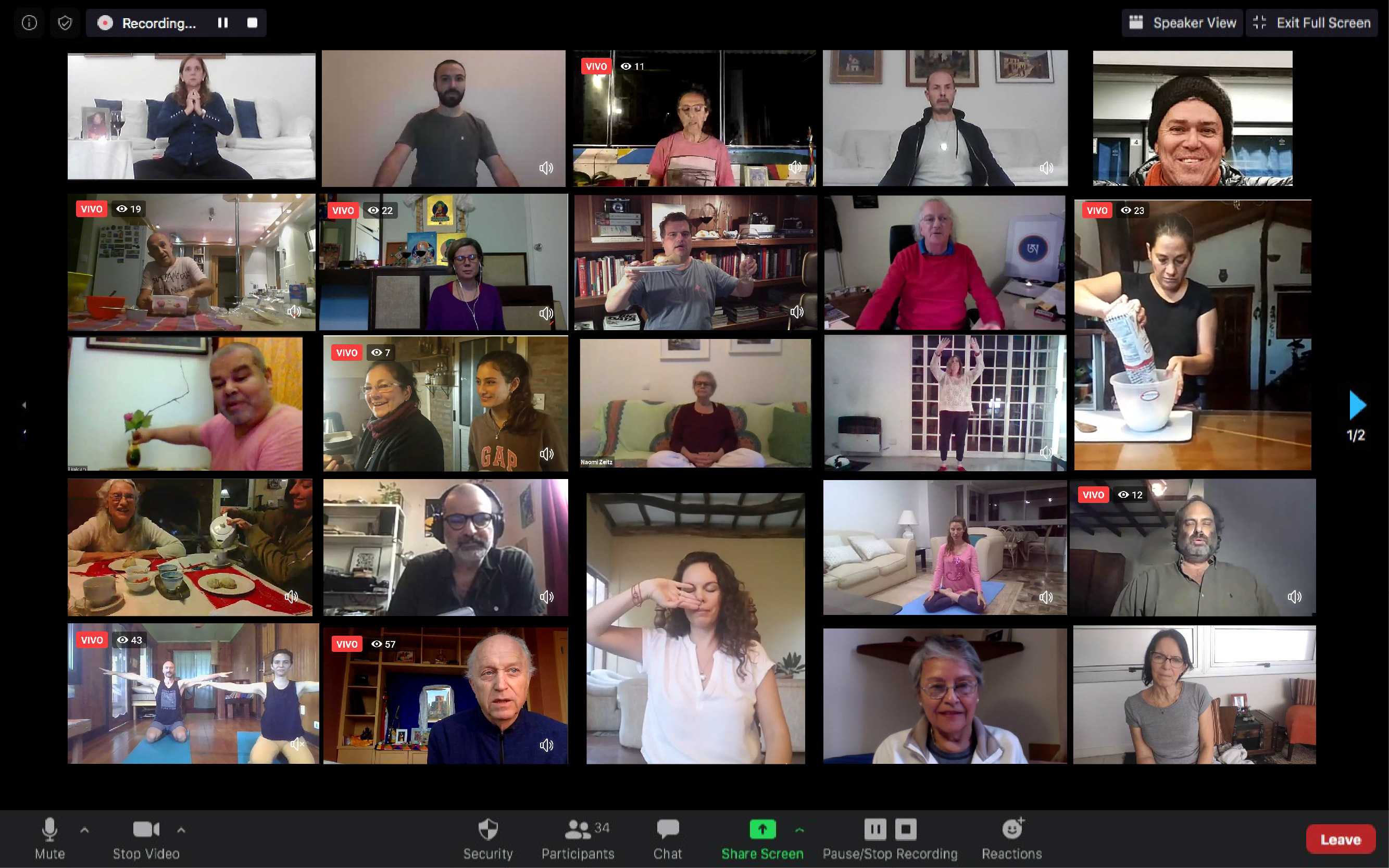 In Argentina the lockdown for the COVID 19 began on March 20th. All activities and programs at the Gar were cancelled, and everyone was compelled to stay at home.

As we were previously observing astonished and worried what was going on in other countries, we began to think about a new way to be together despite the compulsory isolation that we were guessing we would have to face too.

So we had this idea to create a Facebook group.

As maybe most of you know already, on the land of Tashigar there are a bunch of houses in which some instructors and practitioners live with their families, and also the secretary and the gekod live permanently there. But nevertheless, when the quarantine was launched officially, we were advised to remain isolated in our homes and to absolutely avoid social contact until the wave slowed down.

On March 15th we did our first practice together online. We made a call to all our local instructors to lead different practices such as Yantra Yoga, Green Tara, Mandarava, Ganapujas, Shitro, Short and Medium Tun, Dance of the 12 A, Khaita, Harmonious Breathing etc.

The Facebook group is closed and there is a requirement to have received transmission from Rinpoche to join it.

We also inform people about the ID for the zoom meetings we organize when we need to translate into Spanish, in case our brothers or sisters speak in English.

The group now has up to 625 members from all over the world and it is very nice to share and practice together with people that may be is alone in their homes or live in some very far place and now have this secondary cause that make it possible that this is manifesting.

We want to thank with all our hearts all senior and local instructors and advanced practitioners for sharing openly and generously all their knowledge and experience with all of us. And also our translators, technical team, designer, secretary, and all the people who are helping us to make this possible.

We are all really experiencing the strong feeling of being part of a huge and caring family, the Sangha, with the vivid presence of the Master and his Teachings. The three Jewels.