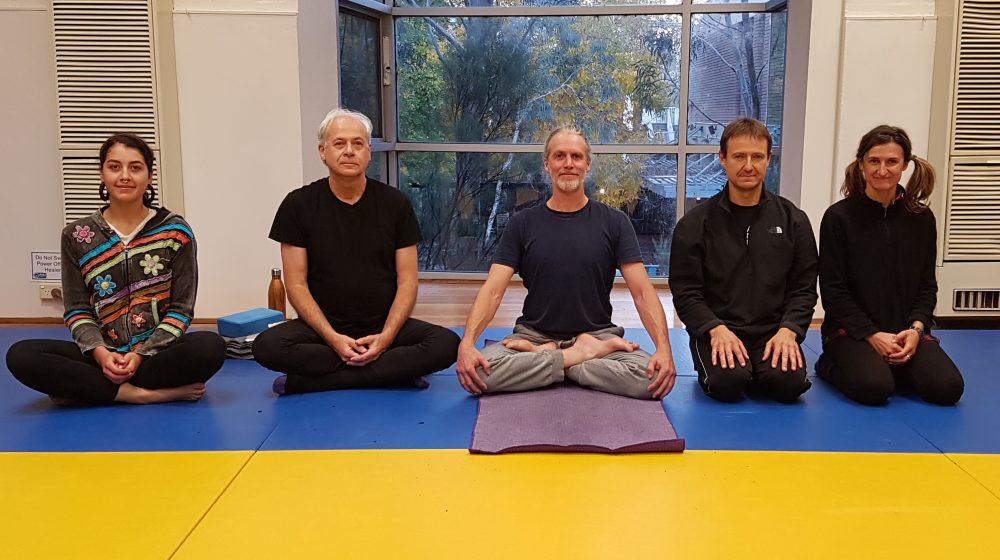 A small but committed group of students participated in an intensive open Yantra Yoga course held at the Australian National University (ANU) in Canberra over the weekend from Friday May 19th to Sunday May 21, 2017.

Under the auspices of the Shang Shung Institute in Australia, Instructor Mathew Long guided participants through the Base and First Module of the Yantra Yoga Open curriculum along with the wonderful Rhythmic Breathing, Pranayama for Harmonic Balance, from the Second Module.

Matthew has only recently resumed Yantra Yoga instructing in the Australian capital after a hiatus of a number of years to raise a family and run a business. He and the Shang Shung Institute Australia trust that new students were inspired by the course to establish a personal Yantra Yoga practice, which may even lead them to connections to the Dzogchen Teachings. Furthermore they hope that having opened a doorway for the Canberra public, and the students of the ANU in particular, that it is now in place to admit more interested people in the future with further open courses and public Yantra Yoga events being planned.